I am thrilled to be hosting a spot on the JUST SHELBY by Brooklyn James Blog Tour hosted by Rockstar Book Tours. Check out my post and make sure to enter the giveaway! 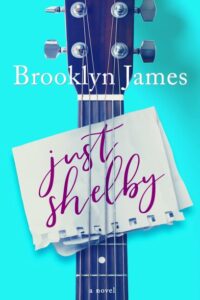 A secret note square found in a handmade guitar proves that small town gossip is not only ubiquitous but occasionally true. This gossip comes with strings rivaling those on Ace Cooper’s guitar, the safest strings he will ever have around his heart.

Ace’s father warns him to stay away from the Lynn girl. Daughter of a deceased bootlegger and a barely living addict, Shelby Lynn is no stranger to small town contempt. She keeps her nose in the books and feet to the ground, a college scholarship the only escape from her tumultuous life.

As Ace’s heartstrings unravel, so does his family’s role in Shelby’s broken past. Thrust into a precarious journey of their roots brimming with music and betrayal, the two have never been closer…to the truth of how Shelby’s father died. One truth transforms every facet of their lives forever.

A dual POV friends-to-first-love story, Just Shelby is an unsuspecting mystery that depicts how growing together can sometimes hurt worse than growing apart.

What isn’t on my nightstand! Draped over a pink lotus touch lamp is our daughter’s “Bubby,” a keepsake receiving blanket turned comfort object for her or a blackout eye mask for me. Not to be outdone, our son has parked his toy skid steer alongside Bubby, his contribution to the nightstand’s treasures. On its ledge sits a Tibetan singing bowl for morning affirmations or for burning sage and sweetgrass. Otherwise known as “smudging,” a custom that weaves its way into Just Shelby. Sage safeguards against negativity and eases insomnia, an affliction for this night-thinker. Sweetgrass attracts positive energies, an essential herb for this self-doubter. My husband’s pajamas are not folded neatly but strewn about the second shelf, also the resting place for any books of the moment: Three Cheers for Kid McGear, Judy Moody Was in a Mood, and Where the Crawdads Sing. The thing I am most proud of about our nightstand is that it does not hold a clock. There is nothing more disruptive to an insomniac’s sleep than a clock reminding her of how long it is taking to get to sleep and how much sleep is being lost. Besides, if you take note of the picture of our pet rooster “Cartwheel”—named such by our daughter and our son—you may have already surmised that we do not need an alarm clock. Cartwheel has much in common with the children’s book entitled The Rooster Who Would Not Be Quiet!

In general, cleaning and politics make me cringe. In regards to the writing process, endings always cause some flinching because there are endless ways in which to resolve any one story. The ending to Just Shelby was one of the most painless endings I’ve written. My first segue into Young Adult, the genre itself gave me a pretty clear direction. Reflecting on my own experience with first love and imagining my children’s future experiences with first love, I wanted to honor it as the wondrous sensation it is while bearing in mind that it is not the be-all and end-all, even though it feels that way when we are in it.

As a naturally driven and impatient soul, I have had to mindfully work on becoming a go-with-the-flow kind of gal. In life, and in motherhood and relationships specifically, this has proven to be an advantageous approach. For the most part it works wonders in writing, as going with the flow can inherently take a story to places unconsidered, ultimately resulting in a more organic and interesting outcome. But in the same breath, writing with the flow can come back to bite a writer in the arse, as it can result in tangents that only detract from the plot and ultimately have to be scratched. I liken it to making a ten-hour road trip out of a five-hour road trip where the detours just weren’t worth the time. Luckily with Just Shelby the mystery element kept me on track by providing a more linear trajectory in getting from the conflict, through the twists, and to the resolution. The romance aspect of the novel is where going with the flow was most beneficial. No plotting required there, as love inherently contains lasting conflicts and powerful resolutions.

“Yes” is my favorite word of the moment. As a mother who was once a child, I am aware of the ever deflating “No.” Often used in the name of safety, “No” can become quite reactionary, spoken off the tongue without consideration of the effect it has on the one asking. Thus I am learning to thoughtfully pick my battles and say “Yes!” whenever I can. 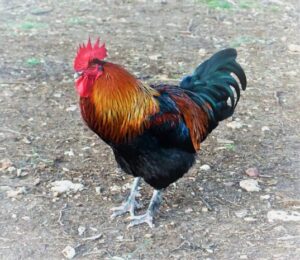 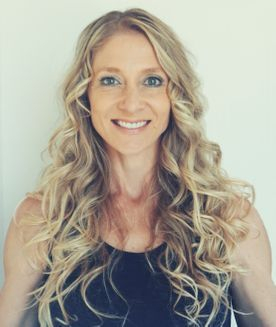 Brooklyn James is an author/singer-songwriter who savors any opportunity to blend books with music. Her first novel, The Boots My Mother Gave Me, has an original music soundtrack, making for a unique Audible experience. Out of Boots grew a platform where it was Brooklyn’s honor to serve as a guest speaker with a focus on awareness and prevention of domestic violence and suicide.

Her latest speaking engagements centered around accessibility, rights, and choice in birth, as well as writing workshops on how to put pen to paper composing one’s own birth story with the release of her birth memoir, Born in the Bed You Were Made: One Family’s Journey from Cesarean to Home Birth.

Just Shelby gifted both the challenge and the thrill of this author’s primary exploration into the Young Adult genre. She cherishes reader reviews, if you should be so inclined.

Moonlighting occasionally in voice-over and film, Brooklyn played a Paramedic in a Weezer video, met Harry Connick Jr. as an extra on the set of When Angels Sing, appeared in Richard Linklater’s Boyhood for all of a nanosecond, and was a stand-in and stunt double for Mira Sorvino on Jerry Bruckheimer’s Trooper pilot for TNT. Although reading, dancing, working out, and a good glass of kombucha get her pretty excited, she finds most thrilling the privilege of being a mother to two illuminating little souls and a wife to the one big soul from whom they get their light.

Brooklyn holds an M.A. in Communication, a B.S. in both Nursing and Animal Science, and lives in Texas Hill Country.

1 winner will receive a Signed Paperback that comes with a 3-set candle gift pack (one limited edition Just Shelby book scent “Gray Fog,” one fall scent, and one winter scent). The Signed Paperback/Candle Set is valued at $35. US Only.

3 lucky winners will receive an eBook of JUST SHELBY, International.