KEEP ME IN SIGHT

I am thrilled to be hosting a spot on the KEEP ME IN SIGHT by Rachel Blackledge Blog Tour hosted by Rockstar Book Tours. Check out my post and make sure to enter the giveaway! 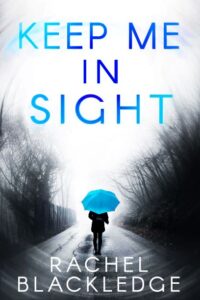 Find it: Goodreads, Keep Me in Sight Page on Rachel’s website stay tuned for buy links!

These three words jolt Brynn back to the big boozy night she spent with her boyfriend Dan. The same night his ex, Erin, showed up. Erin says something terrible happened that night. Dan says he never touched her. Trouble is, Erin has evidence to prove it.

Brynn can vouch for him though. She was there that night that they can hardly remember, but will never forget. While Brynn pieces together her fractured memories, lost that night at the bottom of a bottle, facing the horrifying possibility that maybe Dan isn’t completely innocent. Maybe he’s guilty as charged.

But as Brynn inches closer to the truth, she begins to wonder: Who is the predator? And who is the prey?

Gloria knows the answer. She’s a psychic who turned her back on her ability after she failed to prevent a terrible tragedy. As her painful past floods back to her, can she learn to trust her gift again before it’s too late? Or will her painful past hold her back from saving someone’s future . . . and quite possibly their life.

This addictive and suspenseful thriller explores the fault lines between broken memories and shattered trust, and will keep you up well past your bedtime.

“So many books!” says my two year old.

I’m a big fan of romance writer Colleen Hoover haha. I think in my own genre, I’d get a little jittery if I met Rachel Caine or Sandra Brown. And Margaret Mitchel has passed away, sadly, but meeting her would make me spill my tea for sure.

I’m a little bit of both. I like to have a roadmap of where I’m going and roughly how I’m going to get there or else the book tends to wander. That said some of best scenes have come from being completely lost in the woods.

Our baby girl Shadow is a type of rescue dog called a Singapore Special, known as a “special” locally. She was born on a construction site, rescued, adopted out, and then the family rejected her. By the time she got back to the shelter, her sisters had been adopted out to other families, and she’d been left alone to languish! My husband found her and surprised me on Valentine’s Day with a rescue pup of my very own. We’re just mad about her. We found out she’s an East Asian Village Dog; she’s very smart and quirky, and she hates to go outside. She’s basically a house cat in large format. 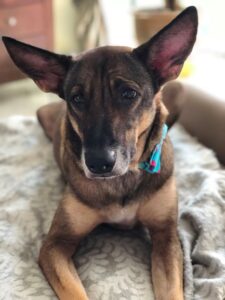 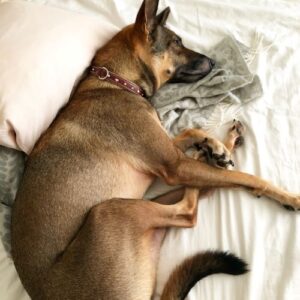 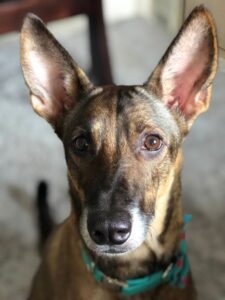 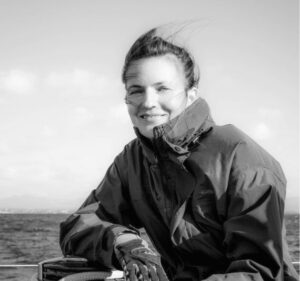 Rachel is an American expat, living abroad since 2008. She lived in Sydney Australia for a number of years, Italy, Switzerland, and has sailed over 11,000 nautical miles, crossing the Indian Ocean three times and sinking only once. She hung up her foul weather gear after the birth of her son. And writes thrillers now instead.

She’s the proud granddaughter of two World War II fighter pilot war heros. Richard ‘Blackie’ Blackledge was a WWII B-17 heavy bomber pilot. Post war, he became a successful writer. And George Jensen flew the dreaded B-29 superfortress. They both lived on well into their 90s.

“I lost two special friends, and the world lost great men, but they’re both with me still, sending me pearls of wisdom from the great beyond, telling me over the roar of the engines to: ‘Pick up the pace or you’ll get your butt blown off!’

“Okay, maybe that’s not them. But it’s still good advice.”