What if you could be young again? Would it be a dream come true or truly a nightmare?That’s the startling reality retired circus trapeze artist Breena Balážová awakens to on the world of Eleutia in her own re-engineered younger body. For a woman whose death on Earth was inches away, it seems like a second chance at life. But in this parallel world, where horses fly and animals and humans are symbionts, Bree is intended as breeding stock to balance the plummeting female birthrate.As she searches for her missing sisters, who were pulled to Eleutia with her, Bree also must survive assassination attempts, the growing threat of war, and her unexpected attraction to the arrogant animal Clan Alpha, Gato, a man with terrible burdens and secrets.The animal Clans join forces to combat a dark conspiracy that will shake the foundations of their world, even as Bree’s search for her sisters grows more desperate and dangerous.If Bree has any hope of finding her sisters and fulfilling her own destiny, she and Gato must carry out a perilous deception, their success or failure deciding not only their own fate, but that of all Eleutia. Vicki’s fantasy romantic suspense series, The Afterworld Chronicles, launched with Chest of Bone, followed by Chest of Stone and Chest of Time. She is currently pounding the keys on her series’ fourth novel, Chest of Fire, and the first in a new series, The Made Ones Sags: Altered.
Her mystery/thrillers include Body Parts, The Dead Stone, The Bone Man, and The Grief Shop, a Daphne du Maurier prize winner. All feature homicide counselor Tally Whyte. All are available as ebooks.
She co-wrote (with Lisa Souza) and photographed the 10 Secrets of the LaidBack Knitters. With her late husband, William G. Tapply, she ran The Writers Studio workshops in creative fiction.
Vicki taught fiction writing and modern media writing at Clark University.
She loves both a well-crafted sentence and unlocking the doors of a student’s imagination.
She grew up in professional theater and planned to become an actress, with a bent for song and dance. She didn’t. Instead, she’s been a professional photographer, a high-school teacher, a hamburger slinger, a scuba-shop manager, and an editor.
She’s Blake’s and Ben’s mom, her favorite role of all.
Her passions include scuba diving and fly fishing and knitting; photography and movies; vinho verde and bourbon (not together!); Maine lobster and chocolate (also not together!); and musical comedy scores, which she sing in the shower, unfortunately not an Equity venue; and a fascination with people in all walks of life.

What’s on My Desk?

That’s a bit of a tale. For years, I wrote at a desk, but when I was moving, I was forced to write on my laptop in bed. Well, it turns out that what’s old is new again. (Decades ago I wrote that way.)

So I reconfigured my writing space, and this is where I write. 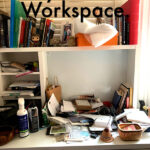 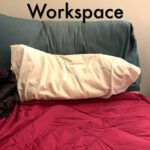 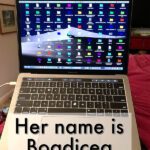 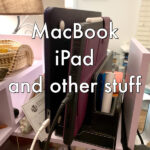 My two writing partners, usually asleep on my workspace, are key to my productivity. 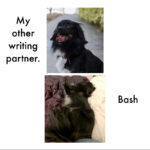 This painting of a Maine farm in spring is my favorite, and I can look at it from my workspace. 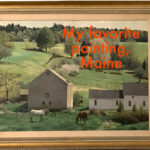 Other Essentials at my desk: 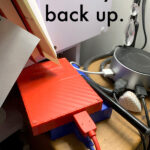 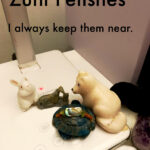 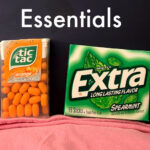