I am thrilled to be hosting a spot on the TIME FOR SENSIBILITY by M. Sinclair Blog Tour hosted by Rockstar Book Tours. Check out my post and make sure to enter the giveaway! 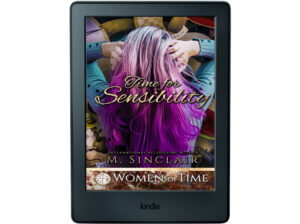 Read For Free With A Kindle Unlimited Subscription!

Do not read this book.

No, seriously, I have absolutely no idea why one was even written about my life. This is ridiculous. Not only did I live in the middle of nowhere in a drug infested town, under the roof of a trailer that was literally collapsing on itself… but nothing, and I mean, nothing interesting has ever happened to me. Well, unless you counted being abandoned outside of a motel, picked up by my new foster father that was always too high to remember my name, or spending the last six years traveling the United States practically homeless. Oh! Let’s not forget to include the jerk that I really needed to break up with because let’s face it… he had actually started to scare me. A lot.

I’d spent the last six years of my life feeling horribly out of place. Feeling like I was not only in a time that didn’t fit me but in a place that was so lackluster that I had issues believing it was real. So when I tell you not to read this book? I mean it.

There is nothing of interest in here. I promise.

Well, I suppose there was one memorable and interesting moment in my recent past… the night of my eighteenth birthday. You know, the one where my four hot neighbors, and known criminals, kidnapped me onto a river boat. You could say I was confused when I found myself falling asleep floating down a Missouri river… and waking up to marmalade skies and a talking river otter with a hot pink top hat. None of that confusion though compared to when my four psycho kidnappers made me remember everything I’d forgotten.

Because I had been right, I didn’t f*cking belong here.

I belonged in the Kingdom of Snark.

This book is anything but sensible. Time for Sensibility is a standalone reverse harem romance that is fast-burn with violence, swearing, a band of hot psychos, a wonderland inspired world, and a haunted slightly naive MFC. Abuse is mentioned. +18 audience.

I wasn’t positive what it was about these men, but they made me feel grounded. More myself, a stronger version of myself. I didn’t think nor could have predicted that my new grounded nature would include an acceptance of homicide…but in this situation it seemed like the most sensible shit that I’d heard all year. Or maybe I was just goddamn insane, and that felt more real than not to me.

When Preston had first told me, I’d been freaked out.

I’d been caught up on the concept of them killing someone in general, not specifically Wade. Then I realized I was only upset because I felt like I ‘should’ be upset and since I wasn’t, I’d felt guilty.

Now though? Well, what was done was done… and frankly, I had always been aware of what they were capable of. I’d heard the rumors about how dangerous they were. Plus, the motherfucker had left bruises on me. That wasn’t fucking okay.

Movement pulled me from my thoughts, my head snapping over to Ranger and Lorenzo as they exited the trailer.

The sky above us was thundering, but no rain fell on the guys, their smiles really fucking big for having just murdered someone. It was sort of hot.

I was starting to understand why I had never been attracted to anyone else before them. I was very clearly into serial killers. I should have known, considering how much I loved watching documentaries about that shit.

Ranger was covered in blood as he stripped off his shirt, the man preferring to be shirtless far more than clothed, I had gathered, and dropped it on the pavement before running his bloody hands through his hair, tinting it with crimson. Lorenzo, on the other hand, had just rolled his sleeve up, hiding the singular stain of blood. Damn, they were so different from each other.

I had the urge to know what it would be like between them. I felt like the way they fucked would be so dangerously different, and I craved that. I just craved them. Alright, I possibly had a problem. 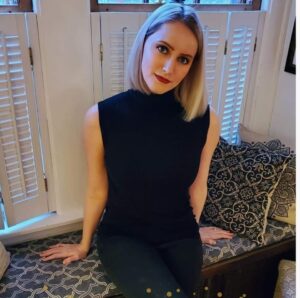