Praise for THE SERGEANT’S DAUGHTER 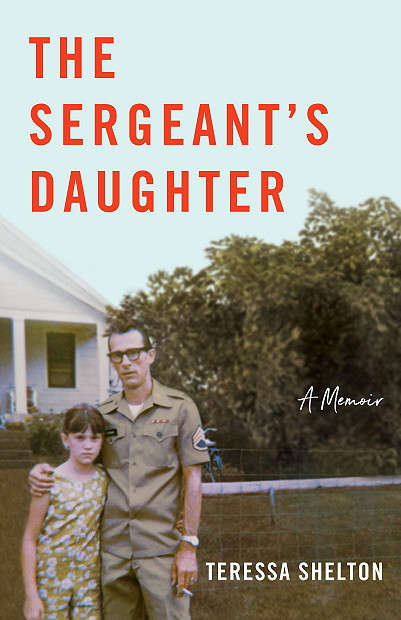 As a little girl, Teressa’s father dotes on her and little sister, Karen, while mercilessly mocking her older sister, Debbie. Teressa thinks its Debbie’s fault―until she gets a little older and he begins tormenting her, too. Soon enough, his verbal abuse turns physical. Her sergeant father brings his military life home, meeting each of his daughters’ infractions with extreme punishment for them all. Meanwhile, their mother watches silently, never defending her daughters and never subjected to physical abuse herself. Terrified to be at home and terrified to tell anyone, Teressa seeks solace in books, music, and the family she can find outside of her home: a best friend, a kind neighbor, and a doting grandfather. At first cowed by her father’s abuse and desperate to believe that maybe, one day, things will change, Teressa ultimately grows into a young woman who understands that if she wants a better life, she’ll have to build it for herself―so she does. 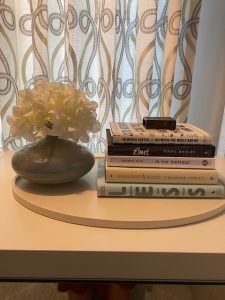 First, I love my nightstands. They’re a nice, calming cream color with mirrored drawers. On top of my nightstand I have a tray that was originally meant to hold my early morning coffee, and my late-night glass of water. But like most surfaces in my home, the tray was soon covered in books. After I’ve read a book, I stack it neatly on the tray. I let the stack get 5-6 deep before I move them elsewhere or donate them to the library. On top of the books, I have my grandfather’s matchbox cover. It’s the only thing I have that belonged to him. Sometimes at night while I’m reading, I’ll rub the top of it with my thumb. Somehow this makes me feel closer to him.

I cringe every time I hear someone say, “Even if there is a safe COVID-19 vaccine this year, I don’t plan to get it.”

I’m a planner. I like to make lists and scratch through each item when it’s completed. At the end of each day, it gives me a sense of accomplishment when every item on my list is completely scratched out.

Are you a morning person or a night owl?

Why limit yourself. Drink both. And bubbly, too!

What kind of music do you listen to? Who are some of your favorite artists?

I listen to all kinds of music. Right now, I’m on a bluesy-retro kick. I’m listening to artists like Leon Bridges, Gary Clark, Jr., and Amy Winehouse.

This is an oldie, but a goodie. It’s one of my favorite pictures of my son, Matthew (now 31) and our dog, Kipp. The photo warms my heart! 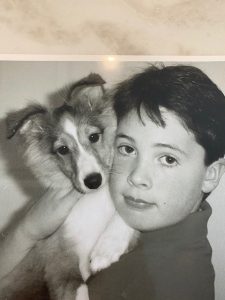 You can purchase The Sergeant’s Daughter at the following Retailers: 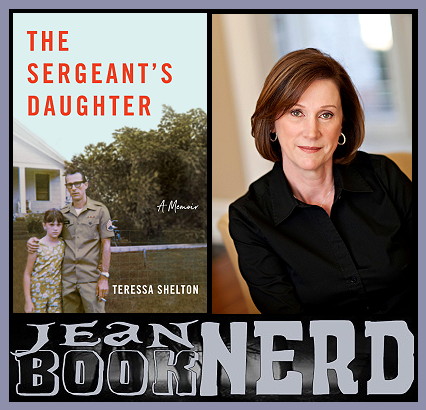 Teressa Shelton has lived in nine states and three countries. After graduating from Belmont University in Nashville, she embarked on a career in managing medical practices. She lives with her family in Springfield, IL. The Sergeant’s Daughter is her first book.