I am so excited that NEON DROPS by M. Sinclair is available now and that I get to share the news!

If you haven’t yet heard about this wonderful book by Author Caryn Mahan, be sure to check out all the details below.

This blitz also includes a giveaway for a $10 Amazon GC courtesy of Rockstar Book Tours & M. So if you’d like a chance to win, check out the giveaway info below. 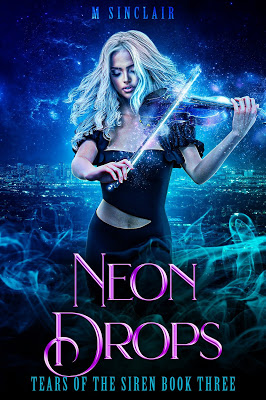 I’d made the choice to survive Broken House. I’d chosen to live instead of taking the very obvious way out. At this point in my life, I shouldn’t have been surprised that somehow living was more difficult than my previous ventures to find a way to die. I mean at least I had my men. Three kings. Three sexy, dominant shifters. What could go wrong with that? I mean really, what possible conflict could result in having six possessive, powerful men surrounding me at all times. I had no doubt that in true Louvre fashion the conflict would show itself at the most inconvenient time. Unfortunately, that wasn’t all we had to worry about and the weight of our true situation was heavy and terrifying.

There was a lot we didn’t know. I mean, had Mr. Black really given up that easily? Somehow I didn’t think that was the case. Better yet, why the heck does my stalker have such an odd fixation with origami animals? The most important question though? What the hell was coming for us that was so bad that a cosmic being had sought me out to warn me?

Yeah, so as I said, living was f*cking complicated.

Grab all 3 books in the series!

“What are we going to do about this guy?”

Because if we weren’t going to kill him, then I needed to beat the shit out of him or something. Maybe I would just create a nightmare to convince him to never leave his house. Or, you know, I could fucking kill him.

“We could kill him,” Desmond pointed out clinically, putting away his phone. “Cleaning up the human loose ends would be a pain, but worth it.”

I inhaled and nodded, considering what he was saying. “I think Lorcan has to give us the go ahead. I don’t want her thinking that we think she can’t handle her own problems.”

Desmond nodded and then smiled, a cold, calculating look appearing on his face. “I’ll have some of my guard stop by later, anyway, just for a talk.”

I kept my eyes on her as I suggested, “She should meet our guards, just in case we are ever separated.”

Desmond let out a low rumble but didn’t argue. As we neared the large doors that led to the outside lunch pavilion, Lorcan looked back at us. Her face was once again glowing and healthy, her eyes filled with curiosity and a simmering heat that encouraged me to walk a bit faster.

Possessiveness rolled over me at the sign of her health. I wanted to protect that. Protect her. I knew her days had been filled with darkness for so long, but that was before. Before she had people that she could rely on.

“Make sure you do more than talk tonight,” I muttered, shaking my head. “Just don’t kill him… yet.”

There was no point in acting like I was anything different than the bastard I was, but I had been trying. This, though, was a clear line. I could tolerate a lot of things, but hurting Lorcan was not one of them.

The game of pretending I hated her had ended, and now she would just have to deal with my suffocating attention and overbearing bullshit. I had been in love with this woman for years now, and I had a lot of shit buried that was starting to resurface.

I hoped she was ready for that. 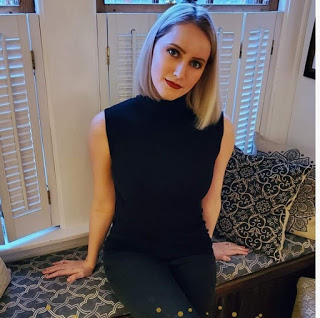