Praise for THE VESSELS“In the Vessels Program, spirits of the dead return to inhabit the bodies of human vessels and visit their still-living relations to right past wrongs. Sam has just established a program in Reno, Nevada, and recruited four vessels, Tal, Link, Avani, and Aaron. They have all suffered from life’s cruelties and are more than willing to let the spirits inhabit them for their seven-day journey of redemption as the spirits seek forgiveness or to forgive loved ones. One of the Spirits, however, is a terrifying, vengeful revenant not interested in redemption. As the three benevolent spirits work toward accomplishing their missions, the vessel for the fourth must figure out a way to prevent this vengeful spirit from harming others. This unique novel mixes social commentary, Native American mysticism, the power of love and forgiveness, and ghostly spirits. This gothic speculative tale will appeal to sf and horror fans alike, and the open-ended finale leaves plenty of room for a sequel.” —Booklist

“Elias has crafted a thriller like nothing I’ve ever read before … a high quality, unputdownable novel, I would highly recommend The Vessels to any supernatural thriller fan looking for their next captivating read.” —Readers’ Favorite 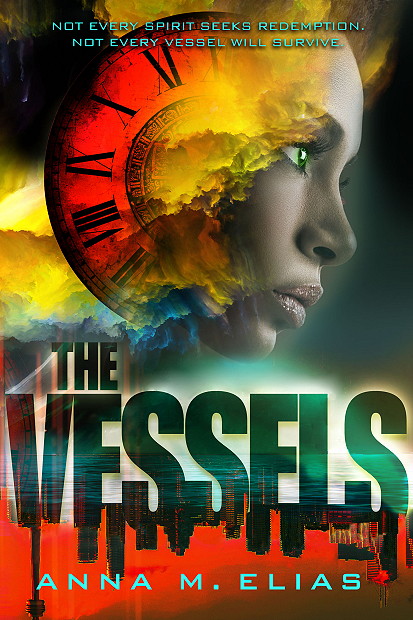 NOT EVERY SPIRIT SEEKS REDEMPTION.
NOT EVERY VESSEL WILL SURVIVE.

What if you could help those who’ve passed on get a second chance—but at the risk of your own life?

Four broken strangers volunteer to become the first humans in North America to join the international VESSELS program. Their bodies will host the Spirits who seek to right past wrongs and earn a chance at Elysium.

Disguised inside a homeless shelter in Reno, the program is facilitated by a retired Army officer, a former ER Doctor, and a tech-savvy teen who tracks the Spirits merged with their Vessels through an ancient ritual on the Anaho Reservation.

The Vessels only have seven days to succeed—and to survive.

But when the vengeful spirit of a serial killer enters one of them, they learn not all Spirits are here for redemption.

You can purchase The Vessels at the following Retailers: 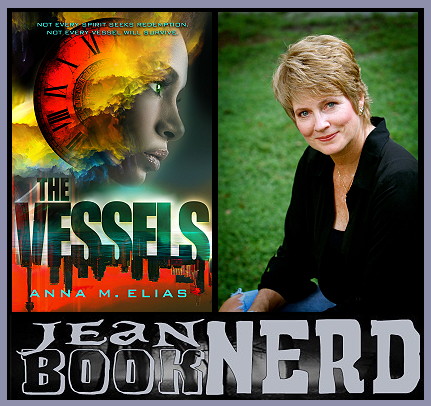 Anna Elias is a screenwriter who began her career as Don Johnson’s assistant on Miami Vice. She’s worked on feature films such as Nell, The Rainmaker, The Client, 12 Monkeys, A Time to Kill, and Practical Magic. She has written and co-written spec films, TV scripts, and award-winning shorts. Anna’s passion for justice translates to her work. This was especially true on the set of John Grisham’s A Time to Kill. Canton, Mississippi had just suffered great racial hardship and division in a Mayoral race. With Anna’s encouragement, the movie crew made extra efforts to befriend, buy from, and work with the townspeople, and it served to break down walls of inequality and injustice that had divided the town for decades. The impact was so positive that Dan Rather traveled there to tape a 2-part special for 48 Hours.