Praise for WE ARE POWER“Nonviolence may have been the greatest invention of the twentieth century, more important than nuclear fission or genetic coding. It offers us the chance to build a working twenty-first century, and since young people will have to lead that fight, this book is a crucial gift!” —Bill McKibben, climate activist and author of Falter: Has the Human Game Begun to Play Itself Out?

“I’m so glad this book exists! From the opening pages where we meet Gandhi, to the closing with Greta Thunburg, and in between with Alice Paul, Martin Luther King, Vaclav Havel, Ceasar Chavez, and others, it is beautifully written, informative, and so moving. Readers young and older will be inspired to rise up peacefully, to act, to change the world–to save the world.” —Deborah Heiligman, author of Torpedoed: The True Story of the World War II Sinking of ‘The Children’ 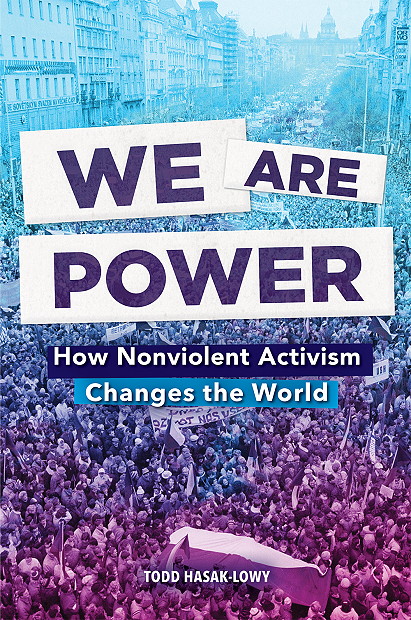 A stirring look at nonviolent activism, from American suffragists to Civil Rights to the Climate Change Movement


We Are Power brings to light the incredible individuals who have used nonviolent activism to change the world. The book explores questions such as what is nonviolent resistance and how does it work? In an age when armies are stronger than ever before, when guns seem to be everywhere, how can people confront their adversaries without resorting to violence themselves? Through key international movements as well as people such as Gandhi, Alice Paul, Martin Luther King, Cesar Chavez, and Václav Havel, this book discusses the components of nonviolent resistance. It answers the question “Why nonviolence?” by showing how nonviolent movements have succeeded again and again in a variety of ways, in all sorts of places, and always in the face of overwhelming odds. The book includes endnotes, a bibliography, and an index.

**STARRED REVIEW**
“Hasak-Lowy’s writing gives life to both the people and issues involved, taking time to explain historical backgrounds and the ways the lessons from one movement affected future ones.” —Booklist


**STARRED REVIEW**
“Highly recommended for its outstanding treatment of the history of social justice. A good resource for student activists.” —School Library Journal

**STARRED REVIEW**
“There has never been a time when a book is more relevant than this one.” —School Library Connection

“This excellent, timely overview will open eyes and deserves a wide readership.” —Kirkus


“. . .Readers will gain new appreciation for how nonviolent methods, often inspired by other movements for justice, led to victories.” —Bulletin of the Center for Children’s Books

You can purchase We Are Power at the following Retailers: 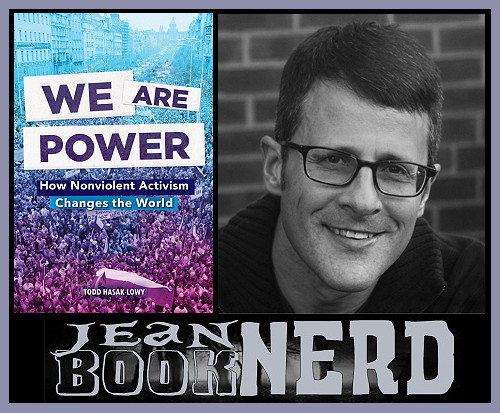 I started writing fiction for adults, but now I write for younger readers, too. I’ve published two books for adults: a short story collection, THE TASK OF THIS TRANSLATOR (2005), and the novel CAPTIVES (2008). My first book for your younger readers, a middle grade novel called 33 MINUTES, was published in 2013. In 2015 I published a young adult novel, ME BEING ME IS EXACTLY AS INSANE AS YOU BEING YOU. That same year, a narrative memoir for ages 10 and up that I co-wrote with and about Holocaust survivor Michael Gruenbaum called SOMEWHERE THERE IS STILL A SUN came out. In early 2018 a young person’s history of the women’s suffrage movement, ROSES & RADICALS, which I co-wrote with Susan Zimet, was published. My latest book, WE ARE POWER: HOW NONVIOLENT ACTIVISM CHANGES THE WORLD, is coming out in April, 2020. In addition to writing, I teach literature at the School of the Art Institute of Chicago and translate Hebrew literature into English. I live in Evanston, Illinois (just outside Chicago), with my wife, two daughters, a dog, and two cats.