Frasier Anderson is one of the hottest teenage actors in the UK, but he’s virtually unknown in the US. Now he’s landed the leading role in a big-budget Hollywood film that could make him an international star.

No drama. No girls. And no telling who he really is.

Jenna Wiley is smart, funny, and has a few no-drama, no-dating rules of her own. Her friendship with new kid Ethan Smith is perfect and might even lead to something more. Except for a few things that don’t add up. Like his mom being afraid to have company. Or their house, which is more staged than lived in. Or his sister, whom nobody talks about.

It all comes to a boil when Frasier’s biggest secrets hit the tabloids and the paparazzi swarm Hillside with Jenna in their sights.

Can Frasier convince Jenna that shy, goofy Ethan Smith is closer to real than the image the tabloids have created?

And can she ever forgive him for breaking the most important rule of all? Because for Jenna, when it comes to love and science, the truth is all that matters. 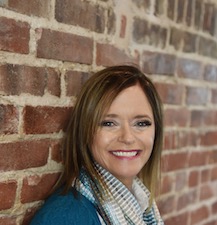 Mary Karlik has always been a dreamer. When she was a teen, she read The Lion, The Witch and the Wardrobe, and then sat in every wardrobe in her Nanna’s home, trying to open the door to Narnia. She didn’t find it, but she did discover her voice as an author: one filled with her young adult self, and grounded in her roots as a Texan and her Scottish heritage, nourished by obscure Scottish folklore.
You can find her Texas roots in her indie published, YA contemporary romance Hickville series , which has been described as “100% solid storytelling,” and begins with Welcome to Hickville High, a “lovely story about growing up.”

She digs deep into her Scottish roots – there is magic there, she just knows it – for her YA epic fantasy Fairy Trafficking series published by Ink Monster Publishing LLC. Her first book, Magic Harvest, debuted in September of 2018. It reached #1 in 3 categories of YA Fantasy on Amazon. Magic Heist, the second in the series has been described as “a fun twisty read which will never let you guess what will happen next.”

Mary recently moved from the beautiful Sangre de Cristo mountains of Northern New Mexico where she was a certified professional ski instructor to Texas. She loves visiting Scotland where she is currently earning a degree in Gaelic Language Studies at Sabhal Mòr Ostaig in Skye—part of the University of Highlands and Islands system. Mary also earned her MFA in Writing Popular Fiction from Seton Hill University, has a B.S. degree from Texas A&M University, and is a Registered Nurse.

Mary is an active member of Romance Writers of America and serves on a national committee of RWA. She formerly served on the board of the Young Adult Romance Writers of America. She is an active member of the Dallas Area Romance Authors and looks forward to raising a glass or two of gin and tonic with her fellow writers every year at RWA’s national convention.

Nothing fun. My phone and watch charger and a lamp.

I have fanned Alley Carter and Susan Elizabeth Phillips. They were exceptionally sweet about it too.

Using the word Sasannach to describe any woman. As a Gaelic speaker this drives me crazy. The word means somebody from England. The Gaelic word for England is Sasann. Someone from America is an Ameireaganach, from Scotland Albannach.  I cringe in silence because fans of Outlander are serious about being Sasannach’s J

Also, spiders, snakes, and rude people. Is it really that hard to be nice?

Go with the flow. I think my life would be easier if I plotted obsessively but that’s not how my brain works.

“Crackin’” I hear my Scottish friends use that word and “Smashin’” a lot. It just doesn’t sound the same with my American accent, so I use it in my writing, hopefully not tooooo much.

Also, if you have any pictures of your pet you would like to share, please attach them.  My readers love animals! Here is a picture of my companions. Trixie is the little border collie mix, Tilly is the Chocolate lab. I was told once that my dogs had stripper names. I can assure you they would never poll dance. 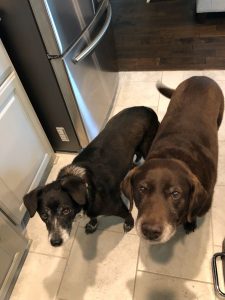