The #1 New York Times bestselling author and "one of the great storytellers of our time" (San Francisco Book Review) turns from the glamour of the royal courts to tell the story of an ordinary woman, Alinor, who cannot bear to conform to the life that lies before her.
Midsummer's Eve, 1648, England is in the grip of a civil war between renegade king and rebellious parliament. The struggle reaches every corner of the kingdom, even the remote tidelands --the marshy landscape of the south coast.
Alinor, a descendant of wisewomen, trapped in poverty and superstition, waits in the graveyard under the full moon for a ghost who will declare her free from her abusive husband. Instead, she meets James, a young man on the run, and shows him the secret ways across the treacherous marsh, not knowing that she is leading disaster into the heart of her life.
Suspected of possessing dark secrets in superstitious times, Alinor's ambition and determination mark her out from her neighbors. This is the time of witch mania, and Alinor, a woman without a husband, skilled with herbs, suddenly enriched, arouses envy in her rivals and fear among the villagers, who are ready to take lethal action into their own hands.
It is dangerous for a woman to be different. 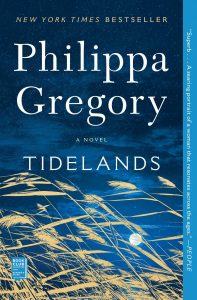 This is a wonderful opening for a new series by Philippa Gregory. Here historical fiction is usually spot on and this one takes place during the time of King Charles and the hunt for witches which carried over into America and parts of Europe. When things get bad, some scapegoat is usually created and women can be sure to be blamed for the downfall of men since it is so convenient.

The story tells of Alinor who is a midwife and knows the local herbs. When her fisherman husband never returns from the sea she waits for him in hopes that he will appear to her as it was passed down from folklore. Instead, she meets a Catholic priest that is working to restore Charles to his thrown and helps him secure a place to stay. Of course, this relationship develops beyond where it should and Alinor finds herself at odds with what she knows is right and what she wants. This leads to consequences and also to set up the continuing story,

I just love Gregory’s writing and this one had me enthralled. Her historical fictions are so well researched and full of detail that it is like you are there with the characters. Her dialogue is always perfect and true to the characters as they are described.

TIDELANDS, the New York Times bestselling first book in a new series by Philippa Gregory, is available in paperback next week (February 18, 2020; Washington Square Press; $17). Kirkus Reviews said, “this is Gregory par excellence. A promising start to a family saga about ordinary people.” And People Magazine called it “superb…a searing portrait of a woman that resonates across the ages.” The next book in the series, Dark Tides, will be available in December 2020. 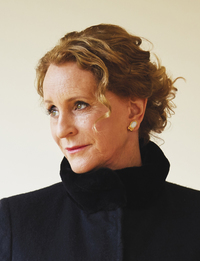 Philippa Gregory was an established historian and writer when she discovered her interest in the Tudor period and wrote the novel The Other Boleyn Girl, which was made into a TV drama and a major film. Published in 2009, the bestselling The White Queen, the story of Elizabeth Woodville, ushered in a new series involving The Cousins’ War (now known as The War of the Roses) and a new era for the acclaimed author.

Gregory lives with her family on a small farm in Yorkshire, where she keeps horses, hens and ducks. Visitors to her site, www.PhilippaGregory.com become addicted to the updates of historical research, as well as the progress of her ducklings.

Her other great interest is the charity she founded nearly twenty years ago; Gardens for The Gambia. She has raised funds and paid for 140 wells in the primary schools of the dry, poverty stricken African country. Thousands of school children have learned market gardening, and drunk the fresh water in the school gardens around the wells.

A former student of Sussex University, and a PhD and Alumna of the Year 2009 of Edinburgh University, her love for history and her commitment to historical accuracy are the hallmarks of her writing. She also reviews for US and UK newspapers, and is a regular broadcaster on television, radio, and webcasts from her website.

Giveaway Ends 2.29.20 and open to all who can legally enter.

PLEASE CHECK THE PAGE TO SEE IF YOU HAVE WON.
Email BookHounds@hotmail.com to claim your prize.

Open to anyone with a US mailing address – Sorry No PO Boxes
Must be over 18 or have your parents permission to enter.
An email will be sent and you have 48 hours to reply or a new winner will be chosen.
The Winner will be announced within 48 hours at the end of the giveaway.
Giveaway is organized by Bookhounds and sponsored by the PUBLISHER.
Please add BookHounds@Hotmail to your address book. You can also email to verify if you have won.
It has no affiliation with Facebook, Twitter or any other entity.
Void where prohibited.
Not Responsible for lost, stolen or misdirected prizes.