I am thrilled to be hosting a spot on the WILD NIGHTS by Katherine Garbera Blog Tour hosted by Rockstar Book Tours. Check out my post and make sure to enter the giveaway! 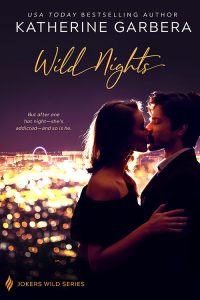 Master illusionist Nicholas Pine has learned the hard way that nothing—and nobody—is what they seem. So when he runs into sexy antique shop owner, Zelda Quincy, he knows there’s more to her than meets the eye. Still, what he sees is very, very intriguing…and he can’t get her out of his head.

Zelda has spent her whole adult life running away from her family’s reputation. She’s changed her name and tried to move on. The last thing she wants is to return to the world she left behind, even with someone as hot as Nicholas by her side.

Even if she was willing to believe he would, the sigil tattoo on his wrist was glaring proof that illusion was in his blood. He was in the Guild of Ancient Magic—a brotherhood that had a lifetime membership. She found it hard to look at the tattoo without remembering seeing it on her father’s wrist and the one she’d covered up with the black rose.

She should never have opened the Pandora’s box that

was the Houdini water chest. She’d known the moment she’d bid on it at the online auction house. But she also hadn’t been able to resist.

“I think you should go, Mr. Pine, before I do something that we both might regret in the morning.”

“Yes,” he said sardonically. “But I sense there is more to

your attitude than that.”

“I’m trying to avoid throwing myself at you. I thought

He shook his head and laughed. “Is it working?”

Not really. But some latent self-preservation warned her not to say that out loud. “Why?”

“I just wondered if I should start calling you Ms. Quincy.”

She knew that there wasn’t anything sweet in what he said, but it touched her the same way that him watching Stetson do a magic trick had. She liked him.

“So, what should we do about this inconvenient attraction?”

“That is a statement begging for questions that I know you don’t want to answer,” he said. “What about ‘magicians in the kitchen’? Seems like you might be okay with that.”

She groaned. No, she wasn’t okay with it, but she also had known from the moment she’d opened her front door and let him into her house that she wasn’t going to shove him out before morning unless he’d wanted to go.

“I never made a rule about that,” she admitted.

“Good. Because I have an ‘always with women who run magic collectibles shops in the kitchen’ rule.”

She started laughing and couldn’t stop. It had been years since she’d felt this kind of joy with anyone. 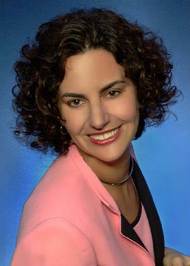