THE STORY OF US by Teri Wilson
Published by Hallmark Goodreads

Today we have the excerpt reveal for Teri Wilson’s upcoming romance from Hallmark, THE STORY OF US! Check out the excerpt and be sure to pre-order your copy today! Title: The Story of Us

About The Story of Us:

Jamie always adored True Love Bookstore and Café, and now she’s the owner. But businesses are struggling in her small town, and her beloved store is threatened by a new retail development scheme.

Sawyer, Jamie’s former high school sweetheart, startles her when he comes to town for the first time in fifteen years. She soon learns he’s the architect of the proposed development and he’s there to sell local business owners on his plan. Sawyer had no idea that Jamie had bought the bookstore and poured everything she had into it. If he takes it over, he’ll break her heart a second time.

Jamie’s discovery of a box of old love letters and valentines might hold the key to saving her shop. And after all this time, could love be in the cards for Jamie and Sawyer, too?

Sawyer’s gaze locked onto hers, and as much as Jamie knew she should look away, she just couldn’t. The lines around his eyes were new, as were the sharp angles of his jawline, but those warm brown irises of his were exactly the same. These were the eyes that had seen her at a time when no one else had. She’d been nothing but a quiet, book-loving dreamer, and he’d brought her out of her shell and shown her that the world could be every bit as colorful and vibrant in reality as it was in the novels she loved so much.

Meeting Sawyer O’Dell had changed her. He’d helped her become the woman she was today, because she’d loved the person he’d seen when he’d looked at her with those eyes—interesting, enchanting.

What would it be like to feel that way again? To be loved and cherished by the only person she’d ever truly wanted to build a life with? To have her heart put back together by the man who’d broken it when he’d been just a boy?

The thought was intoxicating. It made her do things she knew she shouldn’t—like step closer to him so that their breath mingled together in the evergreen air, causing her to smile to herself as his gaze drifted slowly, purposefully to her lips. Her breath hitched as he dipped his head. She’d never wanted a kiss so badly in her life— not even when she’d been sixteen years old and he’d bent toward her in the exact same way for the very first time.

His hand was on her waist and his lips were just a whisper away—a heartbeat, a breath, a memory. And Jamie’s heart felt as if it were opening like a favorite book, one whose pages hadn’t been read in a long, long time. She let her eyes drift closed, because she knew this story by heart. The story of Sawyer and Jamie…

The story of us.

But in the sliver of a second before their lips met, someone said Jamie’s name, and the book slammed shut.

Her eyes flew open. She and Sawyer blinked at each other, as if they couldn’t quite get their bearings. Then they both turned their heads in the direction of the speaker.

No. Jamie’s stomach tied itself into a knot. It couldn’t be him. What on earth was he doing there?

She bit her bottom lip, still tingling from the missed opportunity. She’d been waiting fifteen years to kiss Sawyer O’Dell again, and apparently, she’d have to wait even longer.

Teri Wilson is a Publishers Weekly bestselling author of romance, women’s fiction and romantic comedy. Three of Teri’s books have been adapted into Hallmark Channel Original Movies by Crown Media, including UNLEASHING MR. DARCY (plus its sequel MARRYING MR. DARCY), THE ART OF US and NORTHERN LIGHTS OF CHRISTMAS, based on her book SLEIGH BELL SWEETHEARTS. She is also a recipient of the prestigious RITA Award for excellence in romantic fiction for her novel THE BACHELOR’S BABY SURPRISE. Teri has a major weakness for cute animals, pretty dresses and Audrey Hepburn films, and she loves following the British royal family. Visit her at www.teriwilson.net or on Twitter @TeriWilsonauthr. 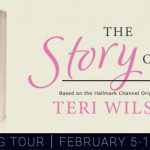 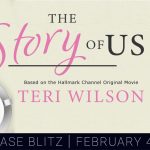 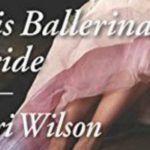 #Giveaway Bon Appétit and a Book His Ballerina Br