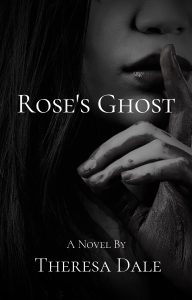 She just wanted her baby back. Rose’s Ghost is the first book in a series of three about a family’s connection with a tormented ghost, still desperate to gain back the child she lost. Rose remains tethered to her family’s property, beseeching those who reside upon or around it to help in her quest. But somewhere between her death and the haunting of Maggie Ridgewood’s family, Rose’s reality has become darkly skewed, and her efforts to find her child threaten to alter the lives of those whose help she enlists – or end them.

A movement from the kitchen window caught Maggie’s eye. She froze, spotting a dark-haired woman in the back yard. Hunched in nothing but a light dress, the woman stood between the trees and the little bridge. Maggie saw she was holding something in her right hand, and the other looked – strange.

Gooseflesh rose on her forearms as some memory tried to surface, but she was unable to grasp it. Frowning, she headed to the back door and peered out.

The woman was looking at her, too.

Maggie stepped outside onto a thin blanket of snow. The woman waved then, with the hand that held something. Maggie moved closer, smiling and waving back.

“Hello! Did you come from the trail?” She stopped.

The woman was holding a severed hand…and judging by the blood streaming from her left arm into the snow, it was her own.

Maggie’s hands flew up to cover her mouth before she could scream.

The woman was suddenly in front of her, holding a finger of the severed hand to her lips. “Shh; he’ll hear you,” she whispered. 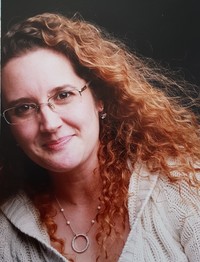 Here’s a little about the books I write: largely based in the supernatural, I specialize in fictional thrillers and suspense, with a little mystery added in. I love to write relatable characters and try to let them lead me through the story, as I hope they will for my readers.

I love feedback of all kinds; if you have comments, questions, ideas or requests, please reach out!

Recently, I’ve been dabbling in the romance/erotica as well, writing under the pen name Eleanor Eden, just because the books are so different. The Strength of Burden is “her” debut; a first in a series entitled, “The Fated Order”.

I currently live in Gatineau, Quebec, but grew up in Nova Scotia, and I’m proud to set my stories in familiar Canadian surroundings. I’ve published what I think of as friendly ghost stories, “That Summer” and “Bird With a Broken Wing”, and am over-the-top excited for the upcoming launch of Roses’ Ghost – the first in a series of three about a family’s connection with the long-dead spirits that haunt their land.

1 winner will receive a signed paperback of ROSE’S GHOST, US / Canada Only.

5 winners will receive an eBook of ROSE’S GHOST, International. 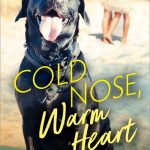 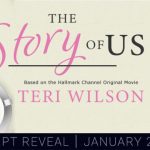 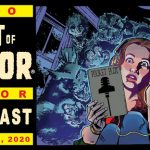 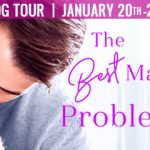