Today we have the blog tour for I Fade Away by Elle Keating! Check it out and be sure to grab your copy today! Title: I Fade Away

About I Fade Away:

After four months, Tia Peterson has been found. The woman who was kidnapped and trafficked has escaped hell only to realize that her nightmare isn’t over. Her story has hit the media and every reporter and news outlet wants to know the gory details; things she doesn’t want to speak of ever again.

But then she meets Trent Reddick.

The former Navy SEAL doesn’t ask too many questions, never pressures her to talk about what happened while she was held captive in the New Jersey Pine Barrens. He just wants to help her get her life back.But the more time they spend together, the stronger Trent’s feelings for Tia become…and that scares him. If he doesn’t find a way to rein in his emotions, be the friend she needs instead of the man he wants to be for her, he may lose her for good.

Catch Up On the Series:

Elle Keating is the author of romance novels with sexy heroes and fierce females. Her first book, Thrill of the Chase (Dangerous Love, #1), was published by Forever Romance’s digital imprint, Forever Yours, in 2015. She has since expanded the series and released the Dream Duet and the taboo romance, Keeping His Commandments. Elle is currently working on several projects including the sequel to Into Temptation and a steamy forbidden romance that may raise some eyebrows.

When Elle isn’t torturing her heroes and heroines (don’t worry, there’s always a happily ever after), she is a public school administrator and enjoys spending time with her husband and 3 children in New Jersey. For more on Elle and her books, visit ellekeating.com. 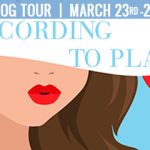 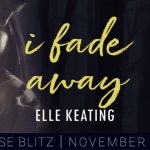 Release Blitz I Fade Away by Elle Keating 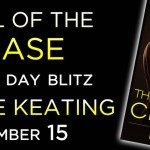 #Release Day Blitz THRILL OF THE CHASE by Elle Kea