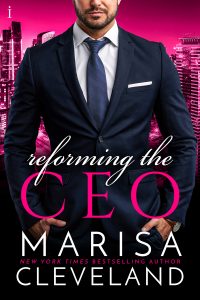 “I never would’ve asked you to.”

Their gazes locked, and she realized so many things. She hoped one day he would think back on their time together and smile because she’d been a part of his life. And not just any part, the part where he finally reached his goals.

The air energized at the exact moment Reece Rowe, in her signature black cocktail dress and stilettos, entered the ballroom of The Ritz-Carlton. Even with her dark brown hair loose around her face, he could still see the flash of her diamond earrings. As her midnight gaze scanned the decorations, she smiled. Not the polite one she’d had on her face earlier in the day when discussing the proposal for the new art center, or even the cheesy grin she’d adopted for the children at the hospital.

No. This smile was one hundred percent genuine Reece Rowe, one that revealed a smugness that could only be worn by a woman used to getting her own way.

He had no idea why this bothered him. Or maybe he did. But he refused to admit he still held on to the ridiculous chip on his shoulder.

The picture perfect, do-gooder socialite plucked a flute filled with Veuve Clicquot from the offered tray, and then, even in sky-high heels designed to make her legs look absolutely tempting, she stepped with confidence toward the committee volunteers table. Right. The volunteers. 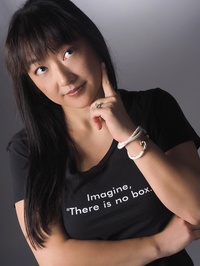 New York Times and USA Today bestselling author Marisa Cleveland loves to laugh, hates to cry, and does both often, while enjoying the journey one sunset at a time with her husband. Expressing herself through writing, music, and dance is her lifestyle, and as a former gymnast, cheerleader, and dancer, she understands the importance of balance and encourages everyone to stay flexible. Marisa loves to connect with other readers and writers through social media, and she can be found on Instagram (@thereisnobox) and Twitter (@marisacleveland).

Thanks so much for having me here!!!

Bottle of water, thermometer, and notepad with pen.

Jessica Lemmon. I have fanned her! Also, whenever I’m in a bookstore, I find her books and place them eye-level cover forward, unless it’s a new release and I don’t yet own it. Then, I buy it.

Obsessively, no. But truthfully, probably a bit of both. 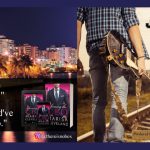