Today we have the sales blitz for THE PRINCESS PLAN by Julia London! Check it out and be sure to grab your copy November 19th! The footman carried on into the ballroom.

All the while the Alucian gentleman watched Eliza as if she were one of the talking birds that were brought to Covent Garden Market from time to time.

Perhaps he was curious about her drink. “Would you like to sample it?” she asked.

The man’s eyes fell to her glass. He moved closer. Close enough that the skirt of her gown brushed against his legs. He leaned forward slightly, as if trying to determine what her glass contained.

“Rum punch,” she said. “I’ve never had rum punch until tonight, but I mean to remedy that oversight straightaway. You’ll see.” She held up the glass, teasing him.

He glanced up at her, and she noticed he had the most remarkable green eyes—the faded green of the oak leaves in her garden at autumn. His dark lashes were long and thick. She held the glass a little higher, smiling with amusement because she didn’t believe for a moment he would be so ill-mannered as to take her glass.

But the gentleman surprised her. He took the glass, his fingers brushing against hers. She watched with fascination as he put the glass to his lips and sipped the punch. He removed a handkerchief from his coat pocket, wiped the glass where his lips had touched it and handed it back to her. “Je, it is very good.”

She liked the way his voice slipped over her like a shawl, light on her skin. “Would you like a glass of your own? The footman and I have an arrangement.” She smiled.

He did not smile. He gave her a slight shake of his head.

She considered this lovely creature further as she sipped the punch. “Why are you here and not out there?”

A dark brow appeared above his mask “One might ask the same of you.”

“Well, sir, as it happens, I have a very good reason. The hostess was not satisfied with my dance card.”

His green eyes moved casually to her décolletage, and Eliza’s skin warmed beneath his perusal.

“I’m not particularly good at dance,” she admitted. “We all have our talents, I suppose, but dance is not mine.” She laughed because it struck her as amusing that she would admit this unpardonable social sin to a stranger. The rum punch did indeed have magic qualities.

The Alucian shifted even closer—her petticoats rustled with the press of his leg against her. His eyes moved over her mask, tracing the scroll that arched overhead. “I would hazard a guess that you would like to tell me your particular talent,” he said, clearly enunciating the last word.

Either the rum or the masculine rumble of his question had Eliza feeling swirly and warm. She had to think a minute. What was her talent? Repairing clocks? Embroidery? Or was her talent something as mundane as taking care of her father? She was certain her sister and her friend would be appalled if she admitted any of that to any gentleman. She couldn’t, anyway—his gaze was piercing, rendering her momentarily speechless and a wee bit slushy. 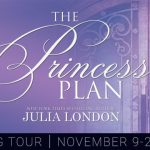 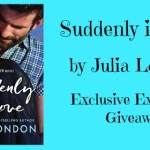