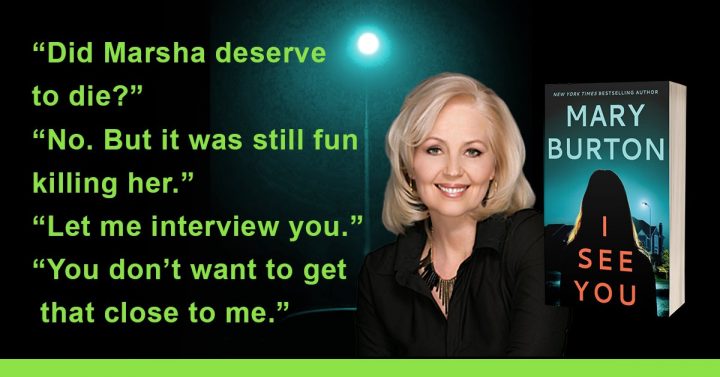 An Affair (and a Murder) To Remember with Author Mary Burton

I SEE YOU, my latest romantic suspense, features two of my very favorite characters: Homicide Detective William Vaughan and FBI Special Agent Zoe Spencer.
Zoe Spencer is a member of an FBI criminal profiling team dedicated to finding the most violent and prolific killers. Zoe, a talented artist and agent, specializes in forensic reconstruction. She skillfully merges her interview skills with pencil and paper to create stunning likenesses. And when only bones remain, she molds clay over bone to recreate the faces of the lost.
Zoe’s work generates a high case-closure rate, which draws the attention of the law enforcement community. Her lectures at the FBI headquarters at Quantico are often standing room only. Among those interested in her work is Homicide Detective William Vaughan.
Detective Vaughan, divorced and raising a college bound teenager, is a man of few words and when he does comment, his observations are always thoughtful and insightful. He not only hears what is said and but sees what is communicated via body language.
The more time Vaughan spends with Zoe, the greater his desire to breach her cool demeanor. He draws upon all his powers of observation, practiced detective skills and his somewhat rusty charm to win her. Though they begin an affair, she still remains elusive.
When a charred skull is found in Vaughan’s jurisdiction of Alexandria, Virginia, he turns to Zoe. Zoe recreates a stunning clay bust that leads to the identification of a girl who has been missing for fifteen years.
As Vaughan and Zoe dig deeper, the cold case heats up when several more women, similar to their victim, are discovered brutally murdered. This killer, who has avoided capture for so many years, is still hunting women. It becomes a race against time to catch a madman who shifts his sights to his next victim: Zoe Spencer.
I hope you enjoy I SEE YOU and this magnetic couple who I’ve pitted against one of my most chilling villains so far. 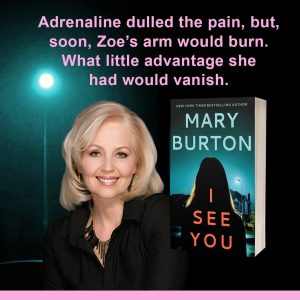 I See You Excerpt

The instant Vaughan woke, he knew she was gone. He should not have been surprised. She never stayed long, but he’d thought last night would be different.

He swung his legs over the side of the bed and instantly spotted the note on the mirror. It was written on the back of the fast-food receipt in fluid and graceful handwriting.

Called a car. Didn’t want to wake you.

Spencer. He knew how to make that woman’s body tighten with desire and how to make her moan in a way that told him she was fully attuned to his body. But beyond that, she was still a complete stranger.

He flicked the edge of the note, surprised he had not awoken. Since he had become a cop and father, he had turned into a light sleeper. Both incarnations, like a doctor on call, were summoned at all times of the day and night. His ability to shake off sleep in seconds and then think clearly was well honed. But yesterday had been long, even for him.

He laid the note on his dresser as he glanced at the pillow that still held the impression of her head. It was not like him to be sentimental, but he was sorry he likely would not see her for a while.

He showered, and fifteen minutes later he was dressed, his badge and sidearm on his belt. As the coffee brewed, he scrambled five eggs before he realized Nate was gone. He toasted a bagel and ate alone at the kitchen table.

He filled a travel mug with more coffee and was on the road by six o’clock. Moonlight mingled with the lights looming over I-395 as he looped around the beltway and headed north toward his exit. The traffic was already building, and soon it would slow to a snail’s pace.

With luck, the first wave of files from the Prince case would be in his office. He had been warned that there were a dozen file boxes, but he did not care. He also had the autopsy of the Jane Doe stabbed to death in the motel room to attend. It was going to be another long day.

Fifteen minutes later, he had parked and was in the break room, refilling his coffee. When he flipped on the lights of his office, there were six file boxes stacked in front of his desk. A green sticky note read More to come.

It was too early to call the medical examiner about his Jane Doe from the motel room, so he set his cup down and flipped through the first set of files.

He spent the next hour and a half reading through the detectives’ notes. At the time of Marsha’s disappearance, the detectives had exhausted every lead and tip that had come into the station, but in the end came up with nothing. 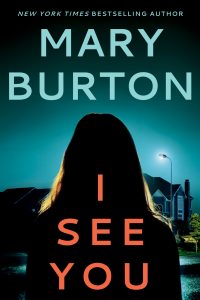 FBI special agent Zoe Spencer uses skeletal remains to recreate the faces of murder victims through sculpture. Though highly scientific, the process is also sensitive and intimate; she becomes attached to the individuals she identifies, desperate to find justice for each.

As Zoe examines old remains, she sees a teenage girl looking back at her—the victim in a cold case from over a decade ago. Zoe wants nothing more than to tell this young woman’s story and to bring her killer to justice.

Zoe’s case leads her to the victim’s hometown and to homicide detective William Vaughan, Zoe’s on-again, off-again lover. As the two become more involved in the case, they quickly realize that it isn’t as cold as they first believed: someone’s still out there hunting women. And with more women gone missing, time’s running out. Can they work together and stop this madman before he kills again?

New York Times and USA Today bestselling novelist Mary Burton is the popular author of thirty-five romance and suspense novels as well as five novellas. She currently lives in Virginia with her husband and three miniature dachshunds. Visit her at www.maryburton.com. 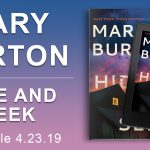 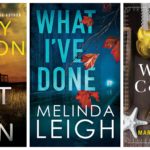 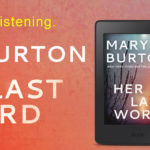