She’s in love with her sister’s killer…Lauren has loved Luke since first grade. They planned to marry—until
he murdered her sister. The moment he was sentenced to prison, Lauren
fled with her secret baby and made a new life. Now she’ll do anything to
keep their daughter safe. But her hard won peace shatters when Luke is
exonerated, and it sets her on a path of mixed emotions to discover the
truth. Letting a killer into their tightly knit family is out of the
question. Or is it?She almost destroys her life by threatening his…

Prison stole his future with Lauren and twelve years of Luke’s life,
so the last thing he needs from her is a knife in the back or a gun in
his face. Lauren believes he killed her sister, and he has no plans to
pick up where they left off. Luke can’t afford to trust her, but he
wants nothing more than to convince her he’s worth fighting for.Their daughter is in danger…

Luke is heartbroken when he learns they had a child together. Now his
daughter is in danger. Lauren trusted the wrong person for far too
long, but he hopes she’ll now trust him. Luke will risk everything to
keep them safe. And Lauren will risk everything if she lets him into her
heart.

· What is on your nightstand?

The latest book I’m reading! My phone (always dark and silent at night though) a sleep mask, and water!

· What author would you totally fan?

· What makes you cringe?

My former boss, District Attorney (because I work at fulltime at DA Office for past 21 years) always said he is never surprised but often disappointed. It’s kind of my mantra now. I’m not sure anything truly makes me cringe anymore. Except a snake. Because snakes are always scary if you sneak up on them , or vice versa.

· Do you obsessively plot out each point or just go with the flow?

I go with the flow. My characters don’t let me be too obsessive. They will tell me if I write something that doesn’t belong in the story.

· Is there a word you love to use?

I have to watch myself using that too often. It’s a throwaway word, something that many readers might not realize that they see, but it can unknowingly distract us from that scene.

He dropped his beer to the table beside him. “What
are you doing, Lauren? Just shoot me already. I’ve practically been dead these
past years, anyway.”
Her throat closed. She refused to imagine what he
experienced these last few years.
Luke shifted forward and frowned, let out a
rickety cough, then perched his elbows on his knees. He swiped a hand over his
face, then continued. “Look. I’m sorry about everything. Sorry you had to go
through the loss of your sister and you believed I did it. Sorry I couldn’t
comfort you. I’m… just sorry.”
His wobbly voice shattered her reserves. His
movements broadcasted an unexpected nervousness. She let out a whoosh of
breath, every fiber of her being sinking into a black hole of misery. Tears
rolled out of her, hot and choking. Her grip on the gun wavered but remained
clasped in her fingers.
He stood and swaggered toward her. His
heavy-booted steps on the wooden planks thudded in her ears. She wanted to back
away, but her butt rested against the porch railing and an invisible anchor
rooted her to the ground.
She swayed.
Her hands shook, and her best interest was to put
down the gun before somebody got hurt. Most likely her.
She lowered the pistol. He stopped in front of her
and took it. She was too weak, too helpless to fight. His presence suctioned
every bit of her power.
He set the gun on the ground. She jumped as
another round of thunder boomed. Rain pounded the roof. Droplets hit her skin,
but not enough to matter. She craved the cool refreshment. He stood facing her,
his eyes boring into hers. She licked her lips as if drawing sustenance from
that one small move, a move that drew his gaze to her mouth.
She swayed again, about to fall. He grabbed her
and pulled her into his arms.
“Careful.” His words wisped across her ear and
trailed down her spine to spool into a reservoir of lust in her loins.
She planted the top of her head against his chest
and sobbed as he held her. Her shoulders shook, the tears escaping in violent
torrents. She couldn’t stop no matter how hard she wanted to.
He smelled like mesquite smoke and musk, along
with crisp grass cuttings under Texas sunshine. Stupid, stupid to imagine such
things.
The tears were a release. A goodbye she never had
a chance to say.
Had she believed he was capable of murder? She
refused to listen to his sister when she begged. All the evidence pointed to
him. The police, the prosecutor, even the city mayor had convinced her.
How could they all be wrong? Her mind churned with
questions. Questions she should have asked before she’d threatened him with a
gun.
His fingers skated up her hair, and he tucked a
piece behind her ear. She straightened her spine and lifted her head, willing
her body to fight the attraction as her tears dried.
“I don’t know if I believe it,” she finally said.
“What? That I didn’t do it?”
She nodded, her limbs weak and
trembling.
“Well, if Clint didn’t do it, why did he run?”
She wondered the same thing, but Clint
being a killer was terrifying, even more so than Luke, considering she’d
entrusted her daughter with him.
She lowered her head and sniffled. He
placed his fingers under her chin and forced her to look at him.
Not a force but a slow, gentle move.
He had always been gentle. Clint had been the edgy one, the one who tested her
nerves. And yet after Luke had been accused of murdering her sister, she had
turned to Clint as a friend and let him take part in her life. How had he
manipulated her? How had she allowed it? Her belly flopped, the drying tears
searing her throat.
She’d always felt safe with Luke.
Safe, yet vulnerable, because her heart was at risk.
He dropped his hand from her chin and
finger brushed her hair. Her neck tingled. She longed to savor his mouth on
hers after all these years.
“I’ve imagined being in front of you,
begging you to listen.” His voice was a slow deep penetration to the core of
her being. Something impossible to pull away from. “I did not kill your sister,
and as much pain as I knew you were in, it broke my heart you never gave me a
chance.”
She lifted her chin higher and stared
straight into his eyes. “And I imagined having the chance to stand in front of
you and kill you.”
A strangled sob escaped him. His eyes
flickered. Her body grew warm with regret. Regret for her words, regret for
refusing to hear him out so many years ago, and regret for wanting him so much
she hurt.
“You’ve got that chance now. Why don’t
you take it?”
______________________ 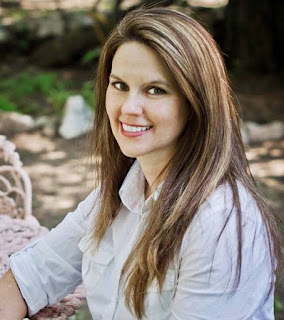 Angela Smith is a Texas native who, years ago, was dubbed most likely
to write a novel during her senior year in high school. She always had
her nose stuck in a book, even hiding them behind her textbooks during
school study time. Her dream began at a young age when her sister
started reciting ‘Brer Rabbit’ after their mom read it to them so often.
She told her mom she’d write a story one day and never gave up on that
dream even though her mom was never able to see it come to fruition. By
day, she works as a certified paralegal and office manager at her local
District Attorney’s office and spends her free time with her husband,
their pets, and their many hobbies. Although life in general keeps her
very busy, her passion for writing and getting the stories out of her
head tends to make her restless if she isn’t following what some people
call her destiny.