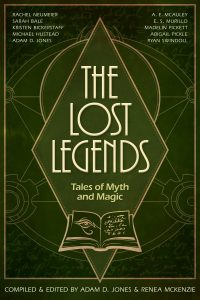 Old magic. New stories. Lose yourself in a fantasy anthology where adventure and mystery wait on every page. The LostLegends is bursting with mystical rivals, crafty elves, elusive vampires, and everything that makes fantasy the most fun genre in fiction.

When the old woman finally died, the leather-bound journals were taken from her dim house and hastily arranged on a pyre.

The curious town folk gathered to watch, dotting the grassy hilltop on all sides. Further back, their wooden houses surrounded the hill and stood as silent sentinels, holding lanterns by their outstretched eaves. Above them, even the stars peeked through the dusk to join the audience, but the scene before them was disappointing.

Her journals looked ordinary. Everyone in Crow Hill had seen Idna and knew about her writing; there was nothing ordinary about any of it. She was always sitting under a tree or in the shade of someone’s house or barn, and from her perch she would watch passersby with a cackling grin while she wrote endlessly⁠—madly, some would say⁠—filling blank pages with wild strokes. They expected her journals to appear sinister, or even arcane, but the books sitting on the pyre appeared completely normal. Their plain leather covers, coated with dust, quietly awaited their fate.

When torches became the only light, all eyes turned to Hild. She stood tall over the pile of tomes and cast her gaze downward, as if defying the dusty books, telling them she was not afraid of them. Two men on the hilltop held torches low, letting the bright fire almost touch the books, and looked to Hild for permission.

Glancing up, Hild noticed the surrounding onlookers were no longer staring at the books. Their wide eyes watched her now, waiting. It’s like the day they first saw me.

She remembered five years ago when she rode into Crow Hill on what was still the only horse in town. The settlers left their homes and formed a crowd to greet her, parting as she plodded down the lone street. They were silent at first, but after taking in her fine horse and her silk clothes, they began asking questions. She explained that she had been a record keeper in the Capital, but after an early retirement she was looking for a new home, a place on the quiet frontier where she could relax. Hild expected more questions, but before she could even dismount from her saddle, they asked her to take over the recently vacated job of town overseer. From the moment she swung down from her horse and her boots made their first imprints on Crow Hill, nothing happened in the settlement without the approving nod of Hild’s sharp chin. 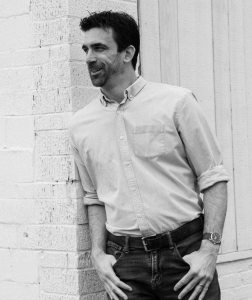 I began telling stories when my middle school newspaper asked for fiction submissions. They accepted mine, and then I saw my words in print for the first time. Ever since, I’ve only wanted to be a writer. (It was a very important story about a dolphin outwitting a shark.)

Besides fiction, I’ve also done my time in the academy, where I lectured students, researched some of history’s more obscure figures, and published a thesis on medieval historiography that (somehow) is listed on Wikipedia as something authoritative.

I even wrote a board game or two, and then spent some time writing ads for businesses, big and small, and contributed to two books on creative writing.

But it’s all about the storytelling for me, and working with other writers to put The Lost Legends together has been nothing short of a dream project. Each story will take you on a new journey, carrying you on an adventure until you’ve reached the tale’s end and turn the page, tumbling into the next flight of fancy.