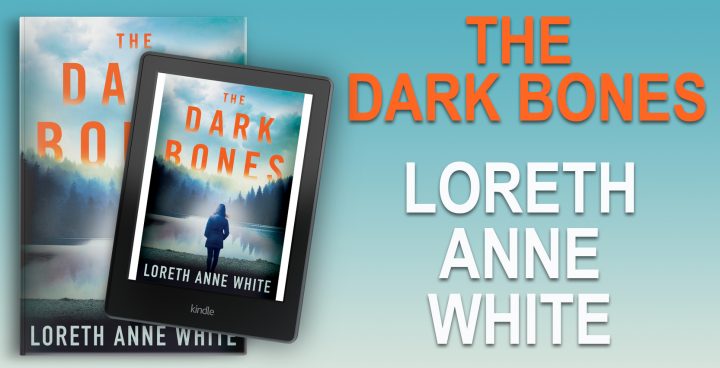 Hunting For Betrayal with Author Loreth Anne White
My newest novel, THE DARK BONES, is about a cop, Rebecca North, who learns that her father—a retired police officer—has killed himself. She can’t believe it. But in order to prove it was murder she must return to her small, rural home town and face a lot of dark things she’s been running from including the man she left behind long ago, and a cold case thought long buried.
At the core, THE DARK BONES examines the lies people tell each other and themselves—the false narratives they construct in order to hide mistakes, or bad deeds, or hurtful truths, or realities that shame and burden them. And as Rebecca North, my detective, digs deep to find the truth of what really happened to her dad, she begins to crack open a carapace of old lies that wraps around a cold case—a  heinous deed that occurred in her small community twenty years in the past, a crime from which people are still hiding.
Rebecca fast learns that the secrets she is beginning to unearth are secrets people will still kill to keep. However, opening up this vault of lies and betrayals in the small town also reveals to Rebecca truths about herself, and about the man she once loved, Ash Haugen. A man who betrayed her. And in confronting those betrayals and old lies, and the reasons that underpinned them, Rebecca and Ash can finally heal, and open themselves to a love that was always meant to be. At the heart THE DARK BONES is also about second chances, and getting that opportunity to try and set right the collateral damages around betrayal.
Although THE DARK BONES stands alone, it also revisits the setting and some of the characters from an earlier book, A DARK LURE. Those earlier characters were left with a hard road to travel toward their happy end, and as some of them play a key role
in Rebecca and Ash’s story, we see them also confronting outfalls around betrayal, and getting chance to continue their journey towards a good life.
The Dark Bones Excerpt

Rebecca felt warmth. She was enveloped by it. She heard the crackle and pop of dry logs burning and, in the distance, dogs barking. The smell of … fire—

He sat there. Ash. In a chair by the fire, watching her with his ice-blue eyes. She was in his living room, and the lighting had been dimmed. The flickering glow of the flames in the hearth behind him cast his rugged features into sharp relief. The scar down the side of his face looked harsh. An old brown dog with a white muzzle slept on a rug in front of the hearth.

Rebecca’s brain slotted puzzle pieces into place as she struggled through a mental haze to backtrack and figure out how she’d gotten here: The lights following her. The razed cabin and the clues that someone had been inside the shed and maybe fled the scene. Ash shooting at her. No gas in her truck. Fear of dying. Coming here to Haugen Ranch. Shucking her dad’s gear in Ash’s mudroom. Him helping her into the living room of his old family home—a great big log house built by his grandfather. Seating her on the sofa.

She sat up slowly, trying to pull her brain into sharper focus. A down duvet was wrapped around her, a heated blanket beneath that. The duvet smelled of fresh laundry. Yes, she recalled, the fire had already been going in the hearth when he’d brought her in—she’d noticed that. Next had come hot tea with honey, warm clothes handed to her—fleece, oversize. More tea.

He’d told her not to talk. Discussion could wait.

She met his eyes now and felt a visceral connection across the darkened room. This was her first proper look at him after all these years.

Her teen lover had aged. As she had. But he’d matured in a way she found attractive. He was neither sweet nor handsome. Rugged rather. A brooding look. Sun bronzed and weathered. Her attention returned to his scar. So prominent, cutting down the left side of his face from eye to jaw. He could have had plastic surgery over the past decades, but clearly hadn’t. Her memory slipped back to the day she’d tried to patch him up with the help of a small medical kit and knowledge she’d gleaned during her part-time job as a veterinary assistant.

Her attention shifted to his hands. His knuckles were scarred.

What were you protecting him from that day?

She recalled the blood she’d seen on those ragged and bruised knuckles that day. Why had she not told her father she didn’t know for certain he’d fallen off his horse and been dragged across sharp terrain?

Why had she not questioned more firmly, at age sixteen, Ash’s refusal to go to the ER facility on that particular day? What deep psychology had driven her to possibly blind herself to search for a darker truth?

In that tempestuous, hormone-filled year she was sixteen, had she conveniently compartmentalized something that had created cognitive dissonance, because she’d just recently started sleeping with Ash, and needed to believe him? Needed to trust him again?

How had her actions that day shaped this present? Could it—she—have possibly played a role in her father’s death?

And why, oh dear God why, did Ash still make her feel things? This—this—was why she’d stayed away. He held an animal kind of magnetism over her. She felt it now, her gaze locked with his arctic eyes. Her attraction had blinded her to the fact he was not good for her. He was a liar.

She cleared her throat. “What time is it?”

“Almost midnight. You going to be okay? Do I need to drive you to Clinton?”

From his ranch it would take almost an hour, in the dark, on bad roads. And the ER would be closed. They’d have to call 911 for emergency to open up with an on-call physician. It reminded Rebecca that out here, one looked after one’s own.

A half smile. “Slept like a baby. You must have been tired.”

A desire to tell him all rose in Rebecca: How rough her journey home had been with the storms. How seeing her father’s body had gutted her. How exhausted she felt, emotionally. But she held back as her mind sharpened and the immediacy of why she was here, with him, in this house, was pulled into clear focus.

“What made you return to my father’s place when you did, Ash? How did you come to find me?”

“I go up to the Broken Bar mesa sometimes. The view of the valley on a clear, cold night is surreal.” A pause. “I needed to think.” After seeing you. The unspoken words seemed to simmer between them. “Someplace above it all. Then as the moon rose, I caught light glinting off metal where your father’s place was. I thought it might be a vehicle, so I went to check before heading home.” He paused. “You could have died out there.”

Rebecca swallowed as this fact sank like a stone through her gut.

“Have you been sitting there watching me like that all night?” 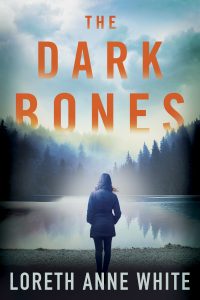 About a Book
Title: The Dark Bones
Author: Loreth Anne White
Release Date: May 21, 2019
Publisher: Montlake Romance
Summary
When Detective Rebecca North left her rural hometown, she vowed never to return. Her father’s apparent suicide has changed that. The official report is that retired cop Noah North shot himself, knocked over a lantern, and set his isolated cabin ablaze. But Rebecca cannot believe he killed himself.
To prove it, she needs the help of Ash Haugen, the man she left behind. But Rebecca and Ash share more than broken hearts. Something darker lies between them, and the investigation is stirring it back to life. Clues lead them to the home of Olivia West and her deeply troubled twelve-year-old daughter, Tori. The child knows more about the murder than anyone can imagine, but she’s too terrified to say a word.
And as a cold-blooded killer resurfaces from the past, Rebecca and Ash begin to fear that their own secrets may be even harder to survive. 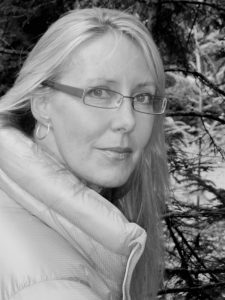 Author Biography
Loreth Anne White is an internationally bestselling author of thrillers, mysteries, and romantic suspense. A three-time RITA finalist, she is also the 2017 Overall Daphne du Maurier Award winner, and she has won the Romantic Times Reviewers’ Choice Award, the National Readers’ Choice Award, and the Romantic Crown for Best Romantic Suspense and Best Book Overall, in addition to being a Booksellers’ Best finalist and a multiple CataRomance Reviewers’ Choice Award winner. A former journalist and newspaper editor who has worked in both South Africa and Canada, she now resides in the Pacific Northwest with her family. Visit her at