I am so excited that THE LOST LUNASON Series by Stacie Sultrie is out now and I wanted to share the news!If you haven’t yet heard about this wonderful series by Author Stacie Sultrie, be sure to check out all the details below. Some of the books are on sale for a limited time! Make sure to grab them while you can!

This blitz also includes a giveaway for 5 ebooks of PORTAL OF POWER, International, courtesy of Stacie and Rockstar Book Tours. So if you’d like a chance to win, enter in the Rafflecopter at the bottom of this post. 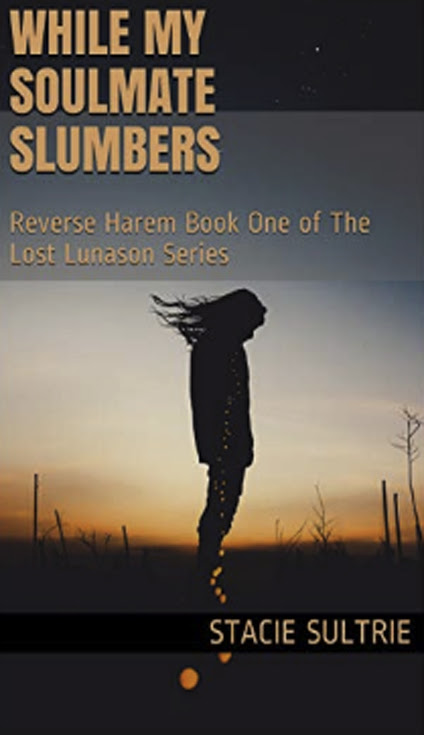 Amazon
Grab book 1 for FREE April 11-15!
When the love of her life sacrifices himself to protect her from the ultimate evil, Cassia Lunason plunges herself into an enchanted slumber. After two hundred years of blissful dreaming, Cas wakes up to discover that the world has become a very different place. Cars zoom down the streets, lights come on with the flip of a switch, and enchantresses take more than one mate.

Not only does the powerful enchantress need to learn how to navigate the new world, Cassia soon realizes one very important thing – her soulmate is still alive. With the help of her familiar, a majestic white wolf with the ability to speak telepathically, Cassia struggles to reach her lost love. Along the way, Cas is distracted by a handsome man who will stop at nothing to help her get her beloved back.

Will Cassia reach her lost love in time?
Is the evil her soulmate sacrificed himself for truly destroyed?
Can her newly kindled friendship stand up to the scrutiny of her familiar?

Turn the page to see how Cas deals with the multiple men in her life while struggling to get the one man she has always loved back. 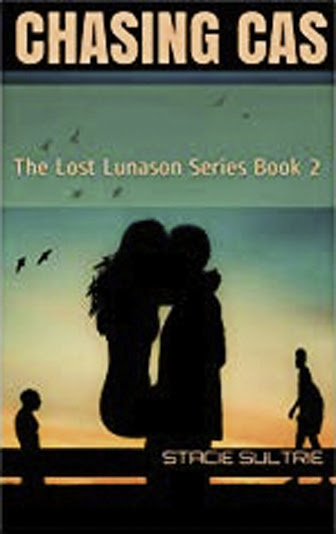 Follow Cas and her three powerful protectors in this exciting paranormal tale of magic, shifters, and soulmates.

Cassia, the most powerful enchantress born in centuries, is so busy living her happy new life that she doesn’t realize people are searching for her. While Cas spends her time bonding with the boy next door, the soulmate she doesn’t remember exhausts every option on his hunt to find her.
Unfortunately, he isn’t the only one hunting…

An evil from her past is back with a vengeance and will do everything imaginable to destroy Cassia and her mates – including feasting on unsuspecting humans and tormenting the other enchanted.

Can Cassia’s true love find her before evil destroys them all?
Will Braxton finally risk everything and reveal his secret?
Book 2 of The Lost Lunason Series really heats up and will leave you begging for more!

This is not a standalone and should be read after “While My Soulmate Slumbers.” 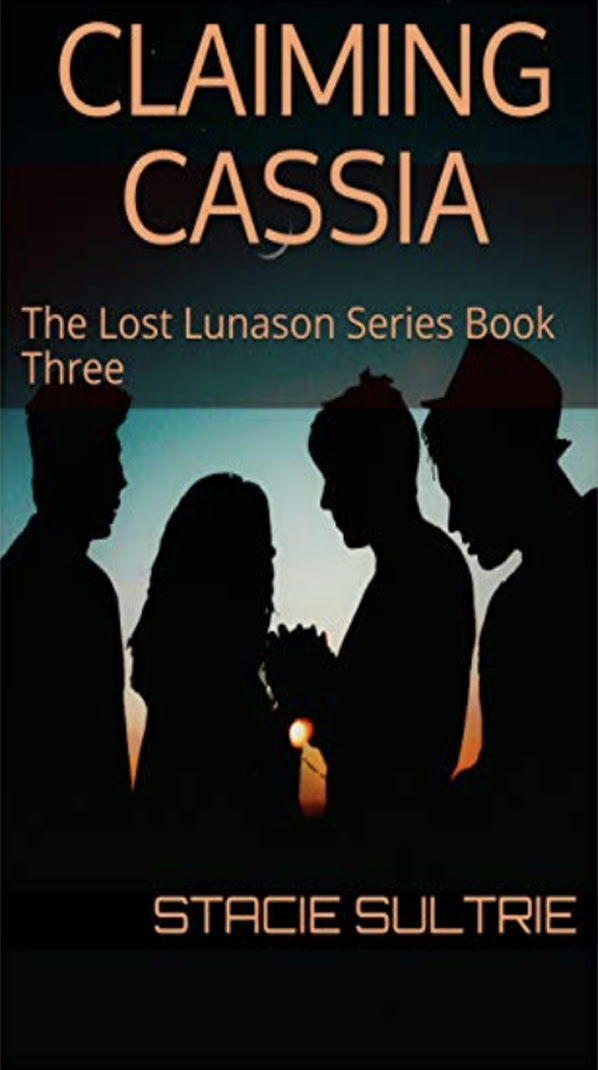 Just when she thinks it’s safe to concentrate on her relationships, Cassia’s world is turned upside down once again.

The most dangerous enemy of the enchanted is on the loose and nobody is safe.

Celestia has made the ultimate sacrifice for her sister, unfortunately, this is the worst time for her to be so vulnerable.

Secrets are revealed that leave Cas wanting more than just answers, and her three muscular mates hope to giver her everything she desires.

If you thought Chasing Cas was hot, you won’t believe the action in book three! 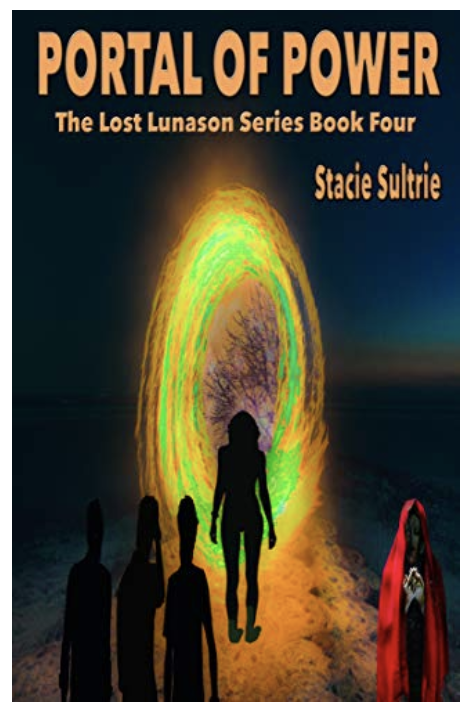 The happily ever after you’ve been waiting for! Or is it?

The bonding of multiple mates, a group of true soulmates, will unlock the ultimate power…

When Cas and her men finally complete their bonding ceremony, they are shocked to discover that they’ve opened a portal to another world. They didn’t know that their love would open the door to another dimension, but they are also clueless about what’s on the other side.

Will monsters flow through the newly opened gate, or is this the world they were destined to live in?

Though the quartet has no idea what to expect, they certainly didn’t think that the portal would draw the evil from their own dimension to their doorstep.

Can Cas and her mates finally defeat Vita?

Who is the mysterious Addie and why did the portal call to her?

Did Cassia and her mates finally find their happy ending, or will new problems threaten the happiness they’ve worked so hard for?

Find out these answers and more in this thrilling conclusion of The Lost Lunason Series!

Vita hated Cas with a passion that she imagined would eat away at her soul if she had one. The foolish little enchantress always found a way to take what should have been Vita’s. Cassia had the power, she had the doting parents and loving sister, and then she took the most powerful enchanter born into their world. Vita had parents that hated her, a sister that always got everything she wanted, and the only men that were ever interested in her had bad intentions. Oh, Vita was always searching for new ways to improve her situation, so she’d taken the power she wanted, killed her vile parents, and taught her sister a lesson. But that wasn’t enough – it would never be enough. The only thing that might ease her anger would be the day she finally destroyed Cassia. Sure, Vita had the pleasure of knowing that Cas lost two centuries of life because of Vita’s interference; she’d murdered Cassia’s parents and caused Ari to kill himself, but somehow Cas still found a way to take whatever she wanted. Now the bitch was trying to take the promised land, a world full of unimaginable power just waiting to be harvested.

She took a step closer to the portal, and Vita began to feel the power radiating through her body. Tiny prickles of energy floated over her skin, the stinging sensation filling her with more magic than she’d ever had. Oh, she knew that she was strong before, but this power was like nothing she’d ever experienced. It coursed through her veins, pumping her full of mystical energy that begged to be used. She could feel the magic flooding her system, and it felt sinfully delicious. This portal was already making her stronger, so strong in fact, that Vita felt indestructible. If she could just enter the new world, if she could harvest even a fraction of the magic that existed on the other side of that shiny ring, Vita would be unstoppable. Not only would she have the power to defeat Cassia once and for all, but Vita would also have enough magic to finally rule the world. Perhaps, she thought as she looked at her glowing skin, I can rule both worlds.

She took another step closer to the portal, plotting her revenge on everyone that had wronged her, when Cas and her mates began to approach the flaming oval that gave way to another world. As Cas reached for the portal, her dainty hand outstretched and all four of them entranced, Vita knew what she had to do. This strange new world was made for her, and once again Cassia Lunason stood in the way of something she wanted. There was no way that Cas would ever enter that portal. She didn’t deserve anything so wonderful. No, the only thing that Cassia merited was death, and Vita was going to make sure that Cas got what she deserved. 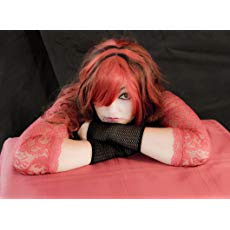 Stacie Sultrie was born and raised in the United States and currently lives in a tiny Midwestern town. She has a loving and supportive husband who always encourages her to follow her dreams. Stacie has an amazingly athletic son that habitually hauls the family around the Midwest for sporting events. She also has two darling dogs that stay up late with her while she works on her books. Stacie is a stay-at-home mom, has earned her bachelor’s degree in psychology, and plans to continue writing while pursuing a master’s degree. She enjoys watching her son play sports, is an avid reader, and has a myriad of artistic hobbies. Stacie has always appreciated horror, paranormal, and romance books, but after reading her first reverse harem, was hooked on the genre. She hopes to publish a book every two or three months, and is grateful to everyone that supports her!

5 winners will win an eBook of PORTAL OF POWER, International.