At its heart, this book is based on some favorite romance tropes (best friend’s older brother, unrequited crush, second chance-ish) although the circumstances are unusual. Basically, Logan returns to town to help his sister recover and, in his desire to help his sister mend fences with Claire, he hires Claire to redecorate his apartment. What starts out as a somewhat manipulative—though well-intentioned—plan flips on him. He remembers the version of Claire from before the gunshot wound and wants her to stop living in fear, so he sets about slowly challenging her limits to help her lead a fuller life. In the process, he falls for her, although his job and wanderlust (and Claire’s inability to forgive Peyton) conspire to make her push him away. Ultimately, they have to figure out how to compromise if they want things to work out.

Each book I write is special in its own way. I think what stays with me about this one is a sense of tenderness that developed in Logan that didn’t really exist before he spent more time with Claire. He was a fairly selfish guy (meaning he put his needs and career aspirations ahead of everything) for most of his life. His sister’s life-threatening illness was the first catalyst for change, but his relationship with Claire develops a new facet of his personality. I liked him so much by the end of the story. And I had fun writing Claire, despite her being a very nervous, conservative character at the outset.

In my mind, Claire’s greatest strengths are her ability to be content with the little things and her gratitude for her family and friends. For the most part, she rarely laments her quiet life. When she had to give up her first love (tennis), she directed her energy into something else she enjoyed and made that a career. She feels that she is good at her job and she enjoys it, so that also gives her a sense of pride and accomplishment. I think her job (making old or ugly things pretty) is a bit of a metaphor for how she dealt with her injury.

I think losing her boyfriend to a best friend rocked her to the core. Those two betrayals shook a fundamental sense of trust in all relationships. And in love. She recovered much better from her physical injury that the emotional ones, that is for sure. In any case, this cynicism about love and friendship definitely makes it hard for her to believe anything Logan has to say, or to believe that he could truly love her.

She’s caught unaware, so she reacts badly, especially because she suspects he is trying to manipulate her. Hostile might be how some would describe her mental state, although Claire tempers her feelings most of the time, so it is more of a quiet rage with a hint of desperation to flee!

No. They are opposites, but in a complementary manner. In other words, he is able to use his strengths (courage) to help her tap into her own, and she is able to use her strength (contentedness) to give him a sort of stability and affection sorely lacking in his life.

The have the common ground of growing up in the same community, with all the values and ideals that help form us as children. They also have mutual friends and some shared history, which binds them. In terms of their interests, they are both creatives—him with photographs, her with fabrics and such—so they understand that way of seeing the world.

The hallmark of any well-written romance (of which there are plenty) is that its characters will have a strong arc (they will grow and become better, stronger individuals). In this story, Claire needs to learn to take risks again, and to trust that, come what may in life or love, she will survive and be okay. Logan needs to learn to compromise, and to learn that the relationships he makes in the here and now are more likely to bring true happiness than achieving any aspirational goal. 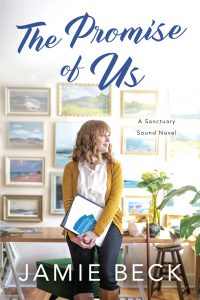 Claire McKenna knows about loss. The bullet wound that ended her promising professional tennis career drove her to make a quiet life for herself working with fabric samples, chatting with her book group, and spending time with her parents in her sleepy coastal Connecticut hometown. Then there was the boyfriend who dumped her to pursue her adventurous childhood friend. Now, Claire’s business has hit a financial snag, but she’s up to the challenge. After all, she can survive anything. At least she thinks so . . . until her teen crush, Logan, returns to town with his sister, Claire’s traitorous friend.

Photographer Logan Prescott is more playboy than homebody. But his sister’s illness teaches him that there’s more to life than chasing the next thrill. Bent on helping her win Claire’s forgiveness, he turns his charm on Claire and offers her big bucks to renovate his multimillion-dollar New York City condo.

After years of playing it safe, Claire must now take some risks. The payoff could be huge, but if it all falls apart, can her heart recover from another loss?

The Promise of Us Excerpt

“What are you thinking?” Claire dropped her hands to the table.

Steffi shook her head, waving one hand. “Nothing.”

“Don’t lie. Is there another problem I’m not aware of?”

“No.” Steffi inhaled, held her breath, then exhaled slowly.

“I know of one project that would make a sweet profit and let you really stretch your talent. ‘Sky’s the limit’ kind of budget.”

“Never mind. You won’t take it, so let’s move on.” Steffi spooned whipped cream into her mouth. “Oh! Molly says that Mrs. Brewster is thinking of remodeling her master bath.”

Mrs. Brewster’s late husband had left her comfortably well off, but you’d never know it. She clipped every coupon available to humanity—Claire had been behind her at the grocery store more than once. She put only two dollars in the collection basket at church each week, despite having enough money to leave more. And she gave out bite-size candy at Halloween. Bite-size!

“We can’t rely on Ryan’s mom as our major source of leads, and Mrs. Brewster spending big bucks on a remodel sounds improbable..” She leaned forward, elbows on the table. “Don’t make me beg. If you have a solution, I won’t dismiss it out of hand, I promise. I’m not an idiot. We need income. I’ll do whatever it takes to keep the doors open.”

Steffi went still, her chin just above the mug held midair. “Whatever it takes?”

Claire’s hair stood on end, but she motioned “Let’s have it” with both hands.

Steffi hesitated. “How would you like to redecorate a high-end condo in Chelsea?”

“In the city?” Her entire body prickled painfully at the thought of putting herself in the midst of that chaos and danger. She’d already been one madman’s random victim. Manhattan teemed with crazy people, not the least of whom were the ones who drove their cars like heat-seeking missiles. “Who’d hire us instead of any of the premier designers there?”

Claire’s tongue seemed to swell and turn sticky. Work with Logan … Her blood thickened like warm syrup. Tingles and terror all at once—a sensation she both loved and loathed. Her own brand of crazy. Maybe she did belong in New York, after all. “No.”

“You just said you’d do whatever it takes.”

“Not that. Never that.” Claire didn’t need to look into a mirror to know that her fair, lightly freckled cheeks now looked like someone had smeared them with ripe strawberries.

“As I suspected.” Steffi shrugged nonchalantly, as if she hadn’t just pulled the pin from a grenade and dropped it on the table. “So that leaves us a little tight until something else comes up. In terms of our social media presence, I just read an article …”

Claire heard Steffi talking, but the words ran together like white noise because Claire’s brain was still stuck on the idea of working with—no—for Logan Prescott. His obvious ploy made her want to laugh. Did he really think he could buy her forgiveness for his sister? Well, Claire would never, ever forgive Peyton. Not even if he paid her a million dollars to renovate his condo.

“Claire? Did you hear anything I said?” Steffi turned her hands out in question.

“Sorry.” She rubbed the scowl from her forehead. “I’ll find another way to turn up new leads. Working with Logan is a hard no.”

“Too bad. You’d have so much fun decorating his place. I’m sure he’d let you do whatever you wanted. Anything would be better than how it looks now. Guess he never cared before, since he was rarely around to enjoy it.”

Only a Prescott would own a million-dollar property that sat vacant as often as it was occupied.

“Did I call you one?” Steffi had the gall to look stunned.

“This has Peyton’s paw prints all over it. I’d bet my last penny that she put him up to it. I don’t know what I hate more, that she did it, that you took the bait, or that she knows we’re desperate for money.”

“It’s not a conspiracy. I mentioned that I felt bad about putting you in this situation because of this home. Logan tossed out the idea on the spot.”

“I can’t deal with the strings that would come with his offer.” Except now Claire couldn’t focus on anything else because thinking about Logan took up all the space in her head. If Peyton hadn’t stolen Todd, she might’ve pounced on a chance to work closely with Logan. Of course, then she wouldn’t have been free to act on her desire. Not that she had ever acted on it before Todd, either. The hawkish way Logan could stare at her turned her to jelly around him and—oh, just no. “I thought you finally understood that.”

“I do. That’s why I wasn’t going to say anything.” Steffi crossed her arms. “You forced me to tell you.”

True enough. Logan’s image flickered through Claire’s mind again, poking at the tender spot of her pointless longing, like always.

She shook her head, dislodging all thoughts of Logan. “I’ll catch up with Mrs. Brewster and pitch a proposal for her bathroom. But we also have to scrape together funds to advertise and update the website, and you need to scare up reno work pronto. Promise me we’ll earmark new revenue toward retail space—”

A knock at the door interrupted her monologue.

Steffi rose from the table and disappeared around the corner.

From the other room, Claire heard Steffi’s surprised voice say, “Oh, we didn’t expect you so early.”

“Hope that’s not a problem,” replied Logan, in his unmistakable baritone. 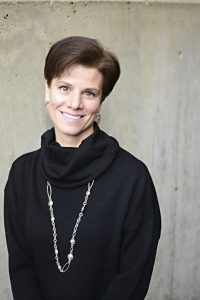 National bestselling author Jamie Beck’s realistic and heartwarming stories have sold more than one million copies. She’s a Booksellers’ Best Award and a National Readers’ Choice Award finalist; and critics at Kirkus, Publishers Weekly, and Booklist have respectively called her work “smart,” “uplifting,” and “entertaining.” In addition to writing, she enjoys dancing around the kitchen while cooking and hitting the slopes in Vermont and Utah. Above all, she is a grateful wife and mother to a very patient, supportive family.

For fun tips, exclusive content, and a chance to win the monthly birthday reader box, please sign up for her newsletter at jamiebeck.com.

Jamie also loves interacting with everyone on Facebook at www.facebook.com/JamieBeckBooks. 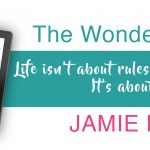 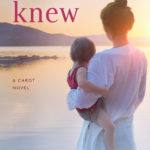 $25 #Giveaway The Top 5 Reasons You Need A Manny b 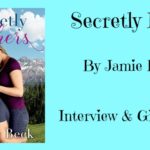