1)    Thanks for being here today! To start off, can you please tell us a little bit about your current project?

The (Half) Truth is a romantic comedy about a socially awkward woman who finds herself in a bit of a predicament at work, so she tells a little white lie to save face with her co-workers. It’s easy to make up a boyfriend to look like you’ve moved on from an ex (who happens to be your boss)…it’s not so easy when that lie walks into the room.

2)    Would you say this book showcases your writing style or is it a departure for you?

It’s definitely not my “normal” type of book, but it’s not the first romcom I’ve penned. I thoroughly enjoy letting loose and having fun with my characters, so I wouldn’t be surprised if I start writing more books like this in thefuture.

3)    How did you ‘get to know’ your main characters? Did they ever surprise you?

Tatum was easy—she’s very much like me in the sense she’s awkward and a horrible liar. Jason was a little more difficult to “get to know.” I pretty much had to learn about him as I wrote. And yes…they surprised me almost every time they were in the same scene together.

4)    What was the most difficult scene to write?

The toughest scene to write was when Tatum’s lies came out. Since she’s so much like me, I could physically feel her humiliation.

5)    What was your favorite scene to write?

I had the best time writing the scene in the laundry room with the cheese puffs. I think I laughed the entire time I wrote it.

6)    Can you list some things that inspired this book?

The idea of this book came to me one night while I was thinking “what if…” I told an innocent lie for a good reason and then got caught, and what if it involved a super-hot guy.

Tatum’s best friend, Kelsey, gets her story told in The (Secret) Baby, and it’s EPIC! 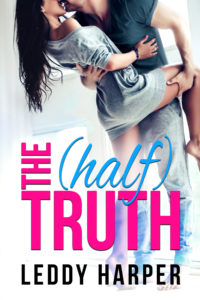 Tatum Alexander is so close to realizing her dream of becoming a sous chef she can taste it, but working at her ex-fiancé’s restaurant with his new girlfriend was never in her career plan. To save face and prove she’s moved on, Tatum cooks up a lie that she’s in a relationship with her best friend’s superhot cousin. There’s just one problem: Jason only recently moved to town, and he has no idea they’re already “dating.”

Jason’s a recovering ladies’ man who shouldn’t be on the menu, but that doesn’t mean he’s immune to Tatum’s quirky charm. Giving her lie a kernel of truth, they decide some no-strings-attached fun between the sheets can’t hurt. But as Tatum’s forced to keep making up stories to cover her original fib, she has a hard time separating what’s real and what’s fake—including her feelings for Jason.

With too many tales spun, Tatum can only watch in horror as her collection of yarns begins to unravel, leaving everyone she cares about feeling betrayed. After so many lies, will it be too late to set the record straight? And more importantly, will she be able to convince Jason there’s truth in their love? 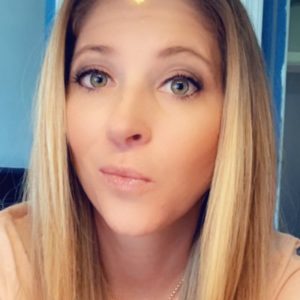 Leddy Harper had to use her imagination often as a child: she grew up the only girl in a family full of boys. At fourteen, she decided to use that imagination to write her first book, and she never stopped. She often calls writing her therapy, using it to deal with issues through the eyes of her characters.

Harper is now a mother of three girls, making her husband the only man in a house full of females. She published her first book to encourage her children to go after whatever they want, to inspire them to love what they do and do it well, and to teach them what it means to overcome their fears. You can learn more about Harper at www.leddyharper.com or find her on Facebook at www.facebook.com/Leddy.Harper.