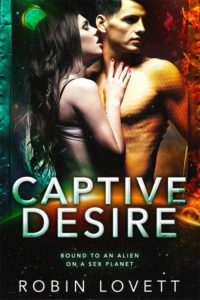 Gahnin, a Ssedez general, hasn’t had a woman since his first mate died a century ago. And since his kind can live for a thousand years, he’s still bound by traditional mourning. If he breaks mourning, he could lose his position in the Ssedez military. His friends and family. Everything.

That means no falling in love. No lust. No sex. For another century.

Then he’s ordered to guard Assura, a human woman and military special operative, on a planet whose atmosphere causes a sexual arousal so fierce, it drives people insane if it isn’t satisfied.

Even though he tries to keep Assura at arm’s length, he’s hooked. Forbidden desire called to life by a human, the same species who killed his first mate. Assura needs his body if she is going to live. But if he gives in to his passion, it could destroy him.

Assura grasps my hand. “Gahnin, my relationship with my former lover was what we call casual.”

“Casual?” I have misunderstood and betrayed my concern for her. I am not supposed to care about her—and I am failing.

My vulnerability grips at my anger and pulls at my chest. I do not understand this woman or these humans or any human. “What is casual about love? There is nothing more powerful in the universe.” I have lived with the grief of losing it for ten decades. I am both marked and scarred forever.

Assura leans her head on her knee, and her expression is full of sensitivity and patience. “I love her for the extraordinary woman she is. She is glorious to share a bed with. But I never had any desire to be exclusive with her or to have a commitment from her.”

This translates into nothing I have experienced before.

I have seen other unmated warriors engage in such relationships. But I have never succeeded. “So, you have not cheated or been unfaithful with me?”

“No. I’m free to sleep with whoever and whenever I like.”

She says it with lightness almost like it is a joke.

But there is nothing funny about it to me. “That means that what you and I have is also…”— I have to swallow before I can say it—“…casual.” The acid eating at my stomach, rather than lessening, gets worse. It starts to burn in my gut.

There is nothing casual about the mating bond that is still brewing inside me for her. It is a force of nature, one that I can try to deny or avoid. One that I must conquer.

She hesitates but eventually agrees. “Yes, this is casual.”

I stare off in the forest. “It is also chemically induced.”

“We have been lovers only because of the toxin in the atmosphere which makes us want to have sex, the desidre.” I say this because  I need it to be true. That is the only reason I still crave her body like an addiction.

She stops breathing, so I have to look at her. “That… is…” She stutters with confusion, and her voice morphs to indignation. “Do you honestly believe that? You think the only reason we’re like this”—she gestures back and forth between us—“like a damn lit fuse waiting to go off, is because of the desidre?”

“Of course it is,” I assert but cannot stop from noticing how her breasts are propped up against her knees, from remembering what they felt like in my hands.

She tosses her head back and stares at the stars. “You know, they say it’s the desidre, but I haven’t felt like having sex with anyone but you, and the Fellamana told me the desidre should make us want to have it with anyone who breathes. Why is that?”

My breath stops, and I do not want to answer. “I do not know. I have never indulged in casual sex.” It would have been disrespectful to my first mate’s memory. Still is.

Assura drags her gaze down to mine, and there’s a mischievous glint to her eye, like she knows something.

“You are what we call a serial monogamist, Gahnin. You need to wrap your logic around sex as recreation, not only something to indulge in when one is mated or committed or whatever.”

I try; I do. But it’s as though my brain is a computer and  the entry code is wrong. 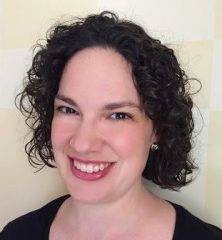 ROBIN LOVETT enjoys trips to alien worlds to avoid earthly things, like day jobs and housework. When not reading romance with her cat, she’s busy writing sexy books, which may or may not involve anti-heroes, aliens, or both, but almost always enemies-to-lovers. She’s a big fan of her husband who regards writing romance as far more important than practical things, like paychecks. Her favorite surprise in the world, or the universe, was finding out by some miracle other people want to read the same kind stories she loves to write.

In a past life, Robin worked as a professional opera singer who grew tired of playing dying heroines and took up writing Happily-Ever-After instead.

For the writers, check out her weekly posts on #RWChat, a Twitter chat for romance writers every Sunday evening. She also writes a monthly romance writing column on diyMFA.com and was a contributor to the former Heroes & Heartbreakers blog. She is represented by Rachel Brooks of BookEnds Literary Agency.