His job was to protect her, not fall in love with her.

When Logan Steele is hired to protect an archery champion who is being stalked, the former SEAL automatically assumes his client is a man. Then he meets Weslee Campbell, a beautiful woman with the prettiest light blue eyes he’s ever looked into, and he knows his life is about to change forever. That is, if his fear doesn’t get the best of him. For a man who has faced enemy insurgents, rescued innocent people in the line of fire, and piloted a helicopter without experience to save his SEAL team, he shouldn’t be afraid of anything…yet meeting a pretty girl with a heart of gold has him questioning if he’s brave enough to fall in love.

Get it now on Amazon

Add to your Goodreads Shelf

As they slowly made their way toward the entrance, Weslee regretted her earlier behavior. She’d acted like a spoiled brat when all he was trying to do was keep her out of harm’s way. Her mother had raised her to be a lady, and she needed to make an apology.

She tipped her face up to look at him and realized now was not the time to apologize. Focused and stern looking, Logan honed in on the crowd around them. With his attention riveted on their surroundings, it gave her a moment to really study him. His appearance was a little deceiving. The clean-cut look gave him a hot-boy-next-door kind of vibe. Dressed in the expensive tux, he looked more like a sexy British spy than a soldier. It was his piercing blue eyes that gave him an edge, making him look cool, calm, and dangerous.

As if he knew she was checking him out, his eyes flashed to hers. Glimmering like chips of ice, they held very little warmth and were deadly serious. Still, despite his cool assessment, she felt that magnetic pull toward him. Instead of shrinking away, no doubt what he intended her to do, she held his gaze and gave him a soft smile.

Then she saw it. A fiery attraction flickered behind his eyes just before he shuttered it and looked away. That brief second of intense heat wrapped around her like a warm blanket right out of the dryer. What if Inez was right? What if meeting Logan was her destiny?

Logan and Weslee have such a fun and rewarding love story! I loved the chemistry between them, the suspense leading toward the ending, and the comedy spread throughout the book as well. Such a fun, romantic read, and the perfect addition to the Navy SEAL Romance Series 2.0. ~ Kimberly

Cindy Roland Anderson writes clean, contemporary romance with a combination of humor, romantic tension and some pretty great kissing scenes. She and her husband, John, live in northern Utah, and have five amazing children. Their family has expanded by adding a son-in-law, a daughter-in-law, and seven adorable grandchildren. She is a registered nurse and has worked in the NICU as well as the newborn nursery. She loves to read, almost as much as she loves writing. And she loves chocolate, probably a little too much. 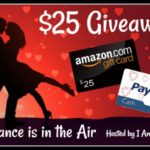