I am so excited that THE FORSAKEN ROYAL by Anna Hill is available now and that I get to share the news!

If you haven’t yet heard about this wonderful book by Author Anna Hill, be sure to check out all the details below.

This blitz also includes a giveaway for a $10 Amazon GC courtesy of Anna and Rockstar Book Tours. So if you’d like a chance to win, enter in the Rafflecopter at the bottom of this post. 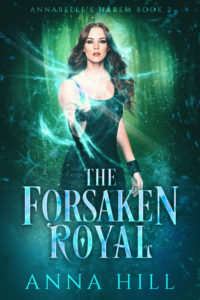 Annabelle doesn’t know who she has left to trust. After being captured by King Robert of Elderan, a brutal ruler who will stop at nothing to make sure witches never rule the country again, Annabelle has been cut off from everyone and everything — including her powers as a witch.

Until Angelo, a member of her shifter guard, arrives to save her.

Annabelle is a witch, the last of her kind, and it’s her destiny to return Elderan to its former glory. But how can she focus on saving her entire country when she’s worried about Angelo’s safety? How can she topple an abusive King when he is equally as powerful as her?

…and how can she stay focused as she’s falling even deeper in love with the men who protect her? 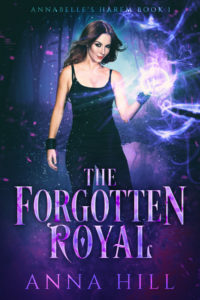 Until one day she doesn’t.

When Annabelle’s parents are mysteriously murdered, she finds herself barely able to keep it together — and it only gets worse when a wolf shifter named Angelo arrives and explains to her that she’s not nearly as normal as she once thought.

Annabelle is a witch, the last of her kind, and it’s her destiny to help return Elderan to its former glory. But how can she focus on saving her entire country when she’s coming apart at the seams? How can she trust Angelo and his pack mates, Lio and Rhyion?

…and how can she keep herself from falling in love with them?

“You’ll never know how grateful I am for what you did,” I told Angelo. “I know you’re fated to me, and I know you feel like it’s your duty… I understand it’s your responsibility in your mind, but that doesn’t mean it wasn’t an incredible thing to do. You would give your life for me… That’s not a small thing.”

“You know… you’re right. I do feel it’s my responsibility. And as such, I would do it no matter what. Even if I didn’t want to, but… I do want to. Of my own volition. It has nothing to do with fate or responsibility.”

“For me… I want to save you not just because I’m your fated protector. I wanted to save you because I couldn’t stand the thought of harm coming to you. Do you remember when we spoke about your love for Lio romantically, and I said I didn’t care about you loving me romantically?”

“Yes…” I answered quietly, my heart thumping because I could see where this was going.

“Well, I was being truthful then. I didn’t think it mattered to me. But after you were kidnapped… Something came over me. I realized I do love you… so much. You are the only woman that I see, the only one I think about, the only one I could ever imagine being with.” He put one hand on the back of my head, his fingers digging into my hair. “I know that you love Lio, and that still doesn’t bother me. Your love for him does not take anything from my love for you. But I needed you to know that. As I laid there, nearly dying, the only thing that I could think about was that I was going to die before I could tell you how I felt. So I needed you to hear it, before anything else happens to me.”

About Anna:
Anna Hill spends most of her time writing at home where she lives with her boyfriend and cat. She finds immense joy in spinning together dramatic tales of paranormal love. Her stories are full of mystery, action, romance, and strong female characters as well as the men who love them.”
Facebook 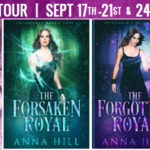