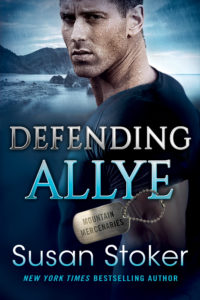 Ever since his rescue op off the Pacific Coast, Mountain Mercenary Gray Rogers hasn’t been able to forget his latest “job”—Allye Martin. Any other woman would have panicked during a rescue, but the wily dancer kept her cool—even after being kidnapped by an elusive human trafficker. And Gray couldn’t be happier when a grateful Allye follows him home to Colorado Springs…

For Allye, finding sanctuary in the arms—and bed—of the former Navy SEAL is only temporary. People are disappearing off the streets of San Francisco, victims of the same underground trade that targeted her, and Allye could be the key to dismantling the entire operation. She’s willing to do anything to bring them down. Gray isn’t—for good reason. But you don’t say no to a tough girl like Allye who refuses to play it safe.

Now Gray is risking more than ever before. The Mountain Mercenaries have his back. But is it enough to keep the woman he loves out of harm’s way?

“Gray?” Allye asked from behind him.

Gray turned, braced himself on the front of the boat, and looked down at Allye. Her hair was drying and blowing in the wind. He saw that it was as curly as he remembered it being when he’d first seen her on the fishing boat. The white streak was almost hidden in the curls, but it still peeked out here and there in the breeze. Her brown and blue eyes gazed up at him, full of worry.

He tried to find words that would convey a need to be cautious, but wouldn’t scare the crap out of her. “You know that the man who bought you wasn’t on the boat.”

Allye nodded. “And if he paid someone to pick me up once, he can do it again,” she correctly deduced. For someone who thought she wasn’t smart, she sure was proving otherwise.

“I figured as much. I’d already planned to make sure one of the male dancers escorts me to and from work, and to call the cops when I get home. What else should I be doing?”

Gray sighed in relief. He didn’t know what he’d expected her to do when he explained the man who wanted her for his own was still out there. But this calm acceptance was welcome.

A part of him almost wished she would’ve begged him to take her with him, to keep her safe, but he knew that would never happen. Allye was independent and didn’t seem the type to beg anyone for anything.

“So, you guys don’t want me talking about you, I’m assuming, right?”

“Why would you say that?” Black asked, inserting himself into the conversation for the first time.

“Well, you came to my rescue under the cover of darkness, Gray killed two people, and you haven’t really told me exactly what it is you do. It’s not hard to figure out you don’t want me blabbing to the cops.”

“I own a gun range in Colorado Springs,” Black told her. “And Gray here is an accountant.”

Allye stared at them for a second, then began to giggle. “Unh-uh. That’s a lie.”

“True, but I’m not lying. Tell her.” Black elbowed Gray.

He shrugged. “He’s telling the truth. When I’m not rescuing damsels in distress, I’m an accountant and own my own business back in the Springs.”

Allye stopped laughing and stared at him. “But . . . accountants are nerdy and wear glasses and definitely aren’t as tall and muscular as you.”

It was Gray’s turn to chuckle. “I think you have a pretty narrow view of accountants, kitten. I’m not sure what height or muscular makeup have to do with being able to put numbers together.”

“You know that I also used to be in the Navy,” Gray told her, not sure why he was overexplaining, just that he wanted her to know. “And that I was a SEAL. So was Black, although we never worked together when we were on active duty. I got out, and now I help keep books for a few businesses in Colorado. It’s not a big deal.”

“Not a big deal?” Allye asked incredulously. “It’s a huge deal! And I have to say . . . if there were more boys who looked like you in my high school who were into math, I might’ve had a new appreciation for algebra. I might even have skipped the class less.”

Both Gray and Black chuckled.

“I’m relieved you guys are some sort of supersoldiers, all things considered.”

“Sailors, not soldiers,” he repeated. “You never call a SEAL a soldier.”

“Much,” Black said with a grin.

“You need to be really careful when you get home,” Gray said, bringing the conversation back around.

“I don’t want to hear that you’ve disappeared again. I’ll be awfully disappointed if I have to come rescue you a second time.”

She rolled her eyes, and Gray’s lips twitched. She was adorable when she did that, although he’d never admit it. 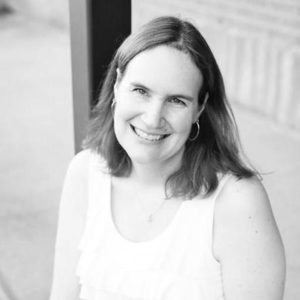 Susan Stoker is a New York Times, USA Today, and Wall Street Journal bestselling author whose series include Badge of Honor: Texas Heroes, SEAL of Protection, and Delta Force Heroes. Married to a retired army noncommissioned officer, Stoker has lived all over the country—from Missouri to California to Colorado—and currently lives under the big skies of Texas. A true believer in the happily ever after, Stoker enjoys writing novels in which romance turns to love. To learn more about the author and her work, visit her website, www.stokeraces.com, or find her on Facebook at www.facebook.com/authorsusanstoker. 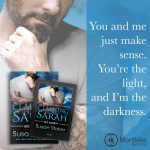 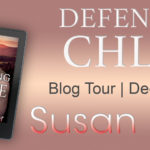