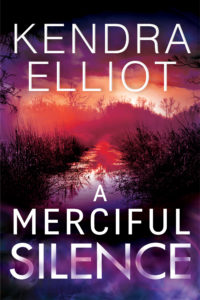 For FBI agent Mercy Kilpatrick, returning to rural Oregon has meant coming to terms with her roots. Raised as a prepper, Mercy is now relying on her survivalist instincts to defend her town from the people the law can’t reach. But this time, an investigation calling up a dark past for her and police chief Truman Daly may be hitting too close to home.

A rainstorm has uncovered the remains of five people—a reprise of the distinctive slaughter of two families twenty years ago. Except the convicted killer is in prison. Is this the case of a sick copycat, or is the wrong man behind bars? One person might have the answer. The lone survivor of the decades-old crimes has returned to town still claiming that she can’t remember a thing about the night she was left for dead. As the search for the truth becomes more dangerous, Mercy fears that the traumatized woman may not have buried her memories at all. She might be keeping them a secret. And there’s a price to be paid for revealing them.

Twenty-four hours later, FBI Special Agent Mercy Kilpatrick watched as bones were removed from the culvert. The Eagle’s Nest Police Department had reached out to the state police for help with the removal and investigation of the remains. The team from the state police had gotten a good look inside the large pipe and immediately requested a medical examiner, who had asked for a forensic anthropologist, who had then suggested the FBI be brought in.

A long chain of requests for assistance had landed Mercy on the site.

Beside her, Eagle’s Nest police chief Truman Daly stood with his arms folded across his chest, his sharp gaze watching every move of the forensic anthropologist’s team. What had started as his case had ended up being Mercy’s. The chance of that happening had been small, and she was slightly amused, considering they’d been dating for about six months. Mercy had heard about the situation the moment Ben Cooley reported the skull to Truman and had been aware of every step of the investigation after that. A perk of sleeping with the police chief.

“That’s the fifth skull,” she whispered to Truman, knowing he could count just fine.

He nodded, his stance stiff.

It looks a lot smaller than the others. A shudder ripped through her.

The entire group of observing professionals was quiet and respectful. Two state police troopers were there to handle any traffic—which meant they stood around a lot. A forensics team from the state carefully removed the remains under the watchful eye of a tall, elegant black-haired woman Mercy knew was the forensic anthropologist, Dr. Victoria Peres.

The anthropologist ran the scene, giving orders and being in three places at once. Mercy watched her gently accept the fifth skull and study it for ten seconds longer than she had the others. Dr. Peres’s jaw tightened, and she passed it off to one of her assistants.

The rain had stopped overnight, and the water rushing under the road had slowed to a trickle. Mercy knew their respite wouldn’t last long. More rainstorms were expected, blowing in from the Pacific and down from Canada. A double whammy of weather.

At least it was better than ice.

Or feet and feet of snow.

Her thigh twinged, a reminder that she’d been standing in the same position for an hour and that less than two months ago, she’d been shot in that leg as she pursued a killer. She still couldn’t move as comfortably as she’d like and had learned the hard way not to ignore her body’s warning signs. “I need to sit down,” she whispered to Truman, hating her weakness.

Truman jerked as if she’d shocked him. “Your leg?” Concern filled his brown eyes.

She grimaced and nodded, looking around for a perch. The bumper of the medical examiner’s vehicle was the closest, and she took a seat. She lost her good view, but she wanted to be able to walk tomorrow. She’d be no help to anyone if she couldn’t move.

Was that last skull a child’s?

“Careful!” the forensic anthropologist snapped at one of her assistants. The assistant didn’t flinch, but everyone nearby did. The two women had climbed up from the culvert to the blacktop, their hands full with buckets of dirt and bones. The state’s structural engineers had shored up one side of the washed-out hole and deemed the site safe enough for the bone removal, but one engineer had stayed at the scene, noting the dwindling runoff and keeping a sharp eye on the movement of the mud.

Dr. Peres watched her assistant add the skull to the growing collection of bones and debris. The evidence would be taken to the medical examiner’s office, where the bones would be studied and hopefully reveal a lead for the investigators. Mercy had already pulled up a list of missing people from the immediate area. Since she didn’t yet know the sex or age of the remains, it might turn out to have been a waste of time, but Mercy had felt the need to do something to get the case moving.

“Dr. Peres.” Mercy pushed to her feet after her fifteen-second relaxation period. “I’m Special Agent Kilpatrick.” She held out her hand to the tall woman. An intelligent but impatient brown gaze met hers, and even though the doctor had been digging in mud for hours, there wasn’t a hair out of place from the large bun at the back of her neck.

“No, I don’t know who these people are yet,” the doctor immediately stated. Extreme patience filled her tone as she shook Mercy’s hand, but Mercy saw her annoyance flash. Dr. Peres seemed to be the type of person who just wanted to do her job and not be bugged by the police until she was ready.

Mercy raised a brow. “You’re not a miracle worker?”

“Not today. Try me next Tuesday.”

Mercy leaned closer. “Was that last skull from a child?” she asked in the softest possible tone.

“How many more are in there?”

The doctor glanced from side to side, checking for listening ears. Truman had stepped away a polite distance. “I believe we’ve found them all, but I won’t guarantee that until the culvert is completely empty.”

“Just this end was blocked, right?”

“Correct. It appears that three-quarters of it was empty. We’ll need to check the surrounding area too.” She sighed. “There’s no telling how much of the remains have washed away.”

How can the doctor put together this puzzle when several pieces might be missing?

“Do you have an age and sex on the last skull?”

Mercy pushed on. “I’m not asking for perfect answers, but I know you have a rough idea. I’m simply looking for a place to focus my efforts while I’m waiting for your report. I’m trying to save some time.”

Dr. Peres’s face softened, and she looked over at the vehicle holding the bins of recovered bones. “That last skull belonged to a child between the ages of five and eight. I’m leaning toward female, but I’m not positive yet.” She met Mercy’s gaze. “Sexing a skull is hard at a young age. Clothes and hair help, but we’ve found neither. One of the other skulls belongs to a young person too. I estimated in their teens.”

“So far.” Dr. Peres gestured toward the downward slope of tall pines. “Who knows what we’ll find down there?”

Kendra Elliot has landed on the Wall Street Journal bestseller list multiple times and is the award-winning author of the Bone Secrets and Callahan & McLane series, as well as the Mercy Kilpatrick novels: A Merciful Death, A Merciful Truth, and A Merciful Secret. Kendra is a three-time winner of the Daphne du Maurier Award, an International Thriller Writers finalist, and an RT Award finalist. She has always been a voracious reader, cutting her teeth on classic female heroines such as Nancy Drew, Trixie Belden, and Laura Ingalls. She was born, raised, and still lives in the rainy Pacific Northwest with her husband and three daughters, but she looks forward to the day she can live in flip-flops. Visit her at www.kendraelliot.com. 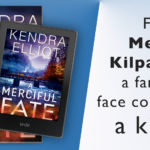 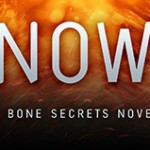