Earl of Sunderland by Aubrey Wynne

He’s inherited the title of rake. She hides behind her independence… Fate accepts the challenge.

Grace Beaumont has seen what love can do to a woman. Her mother sacrificed her life to produce the coveted son and heir. A devastated father and newborn brother force her to take on the role of Lady Boldon at the age of fifteen. But Grace finds solace in the freedom and power of her new status.

Christopher Roker made a name for himself in the military. The rigor and pragmatism of the army suits him. When a tragic accident heaves Kit into a role he never wanted or expected, his world collides with another type of duty. Returning to England and his newfound responsibilities, the Wicked Earls’ Club becomes a refuge from the glitter and malice of London society but cannot ease his emptiness.

Needing an escape from his late brother’s memory and reputation, Kit visits the family estate for the summer. Lady Grace, a beauty visiting from a neighboring estate, becomes a welcome distraction. When the chance to return to the military becomes a valid possibility, the earl finds himself wavering between his old life and the lure of an exceptional—and unwilling—woman.

“Aye, it’s a fine wedding. It gives me ideas for other weddings yet to come.” Her father nudged her gently with his elbow, his mouth set in a firm line. “It’s time we started thinking about your future. I’ve been deficient in my duties. Your mother would be mortified to know I’ve kept you hidden in the country, and you almost twenty.”

“I have not been hidden. It was my choice to skip the Season.” Grace had become adept at sidestepping this issue.

“My home is far more important than socializing with those shallow, silly girls.” The thought of standing against a wall, hoping a man would fill her card and not step on her feet during a cotillion, seemed more like a punishment. Making inane conversation while remembering dance steps, and drinking punch fetched by a bored or overeager suitor, was also not a rite of passage that appealed to her. “I’m quite content with my station, Papa. There’s no reason to upset our lives over marriage or romance.”

Lord Boldon rolled his light brown eyes. “We’ll see, daughter. There may come a time you’ll eat those fine words.” Then he smiled over her head at someone. “Isn’t it a grand day for a wedding? Is that music I hear?”

“Indeed, Lord Boldon. I’ve come to ask Lady Grace for the honor of a dance.” A deep baritone sent a warm flush through her belly. “With your permission?”

Her father stood, grasped her hand, and pulled Grace to her feet as she opened her mouth to decline. “My daughter would love to dance.”

She looked at her fingers now placed in the man’s palm. The heat in her belly began to pirouette and leap toward her throat. When her eyes moved to his face, the dark gaze pinned her to the spot. The air pushed from her lungs, and she found herself unable to speak. A chuckle from her father spurred her to action. With a slight curtsey, she acknowledged her partner, and they joined the others already gathering to the first notes of a country dance.

Grace focused on the gold epaulettes adorning his broad shoulders, as she placed a gloved hand on his wrist. The material did little to diminish the intensity of his touch as they followed the other couples in a circle.

“I understand you are a cousin to the bride. Are you pleased with the match?” His tone was conversational, but she sensed there was purpose to his question. The group of four came together and separated.

“They make a lovely couple and both families are pleased. Does our opinion matter, my lord?” She risked a peek at her very masculine dance partner as he moved around her. On close inspection, she realized the brothers were not identical as they first appeared. True, their features were the same but their countenances were utterly different. No light-hearted, fanciful expression would ever grace this man’s face. She doubted such a proud military officer would overindulge in anything, let alone lose his temper. Control emanated from him.

“No, I suppose not. Forgive my lame attempt at conversation with the second loveliest woman here.”

It took a moment for his words to reach her brain as they turned and joined a new set of dancers. They separated again, and when she returned to him, he smiled. Her breath quickened as he spun her around. “You tease me, sir. It is not gallant of you.”

OMG….she did it again. For me a page turner, I fell in love with the book and characters so easily. ~Magic of Books review

Wow! The Earl Of Sunderland will suck you in and make the care about the characters like family. I found myself near tears for Grace several times and for the Earl’s family. Well worth the price. ~Madame Readsalot

Bestselling and award-winning author Aubrey Wynne resides in the Midwest with her husband, dogs, horses, mule and barn cats. She is an elementary teacher by trade, champion of children and animals by conscience, and author by night. Obsessions include history, travel, trail riding, and all things Christmas.

A Chicago Christmas series and her short stories have won multiple Reader’s Choice and professional awards including the Golden Quill, Aspen Gold, and Heart of Excellence.

Her upcoming Regency series, “Once Upon a Widow” begins with A Wicked Earl’s Widow. It continues the story of Eliza, a character from Aubrey’s first Regency, The Earl of Sunderland (The Wicked Earls’ Club). 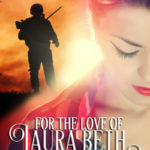 $50 #Giveaway Excerpt For the Love of Laura Beth b 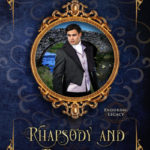