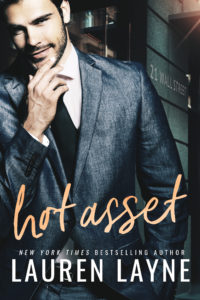 Ian Bradley is the definition of a Wall Street hotshot: seven-figure salary, designer suits, and a corner office. His drive off the floor is just as potent. Every woman who knows him has felt the rush. But now he’s met his match in Lara McKenzie—a woman with the power to bring Ian to his knees.An ambitious, whip-smart daughter of FBI agents, Lara is a rising star in fighting white-collar crime. Her latest case—the investigation of Ian Bradley for insider trading—could make her career. She knows a scoundrel when she sees one. Ian fits the bill: a cocky, ridiculously handsome bad boy with a slick swagger.She’ll do anything to prove he’s guilty. He’ll do anything to prove he’s not. But it’s only a matter of time before their fierce battle of wits gets oh so hot and personal. Now, taking down Ian has become more than business for Lara. It’s become a pleasure—and there’s more at risk than she ever dreamed.

I’m just starting toward the subway when I hear a masculine voice calling my name.

I turn to see Ian strolling out of Wolfe Investments’ revolving doors and heading right toward me. I press my lips together, not loving the jolt of surprise that has me freezing instead of continuing on my way.

Usually the people I’m investigating avoid me at all costs. The fact that he’s breaking the rules already does not bode well for the investigation proceeding predictably.

Still, the job is the job, so I paste a professional smile on my face, even as I feel a strange flicker of awareness as he comes closer. The Ian Bradley in the office had been all quippy one-liners, superficial charm, and playboy confidence. This Ian, though . . . let’s just say I can understand why Ian Bradley and his crew at Wolfe Investments are nicknamed the Wolfes of Wall Street—they’re wicked hot, insanely rich, and known for getting exactly what they want, consequences be damned.

Ian slides on sunglasses, hiding eyes that I know are piercingly blue. He stops in front of me, a hair closer than he needs to be, but I refuse to step back.

God, he smells good. Manly and expensive. How annoying.

“Hello again,” I say, giving him my most generic “SEC smile.”

He doesn’t smile back, and even with his sunglasses on, I’m more certain than ever that I’m dealing with a very different version of Ian Bradley from the one I met ten minutes ago. A more dangerous version.

My smile drops. “Excuse me?”

“Your little game back there.” He tilts his head toward the office. “You have fun?”

He steps closer, and I can feel the anger radiating off him. “Where the hell do you get off? Coming into my office, flirting—”

“Flirting?” I interrupt, furious. “I was just trying to get a stupid cup of coffee. You’re the one who was acting like freaking Don Juan.”

“I’m not going to apologize for asking an attractive woman to drinks,” he snaps.

I snort. “Save the flattery for someone who’s interested.”

He shakes his head. “You’ve got a sad love life if you think that was flattery, Ms. McKenzie.”

His barb hits a little too close to home, but I swipe away the sting and step closer. “Let’s get one thing straight, Mr. Bradley, for both our sakes. You think you’re the first Wall Street suit who thinks I’ll be so dazzled by broad shoulders and a well-played line that I’ll lose my little female head and overlook any wrongdoing? You think you’re the first one to think this is a game to be won by slimy seduction?”

“Being a woman in today’s world is no easy task, and being a woman in the SEC is that much harder. But here’s the part I want you to listen to very closely, Mr. Bradley. I love working for an agency that seeks justice. I love the fact that when it comes to the world of trades and stock and money, nobody’s above the law. Not freaking Martha Stewart and most definitely not you.”

He takes a small step back and crosses his arms. “Guilty until proven innocent, is that how this works?” I can’t see his eyes through the dark shades, but I feel the heat of his glare.

I open my mouth to retort, but his comment slices into my conscience like a very thin paper cut. He’s maybe a tiny bit right. In my experience, rumors of insider trading are almost always true, but that doesn’t mean I can assume.

“My job is to find out the truth,” I say through gritted teeth.

“And what if the truth isn’t what you want to hear?”

He leans toward me, and I can see the faintest bit of dark stubble against the decidedly stubborn set of his jawline.

He really does smell good. What is that, sandalwood? Cedar? George Clooney’s sweat?

“Meaning, I think you want me to be guilty,” he says in a low rumble.

“Why would I want that?”

“You’ve got a hero complex,” he continues. “You’re determined to save the world, even if you have to invent your own villains.” 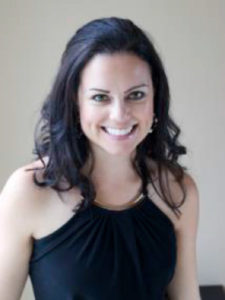 Lauren Layne, a former e-commerce and web marketing manager, moved from Seattle to New York City in 2011 to pursue a full-time writing career. Her first book was published in the summer of 2013, and since then, she’s written more than two dozen romantic comedies, hitting the New York Times, USA Today, iBooks, and Amazon bestseller lists. She currently lives in New York City with her husband. 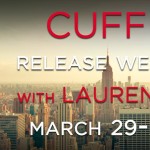 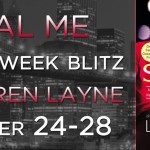