No one knew the source of Belle’s darkness. They could only sense it. That sadness that hovered behind her eyes as a constant companion.

The same with Janice. They kept their pain secluded and private as if too afraid to let it out, for fear that the mere mention of it could undo them. It pained Cameron that they wouldn’t share with them. For they knew better than to judge.  There wasn’t a soul on this ship who hadn’t been through it. Phantom wretches all.

Besides, such wasn’t in her heart.  She’d seen the truth of these women and she loved them regardless of their pasts. Regardless of what ever crimes had caused their damnation. Or perhaps she loved them because those pasts had made them who they are, and what they had become because of it. 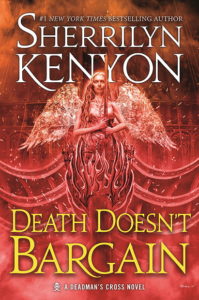 Death Doesn’t Bargain is the second historical fantasy title in New York Times bestselling author Sherrilyn Kenyon’s Deadman’s Cross series. Where Deadmen tell their tales, and every soul is damned or redeemed by the final choices they make.

The Deadmen are back…

But so are the demons who have broken free of their eternal prison and are bent on mankind’s destruction. The worst of the lot is Vine, determined to claim their lives for taking hers. She will see the world burn…and has the perfect lure to destroy them all. One of their own.

Kalder Dupree has never known a day of mercy. Born to the cruelest of mer-races, he sacrificed himself for his crew and is in Vine’s hands. He expects no mercy or rescue.

Yet Cameron Jack is determined to set Kalder free. As a Hellchaser, it’s her calling, and she cannot allow even a not-so-innocent to be tortured for an act of kindness that spared her damnation.

To defeat evil, it sometimes takes an even worse evil, and Cameron is willing to do whatever she must to make this right. If Vine thought she had her hands full before, she hasn’t seen anything nearly as powerful as Cameron’s resolve. 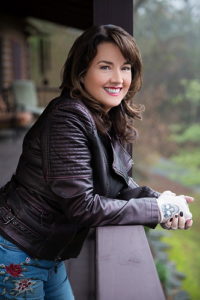 New York Times and international bestselling author, Sherrilyn Kenyon, is a regular at the #1 spot. With legions of fans known as Menyons (thousands of whom proudly sport tattoos from her series and who travel from all over the world to attend her appearances), her books are always snatched up as soon as they appear on store shelves.

Since 2003, she had placed more than 80 novels on the New York Times list in all formats including manga and graphic novels. Current series are: Dark-Hunter®, Chronicles of Nick®, Deadman’s Cross™, Nevermore™, Silent Swans™, Lords of Avalon® and The League®. Her books are available in over 100 countries where eager fans impatiently wait for the next release. The Chronicles of Nick® and Dark-Hunter® series are soon to be major motion pictures while Dark-Hunter®, Lords of Avalon® and The League® are being developed for television. Join her and her Menyons online at SherrilynKenyon.com and www.facebook.com/AuthorSherrilynKenyon
PHOTO CREDIT: LIZA HIPPLER 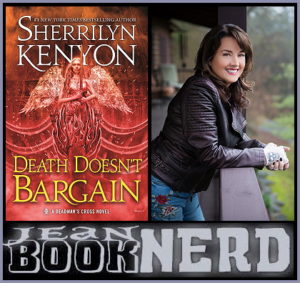 – 3 Winners will receive a Set Copy of both books in the Series and a Pin (DEADMEN WALKING &DEATHDOESN‘T BARGAIN) by Sherrilyn Kenyon.