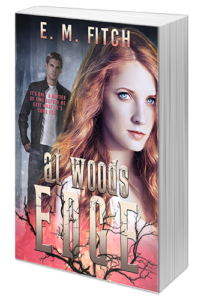 It’s only a matter of time before he gets what he’s come for.

Cassie Harris has turned her back on best friend Laney Blake. She had no other choice. Laney is one of them now, a creature of the trees. As Cassie’s senior year wears on, the woods grow quiet, snow blankets the ground, and the murderous beings who once taunted her have drifted away like the brittle leaves of Fall. Though the woods no longer stir with rushed whispers and wind-blown laughter, the fear remains.

No one understands this fear better than Cassie. She wishes she could tell them not to worry. After all, the shape-shifting men of the trees and the women who travel with them, seeking out girls to abduct from carnivals, are gone. And the one that stayed behind? He isn’t interested in anyone but her.

Now, Aidan’s interest in Cassie is a chilling reminder of the what lurks at woods edge. He stalks her home, her school, her bedroom. He won’t stop until he can find a way to lure Cassie into the forest to become one with him forever.

OTHER BOOKS IN THE SERIES 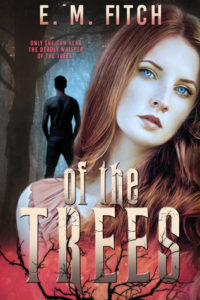 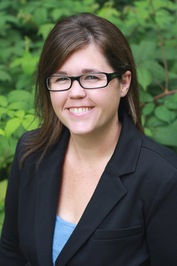 E.M.  Fitch is an author who loves scary stories, chocolate, and tall trees. Her latest novel, OF THE TREES, is a Young Adult horror/fantasy inspired by haunted cemeteries and the darker musings of W.B. Yeats. Its sequel, AT WOODS EDGE, will be released in the coming year from Month9Books. She is the author of the Young Adult zombie trilogy: THE BREAK FREE SERIES. Her story, BETWEEN SHADOWS, was recently featured in the Fragments of Darkness anthology; and her new collection of short stories entitled THE VEIL: GHOSTS, GOBLINS, GHOULS is coming soon! She has been published in Pulp Metal Magazine, Under the Bed Magazine, and her short stories RELEASE and THE CREEP were featured respectively in CHBB’s Lurking in the Shadows and Lurking in the Mind anthologies. When not dreaming up new ways to torture characters, she is usually corralling her four children, t 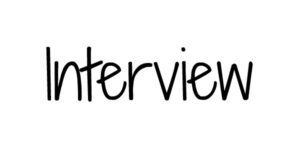 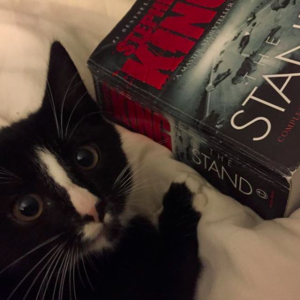 Spring, studying on how to survive the apocalypse.

One (1) winner will receive a $25 Amazon gift card and a digital copy of At Woods Edge by E.M. Fitch