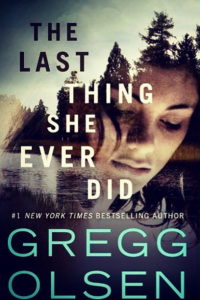 From the #1 New York Times bestselling author comes a psychological thriller exploring the things we dare to do when no one is looking . . .

The community along Oregon’s Deschutes River is one of successful careers and perfect families. For years, up-and-comers Liz and Owen have admired their good friends and neighbors, Carole and David. They appear to have it all—security, happiness, and a beautiful young son, Charlie.

Then Charlie vanishes without a trace, and all that seemed safe is shattered by a tragedy that is incomprehensible—except to Liz.

It took one fleeting moment for her to change the lives of everyone she loves—a heartrending accident that can’t be undone. Neither can the second-worst mistake of her life: concealing it. As two marriages crack and buckle in grief and fear, Liz retreats into her own dark place of guilt, escalating paranoia—and betrayals even she can’t imagine. Because there’s another good neighbor who has his own secrets, his own pain, and his own reasons for watching Liz’s every move.

And only he knows that the mystery of the missing boy on the Deschutes River is far from over.

Praise for THE LAST THING SHE EVER DID

“Gregg Olsen pens brilliant, creepy, page-turning, heart-pounding novels of suspense that always keep me up at night. In The Last Thing She Ever Did, he topped himself.” —Allison Brennan, New York Times bestselling author

“Beguiling, wicked, and taut with suspense and paranoia, The Last Thing She Ever Did delivers scenes as devastating as any I’ve ever read with a startling, pitch-perfect finale. A reminder that evil may reside in one’s actions, but tragedy often spawns from one’s inaction.” —Eric Rickstad, New York Times bestselling author of The Silent Girls

“Olsen‘s latest examines how a terrible, split-second decision has lingering effects, and the past echoes the present. Full of unexpected twists, The Last Thing She Ever Did will keep you guessing to the last line.” —J.T. Ellison, New York Times bestselling author of Lie To Me 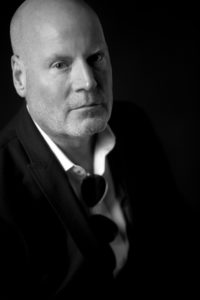 Throughout his career, Gregg Olsen has demonstrated an ability to create a detailed narrative that offers readers fascinating insights into the lives of people caught in extraordinary circumstances.

In addition to television and radio appearances, he has been featured in Redbook, USA Today, People,Salon magazine, Seattle Times, Los Angeles Times and the New York Post.

The Deep Dark was named Idaho Book of the Year by the ILA and Starvation Heights was honored by Washington’s Secretary of State for the book’s contribution to Washington state history and culture. His Young Adult novel, Envy, was the official selection of Washington for the National Book Festival.

Olsen, a Seattle native, lives in Olalla, Washington with his wife, twin daughters, three chickens, Milo (an obedience school dropout cocker spaniel) and Suri (a mini dachshund so spoiled she wears a sweater). 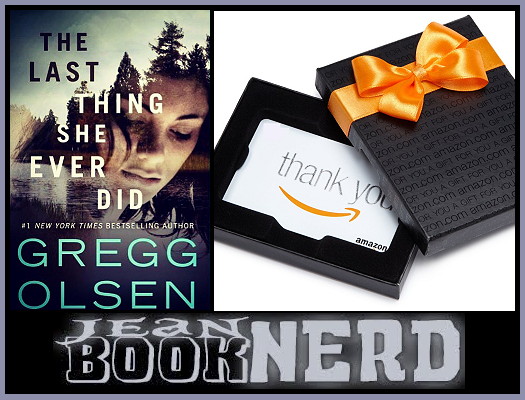 – Winner will receive a Copy of THE LAST THING SHE EVER DID by Gregg Olsen. 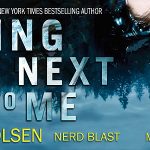 $25 #Giveaway LYING NEXT TO ME by Gregg Olsen @Gre 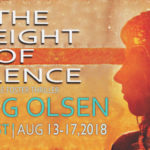 $25 #Giveaway THE WEIGHT OF SILENCE by Gregg Olsen