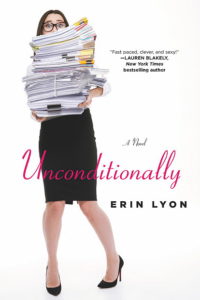 In a world where marriage doesn’t exist—only seven-year contracts—you don’t marry, you sign. You don’t divorce, you breach. And sometimes, you just expire.

In this hilarious conclusion to Erin Lyon‘s I Love You Subject to the Following Terms and Conditions, Kate has accepted a job practicing signing law, the one type of law she swore she’d never do – especially since what she thought was her very own happily ever after turned into just another expired contract. But between Kate’s embarrassing penchant for running into exes in court, clients determined to use her as their very own therapist, and a couple having a knock-down, drag-out over the custody of the family guinea pig, at least the job’s never boring.

But while Kate finally has a handle on her career, her love life is still, well, complicated. The former love of her life, Jonathan, wants her back. Her current main squeeze, Dave, wants to take things to the next level, but she still can’t shake her wolf-in-sheep’s-clothing vibe about him. And then there’s Adam, her mad crush who really wants to be her friend. So, to sum up, one questionable ex, one player with a capital “P,” and one guy who’s kind of stolen her heart even though she’s in the friend zone. This should be a piece of cake.

Unconditionally is both a sweet and sexy romantic comedy and a hilariously relatable look at finding happiness where you least expect it.

“A sharp, witty, and fun debut, with both sweet and sexy moments and a heroine I want to have a drink with.” ―Kimberly Lang, USA Today bestselling author of Something to Prove 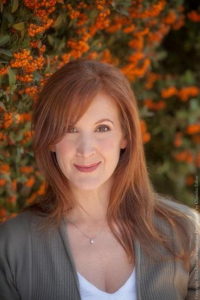 Erin Lyon graduated with a bachelor’s degree in English and then worked in broadcast television at the Sacramento ABC affiliate for 10 years before going to law school. She is now a practicing civil attorney and blames all of the people in her life for not trying to talk her out of the whole “becoming a lawyer” thing. After finishing law school, she completed her first novel and began working on the sequels. Erin lives in Northern California with her husband of nearly 20 years (the Saint), her two daughters (the Girls), her three rescue dogs (the Boys), and three cats, who, let’s be real, belong only to themselves. The Contract Killers is her debut novel. 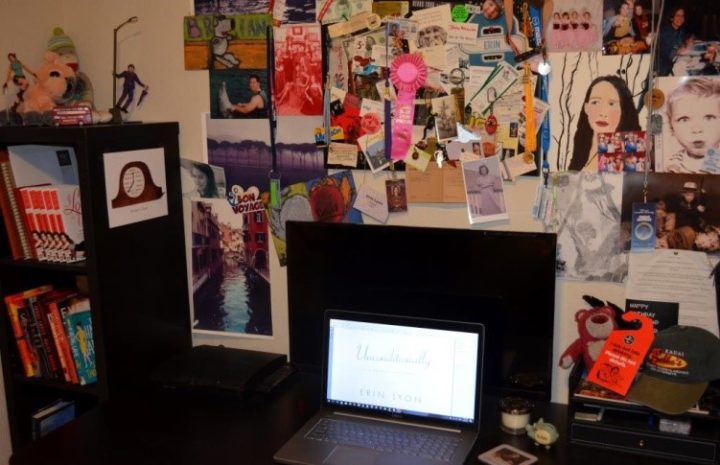 So, this is my work space. Busy but inspired. Every little piece of clutter has a story behind it.

The blue tassel was from my high school graduation. The gold was from college and the purple was from law school. The pink ribbon was from my brief (very brief) foray into modeling when I was a teenager. Also hidden in the clutter is my husband’s old driver’s license from when he was a teenager (mullet and all), a bookmark my grandmother cross-stitched for me, and my name badge from when I volunteered with the District Attorney’s Office. The painting of the brunette is a self-portrait my daughter painted of herself in high school – the same daughter seen in the pink tutu in the picture right above it. There is a Mazda lanyard from my day on the race track when my brother taught me how to drive a race car. My admission ticket to the California State Bar Exam is there, too (even though it still reminds me of a horrible three days!).

There are ticket stubs from Butchart Gardens in British Columbia – the last family trip we took before my mother unexpectedly passed away. My business card is up there from when I worked at the TV station. And one from when I was at Intel. And even one that claims I’m an attorney now.

There is a New York subway pass from my first trip to New York City when I got to meet my awesome agent and visit my publisher’s office in the historic Flatiron Building.  And there’s a name badge from my first event that actually said “Erin Lyon – Author.”

My bookshelf is full of copies of my book as inspiration to keep writing and the next shelf down is my TBR shelf to inspire me with what other authors are capable of.

There is a coaster for my wine glass (critical) and a TV for a Netflix binge now and then when I’m taking a break.

I love this space. There are hundreds of moments captured there. A little chaotic, but always inspiring. 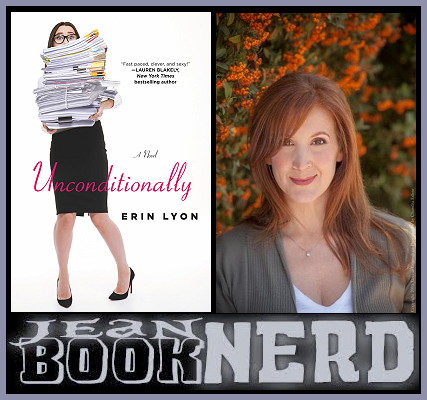 – 2 Winners will receive a Set Copy of the Contract Killers Series (2 Books in Total) I LOVE YOU SUBJECT TO THE FOLLOWING TERMS AND CONDITIONS and UNCONDITIONALLY by Erin Lyon.