BOOK THREE IN THE SOUND OF SILENCE SERIES IS NOW AVAILABLE!!!

Did you miss Book One, STONE SILENCE?

Grab it on AMAZON

I loved Jace Faraday with all my heart.

I loved everything about him, from his huge smile to his fabulous laugh. Another man never caught my eye. It was always Jace and Shay, together forever.

He devastated me, he ruined me. I’ve never gotten over it.

But, I’m a survivor. I’m not a precious flower that can only thrive if kept safe from the perils of the outside world.

Except now Jace has returned home. He’s just across the street from me, so close I swear I can actually feel his presence.

I can’t avoid him forever. At some point I have to face him. And when I do, I know sparks will fly.

To redeem himself for his past actions, I need major remorse. I need a profuse apology and maybe even a little begging for forgiveness. I won’t settle for anything less.

However, when the truth behind our break-up is revealed, I’m stunned. It leaves me reeling—and yearning for the six years that have been lost to us.

The thing is, once the truth is known, there’s nothing to keep us apart.

Dear Reader: This book deals with a sensitive issue.

The Sound of Silence Series is a three book series.

Each book has a happy ending and there are no cliffhangers. They are not standalones and should be read in order.

Read an excerpt from HOTHOUSE FLOWER:

“I apologize if that embarrassed you. That’s what creepy ex-boyfriends are for though. If you look it up in the dictionary, you’ll find that I’m right.”

“That’s the exact definition?” I ask.

“In a nutshell. I believe it reads: A hideous creature made to embarrass and humiliate his former girlfriend during every single moment of her life. Warning: They should all be hunted down and killed.”

A half smile escapes. “That’s a bit harsh, don’t you think?”

“Maybe. I promise to try my best to not stand outside of your window in the middle of the night with a boom box over my head.”

This time he makes me laugh aloud. “Just out of curiosity, what would the song be?”

“Oh, you know, a rousing rendition of George Michael belting out Wake Me Up Before You Go-Go. After all, I’d have to wake you up before getting all romantic with my song choice.”

“You brought it up. Don’t leave me hanging.”

“It would have to be . . . I Think I Love You by The Partridge Family. It’s an oldie, but a goodie. Not many know it, but it’s a gem of a song. It says everything that’s in my heart.”

It’s his ability to say silly things with a deadpan voice that makes him so funny. To me, at least. No one else ever laughs at his jokes quite like I do. I slap his arm playfully and Brit burrows deeper into his shoulder. “I’d go back to bed.”

“I’d resort to drastic measures then.”

“I’d have to pull out the Barry Manilow. He’s only to be used in rare moments and with extreme caution.”

Does it really exist?

Everyone tells me it does. They say, “Spencer Elliott, don’t worry, you’ll find it one day. You just have to find the right man and when you do, it will surprise the heck out of you.”

I’m still waiting for that heck of a surprise to hit. It has proven to be elusive thus far. I’m pretty sure the entire world is lying about love and the joke is on me.

I know I want a man in my heart and in my life. Unfortunately, most men immediately push my OFF button and I lose interest quickly.

Feeling pressure to prove I’m trying to find my soulmate, I finally give in and agree to a date. Huge mistake. Afterward I find myself abandoned in the middle of nowhere, in desperate need of help.

That’s when I meet Stony by chance.

He’s a silent and unsmiling man who intrigues me with his ability to keep going after life has knocked him down. Suddenly the abstract notion of love becomes tangible and within my reach. Once I experience it, I wonder how I ever lived without it.

That’s when I stay with Stony by choice.

But when Stony’s hidden past and present-day reality collide, his silence is broken. And the truth about his life nearly brings me to my knees. I can’t compete with ghosts from the past.

I refuse to fight for a man’s love. He either loves me or he doesn’t. It’s as simple and as complicated as that.

My hometown decided to rename me Jailbird.

Every day I silently scream out, “My name is Mia Faraday!” My time in jail does not define me. I am so much more than one heated mistake.

And yet, my slip-up weighs on me. There’s so much more to the story than anyone realizes. I must face Stony, my ex, and confess everything.

I don’t want to. I’d rather have five teeth pulled. While I’m awake. Without anesthesia.

But this is something I have to do, something I need to do. Not just for Stony. I need to do it for me. Especially for me. I can’t move forward with my life until I gain closure from the past.

When I meet Grayson Elliott, I am easily pulled into his orbit and it’s exactly where I’d love to stay. He makes me laugh and not take life so seriously. He makes me want to live again.

But I don’t love me right now, and that healing needs to come first. I’m not relationship-ready or marriage material. My mind is focused on redemption. I want it. I need it.

Besides, when Grayson hears about my colorful past, I’m sure he’ll be gone before I have time to utter the word goodbye.

After all, who could ever love a jailbird?

Mia’s story about forgiveness and redemption is packed with emotion and will leave you wanting more! -Jana, Amazon Review

An adventure from start to finish, a wonderful sequel to Stone Silence. -atvtnv, Amazon Review

Once I started reading, I just couldn’t stop! It has been a LONG time since a book has kept me up WAY past my bedtime! -KJ’s Book Nook

Taylor Dean lives in Texas and is the mother of four grown children. Upon finding herself with an empty nest, she began to write the stories that were always wandering around in her head, quickly finding she had a passion for writing, specifically romance. Whether it’s paranormal, contemporary, or suspense—you’ll find all sub-genres of clean romance in her line-up. 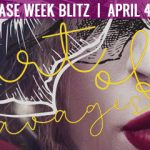 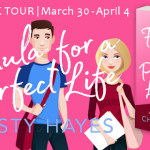 $25 #Giveaway Excerpt I’m With You by Taylor 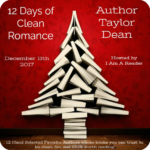 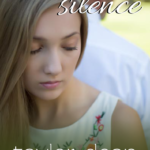