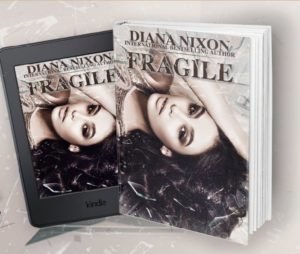 She was off the limits for many reasons: too young, too naïve, and too beautiful to resist. But most of all – because she was my best friend’s little sister. She was like a taboo that should have never been broken.

But we crossed the line together… We gave in to the temptation and made a mistake that changed us forever.

Years passed, but for some unknown reason, the memories of her never stopped haunting my dreams.

I was even more obsessed with her than I was years ago, while she hated me to the bone. And she had a very good reason to feel that way…

“I owe you a lifetime of us, and I will not let you down, not again…”

Diana Nixon, an International Bestselling Author of contemporary and paranormal romances, is a woman of contradictions. She was born in Minsk., Belarus. She has a Master of Law degree and speaks several foreign languages, including English, Polish and Spanish.

Diana’s writing career is like a roller coaster ride. It started with a fantasy novel named Love Lines, that was originally written in Russian and only later, it was translated into English. Since then, Diana has published 15 more books, both of contemporary and fantasy genres. Her books are being translated into Spanish, French and Russian.

Diana Nixon is the founder of Inks and Scratches, a literary magazine  intended to help authors of all genres find readers and spread the news about their writing all over the world.