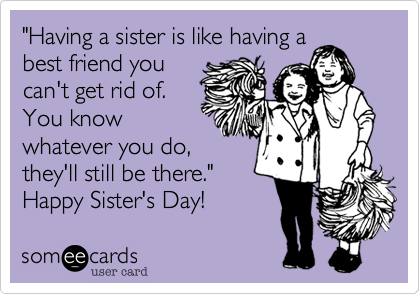 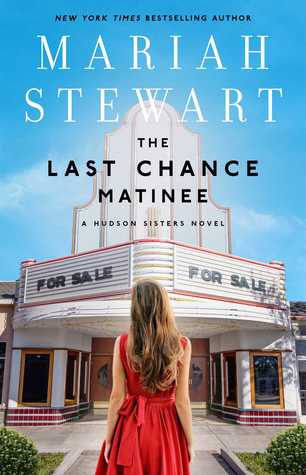 Praise for The Last Chance Matinee:
“The popcorn, the red velvet seats, the glittering Hollywood stars on-screen…I’ve enjoyed all aspects of going to the movies since I was a kid,” reminisces Lauren Gatcombe, FIRST assistant editor. “So when I saw a vintage theater on the cover of this book, I quickly swiped it up.” When famed L.A. agent Fritz Hudson passes away, his daughter, Cara, discovers she has two half sisters whose existence were kept secret from her. The other shock: In order for the three sisters to receive their inheritances, they must restore an old movie theater in Fritz’s Pennsylvania hometown. There are trials and tribulations along the way, but the sisters decide to work together to turn their father’s dream into a reality. “I identified a lot with Cara as I read,” says Lauren. “And the tale was a sweet reminder of the importance of family. I can’t wait for the next book in this series!”
—First For Women magazine

“The combination of a quirky small-town setting, a family mystery, a gentle romance, and three estranged sisters is catnip for women’s-fiction fans, and the backdrop of the faded movie palace adds a fascinating element to the story. Stewart’s lively, warmhearted series starter [The Last Chance Matinee] will have readers eagerly awaiting the second installment.”
—Booklist

“A good read, with a nice blend of mystery, family drama, and romance. Readers will look forward to the next installment.”
—Library Journal

About The Last Chance Matinee:
From the New York Times bestselling author Mariah Stewart comes the first novel in her all-new series, which follows a trio of reluctant sisters who set out to fulfill their father’s dying wish and, in the process, discover the truth not only about their pasts but about each other—and themselves—in a way that will forever alter their futures.

When celebrated and respected Fritz Hudson passes away suddenly, he leaves a trail of Hollywood glory in his wake—and two separate families who never knew the other existed. Allie and Des Hudson are products of Fritz’s first marriage to Honora, a beautiful but troubled starlet whose life ended tragically. As his relationship with Honora was unraveling, Fritz was simultaneously falling in love on the Delaware Bay with New Age hippie Susa—but while Fritz adored Susa and fathered daughter Cara with her, he never quite managed to come clean about his West Coast Family.

Now Fritz is gone, and the three sisters are brought together under strange circumstances: there’s a large inheritance to be had, specifically one that could save Allie from her ever-deepening debt following a disastrous divorce; allow Des to open a rescue shelter for abused and wounded animals; and give Cara a fresh start after her husband left her for her best friend; but only if the sisters upend their lives and work together to restore an old theater that was Fritz’s obsession growing up in his small hometown in Pennsylvania’s Pocono Mountains. Will the sisters come together to turn their father’s dream into a reality – and will they come away with far more than they bargained for? 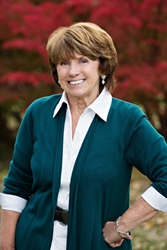 About Mariah Stewart:
Mariah Stewart is an award-winning New York Times and USA Today bestselling author of numerous novels as well as several novellas and short stories. She lives with her husband and two rambunctious rescue dogs amid the rolling hills of Chester County, Pennsylvania, where she savors county life and tends her gardens while she works on her next novel. Visit her at mariahstewart.com and follow her on Facebook.com/AuthorMariahStewart and on Instagram @mariah_stewart_books.

Note:
Mariah Stewart’s separate series, the bestselling Chesapeake Diaries, has been a favorite with readers since 2010. The eleventh installment, The Chesapeake Bride, will publish August 29, 2017. 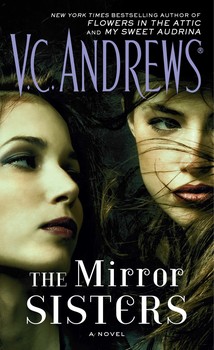 Praise for The Mirror Sisters:
“This is classic V. C. Andrews—dark and gothic, with a pair of tormented sisters…It’s very good that a second and third installment are planned soon. You’ll see what I mean when you finish [The Mirror Sisters]…the story is always building and the tension increasing. If you like Andrews or gothic horror, you’ll race through this book, shivering with dark delight.”
—Suspense magazine

About the book:
From the New York Times bestselling author of the Flowers in the Attic and My Sweet Audrina series, which have become Lifetime movies in 2014-2016, V.C. Andrews® unveils the The Mirror Sisters—a riveting start to a new series about the saga of identical twin sisters tortured by their perfectionist mother to become more and more alike—until one of them snaps.

ALIKE IN EVERY SINGLE WAY . . . WITH ONE DARK EXCEPTION.

Homeschooled at an early age, when the girls attend a real high school they find little ways to highlight the differences between them. But when Haylee runs headfirst into the dating scene, both sisters are thrust into a world their mother never prepared them for—causing one twin to pursue the ultimate independence. The dark disparity between the two girls may spell the difference between life . . . and a fate worse than death. 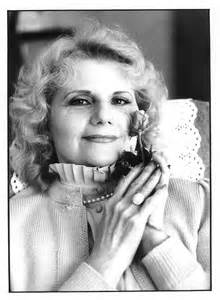 About the author:
One of the most popular authors of all time, V.C. Andrews has been a bestselling phenomenon since the publication of Flowers in the Attic, first in the renowned Dollanganger family series, which includes Petals on the Wind, If There Be Thorns, Seeds of Yesterday, and Garden of Shadows. The family saga continues with Christopher’s Diary: Secrets of Foxworth, Christopher’s Diary: Echoes of Dollanganger, and Secret Brother. V.C. Andrews has written more than seventy novels, which have sold over 106 million copies worldwide and have been translated into twenty-five foreign languages. Join the conversation about the world of V.C. Andrews at Facebook.com/OfficialVCAndrews.

**Giveaway Ends 8.20.17 and is open to all who can legally enter.
Open to residents of the US, sorry no PO Boxes
Must be over 18 or have your parents permission to enter.
An email will be sent and you have 48 hours to reply or a new winner will be chosen.
The Winner will be announced within 48 hours at the end of the giveaway.
Giveaway is organized by Bookhounds and sponsored by the Publisher (email Bookhounds@hotmail to verify if you won!)
It has no affiliation with Facebook, Twitter, Instagram or any other entity.
Void where prohibited.
Not Responsible for lost, stolen or misdirected prizes.**