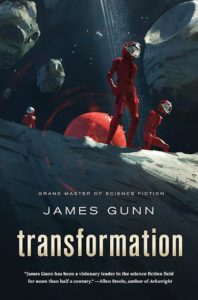 Planets at the edge of the Federation have been falling mysteriously silent. The arrogant and recalcitrant bureaucracy running the Federation grudgingly allows two transcended humans, Riley and Asha, to investigate. They join forces with the Earth’s Pedia, a global A.I., along with Tordor, a Dorian representative of the Federation, and Adithya, a member of a splinter group vowing to destroy the Pedia. No one on the team trusts one another.

They must find a common ground and the answer to the planetary silences in order to confront an enemy more ancient than the Transcendentals and more powerful than any Pedia.

“Jim Gunn doesn’t publish a new novel very often, but when he does it’s a whopper. Transcendental is his best yet, and in it he demonstrates his possession of one of the most finely developed skills at world-building (and at aliens-creating to populate those worlds) in science fiction today. Read it!” —Frederik Pohl, bestselling author of Gateway

“James Gunn, after a long, stellar career in science fiction, is a master of the narrative art—as he shows in this Chaucerian pilgrimage through the galactic future.” —Robert Silverberg, bestselling author of Lord Valentine’s Castle

“Its characters, at least the protagonists, are drawn with psychological depth. The charm and vividness of Gunn’s prose, plus his deft hand at keeping his plot moving, will keep readers on board through the end. The recent saga of Occupy Wall Street and the other Occupy movements around the country makes many of the events and actors of Kampus feel very current.” —Fantastical Andrew Fox

“One of the very best portrayals of contact with extraterrestrial intelligence ever written.” —Carl Sagan on The Listeners 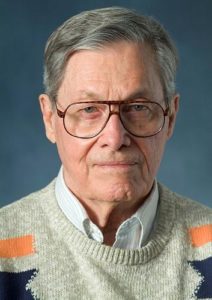 JAMES GUNN is the Hugo Award–winning author of Transcendental, Transgalactic, and The Listeners, and the coauthor, with Jack Williamson, of the classic epic SF novel Star Bridge. He lives in Lawrence, Kansas, where he is professor emeritus of English at the University of Kansas. He is the founding director of the university’s Center for the Study of Science Fiction. Gunn is also one of the last living Grandmaster Award winners from the golden age of science fiction. www.sfcenter.ku.edu 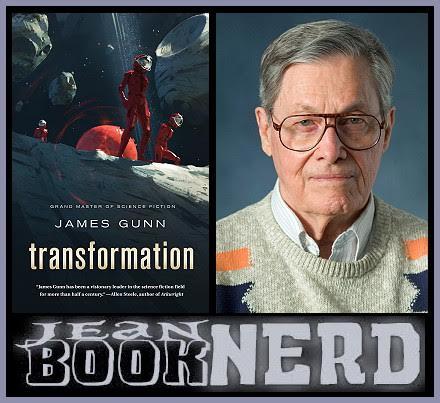 – 5 Winners will receive a Set of the Trilogy (TRANSCENDENTAL in Trade Paperback, TRANSGALACTIC in Hardcover, and TRANSFORMATION in hardcover).