UNTIL YOU by Denise Grover Swank 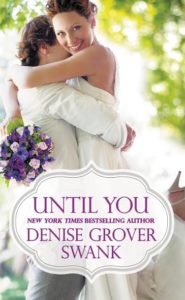 “Swank’s fluffy, feel-good storytelling proclaims the primacy of love as a force to which everyone should surrender-the bachelors destined to star in future installments haven’t got a chance.” — Publishers Weekly (starred review) on Only You

Never settle down. Ever.

Workaholic Lanie Rogers lives a completely nomadic lifestyle. Her job keeps her on the move, and relationships are a complication she doesn’t need. That is, until she meets Mr. Tall, Dark, and Hotness at a pre-wedding party. Complicated? Maybe. But lately, Lanie’s life has been missing a little something—and sexy playboy Tyler Norris offers something she definitely can’t refuse.

Tyler has always been a little too popular with women for his own good. Ever since he and his buddies vowed to remain bachelors, Tyler figured he was safe from temptation. Lanie and her gorgeous brown eyes are about to prove him so, so wrong. With one kiss, the heat is intense. After one night, it’s pure combustion. It was supposed to be a no-strings fling—untilthese two commitment-phobes each discover the one undeniable exception to their rule.

New York Times and USA Today bestselling author Denise Grover Swank was born in Kansas City, Missouri and lived in the area until she was nineteen. Then she became a nomadic gypsy, living in five cities, four states and ten houses over the course of ten years before she moved back to her roots. She speaks English and smattering of Spanish and Chinese, which she learned through an intensive Nick Jr. immersion period. Her hobbies include witty (in her own mind) Facebook comments and dancing in her kitchen with her children. (Quite badly ifyou believe her offspring.) Hidden talents include the gift of justification and the ability to drink massive amounts of caffeine and still fall asleep within two minutes. Her lack of the sense of smell allows her to perform many unspeakable tasks. She has six children and hasn’t lost her sanity. Or so she leads you to believe 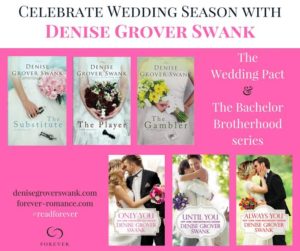 Add Until You to your shelf on Goodreads: http://bit.ly/2lz7p9a 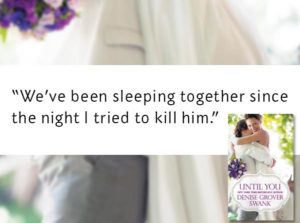