It’s finally here . . . the much-anticipated sequel to See You Soon Broadway! Maris is back!

Maris Forrester’s exciting new life is not everything she was hoping it would be. Although she’s happy in her new career, she’s plagued with the feeling that something is still missing. Imagine her surprise when an old friend presents her with an unbelievable opportunity that could change everything. This new career sounds almost too good to be true, including the upcoming trip to London. She quickly learns that even the most perfect scenarios have their drawbacks, and when something sounds too good to be true, it usually is . . .

In addition to making a life-changing career choice, Maris realizes she has other decisions to make—whom to love and where to find happiness. What if neither is what she thought they should be?

I watch him closely, keeping my hand around my phone just in case I have to make a quick call to 911. Once I’ve had a few minutes to get used to him being here, I notice how good-looking he is. His dirty blond hair is spiked in several different directions, his arms are muscular and tan, and apparently, he’s a good cook because this chicken marsala smells divine. I wonder if Layla’s actually going to try any of her new man’s food. I have no idea if chicken marsala is gluten free or not.
“So, Layla tells me you’re a Broadway singer?” he says, trying to make conversation. “That’s really cool.”
I sit down on a stool. “I’m actually not a Broadway singer, not yet anyway. Hopefully someday.”
“Sing something for me.”
My mouth drops open. “What? No.”

Melissa Baldwin is an avid runner, planner obsessed, and has always had a love for writing. She is a wife, mother, and avid journal keeper who took her creativity to the next level by fulfilling her dream with her debut novel, An Event to Remember…or Forget. Melissa writes about charming, ambitious, and real women and is now a published author of seven Romantic Comedy novels and novellas.

When she isn’t deep in the writing zone, this multi-tasking master organizer is busy spending time with her family, chauffeuring her daughter, traveling, running, indulging in fitness, and taking a Disney Cruise every now and then. 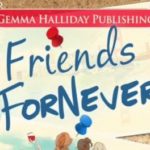 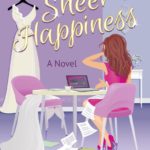 $50 #Giveaway Not Quite Sheer Happiness by Melissa 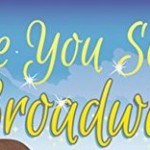