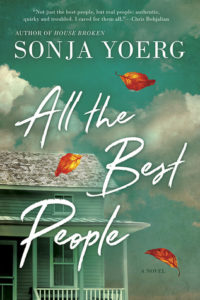 An intricately crafted story of madness, magic and misfortune across three generations from the author of The Middle of Somewhere and House Broken…

Vermont, 1972. Carole LaPorte has a satisfying, ordinary life. She cares for her children, balances the books for the family’s auto shop and laughs when her husband slow dances her across the kitchen floor. Her tragic childhood might have happened to someone else.

But now her mind is playing tricks on her. The accounts won’t reconcile and the murmuring she hears isn’t the television. She ought to seek help, but she’s terrified of being locked away in a mental hospital like her mother, Solange. So Carole hides her symptoms, withdraws from her family and unwittingly sets her eleven-year-old daughter Alison on a desperate search for meaning and power: in Tarot cards, in omens from a nearby river and in a mysterious blue glass box belonging to her grandmother.

An exploration of the power of courage and love to overcome a damning legacy, All the Best People celebrates the search for identity and grace in the most ordinary lives. 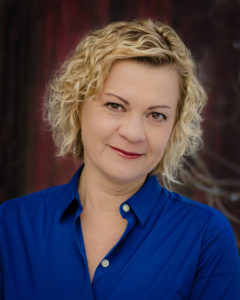 I grew up in Stowe, Vermont, the daughter of a ski instructor. In my first incarnation, I was an animal behaviorist who studied learning in blue jays, hyenas and kangaroo rats. I wrote a book about that. Now I make stuff up.

My first two novels (HOUSE BROKEN and MIDDLE OF SOMEWHERE) were published in 2015 by Penguin. My third, ALL THE BEST PEOPLE, will be out in May 2017. I’m very excited about it, but then again, I get excited about a lot of things.

When I’m not writing or pretending to be writing, I run, garden, cook, eat, drink wine, then run some more. My husband and I live in central Virginia with a view of the Blue Ridge Mountains. It’s quiet and pretty, like Vermont.

Giveaway Ends 5.9.17 and is open to all who can legally enter.
Open to residents of the US
Must be over 18 or have your parents permission to enter.
An email will be sent and you have 48 hours to reply or a new winner will be chosen.
The Winner will be announced within 48 hours at the end of the giveaway.
Giveaway is organized by Bookhounds and sponsored by the Publisher (email Bookhounds@hotmail to verify if you won!)
It has no affiliation with Facebook, Twitter or any other entity.
Void where prohibited.
Not Responsible for lost, stolen or misdirected prizes.