HOW TO BANG A BILLIONAIRE Release Day Blitz 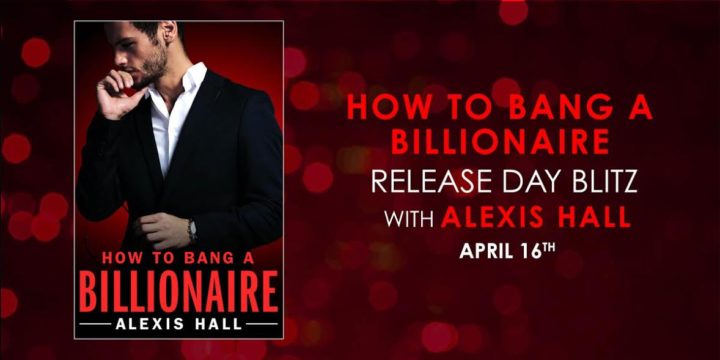 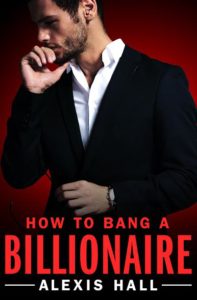 If England had yearbooks, I’d probably be “Arden St. Ives: Man Least Likely to Set the World on Fire.” So far, I haven’t. I’ve no idea what I’m doing at Oxford, no idea what I’m going to do next and, until a week ago, I had no idea who Caspian Hart was. Turns out, he’s brilliant, beautiful . . . oh yeah, and a billionaire.

It’s impossible not to be captivated by someone like that. But Caspian Hart makes his own rules. And he has a lot of them. About when I can be with him. What I can do with him. And when he’ll be through with me.

I’m good at doing what I’m told in the bedroom. The rest of the time, not so much. And now that Caspian’s shown me glimpses of the man behind the billionaire I know it’s him I want. Not his wealth, not his status. Him. Except that might be the one thing he doesn’t have the power to give me. 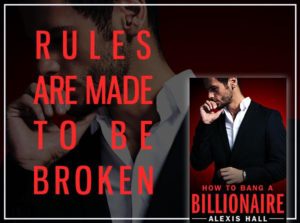 If I’d been hoping to win another smile, I was disappointed because all I got in response was, “Turn around.”

If he did it in a voice like that—all steel and velvet and the promise of his approval—I would have done anything he told me.

His arm came around me from behind. And the heat of it, the pressure. The tightening muscles of his forearm made me a bit delirious. I leaned back and his body was right there, all hard planes and angular curves for me to nestle into. I tilted my hips, wriggling my arse until I was tucked in against him, pinned and protected at the same time, at once safe and overwhelmed.

I tried to breathe and an excited little moan happened instead.

Caspian tugged me in tighter still. No humiliatingly inappropriate noises from him. But his heart was thudding hard and fast against my spine. He pulled the bow tie out of my hand and straightened my collar. A finger touched me lightly under the chin and I tipped my head back against his shoulder, exposing my throat. That was when I heard him growl. Softly enough I almost missed it, but there it was. This sound of deep, primitive pleasure that shivered all the way down my back and headed off in a few other directions as well.

As he leaned over me, his breath grazed the top of my ear and that insubstantial caress felt so ridiculously intimate it made my knees go weak. Like I was supposed to be on them. At his feet. His other arm came around me as he did whatever you have to do to make a bow tie happen. He didn’t fumble at it the way Nik had. His movements were swift and assured. And, just for a moment, I felt a brush of warmth across my pulse point, like a touch that wasn’t.

I only noticed he was done when he gave me a little push. Too busy swooning into his neck and shoving my bum into his crotch like the wanton hussy I was. I turned, stumbling a little, discovering too late I was basically jelly, and just about managed not to end up on the ground again.

“Um, thanks.” I lifted a hand instinctively, wanting to feel the shape of the knot, but then stopped. I’d only wreck it.

He just nodded, his eyes slipping away from me again. I wished he’d stop doing that. Was my face that boring? But his color was up, his breath a little unsteady. And, y’know, there’d been movement back there. When I’d been doing my thing. So maybe he was just…embarrassed?

“That’s some good tying,” I heard myself say. “Is it practice or natural talent?”

Alexis Hall was born in the early 1980s and still thinks the twenty-first century is the future. To this day, he feels cheated that he lived through a fin de siècle but inexplicably failed to drink a single glass of absinthe, dance with a single courtesan, or stay in a single garret.

He did the Oxbridge thing sometime in the 2000s and failed to learn anything of substance. He has had many jobs, including ice cream maker, fortune-teller, lab technician, and professional gambler. He was fired from most of them.

He can neither cook nor sing, but he can handle a seventeenth-century smallsword, punts from the proper end, and knows how to hot-wire a car.