The publisher Publisher of the media / book has provided me with a review copy at no cost. Opinions are my own. The ZooKeeper's Wife by Diane Ackerman
Source: Publisher
Goodreads 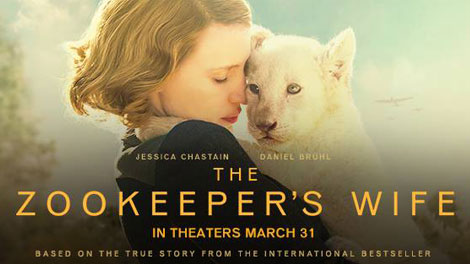 The real-life story of one working wife and mother who became a hero to hundreds during World War II. In 1939 Poland, Antonina Żabińska (portrayed by two-time Academy Award nominee Jessica Chastain) and her husband, Dr. Jan Żabiński (Johan Heldenbergh of “The Broken Circle Breakdown”), have the Warsaw Zoo flourishing under his stewardship and her care. When their country is invaded by the Germans, Jan and Antonina are stunned – and forced to report to the Reich’s newly appointed chief zoologist, Lutz Heck (Daniel Brühl of “Captain America: Civil War”). To fight back on their own terms, Antonina and Jan covertly begin working with the Resistance – and put into action plans to save lives out of what has become the Warsaw Ghetto, with Antonina putting herself and even her children at great risk.

Bookhounds Q    :   Were you happy with how the film translated your book?

DIANE ACKERMAN :   I have been absolutely fascinated to see how you translate one art form into another art form.  I knew at the beginning of this moviemaking process 10 years ago, that everybody involved with the project was involved for the right reasons.  This is very much a woman’s movie when it came to putting it together.  There were women producers, woman author, woman screenplay writer, woman director, woman main character.

They broke a record for hiring women crewmembers, women designers.  I think that we all identified deeply with the soul of Antonina and realized that the time in the country could be different but the human saga stays the same and women face many of the same forces and the same moral questions today that Antonina had to face.

And I knew that they were going to be working their hardest to convey her spirit of compassionate heroism.  And also, the understanding that heroes aren’t people who aren’t afraid.  Antonina was terrified every day.  You’d have to be afraid in a situation like that.

But heroes are people who do extraordinary things for others even though they are afraid.  And there was such a decency and authenticity and humanity to Antonina and to the difficulties that she faced and the ways that she triumphed over them for her own growth as a person and for the growth of the people who were responsible–, who she was responsible for.

That came through in the writing of this film and in the writing of the script and in the directing of it, in the portrayal through the different actors.  So, I was very happy with all of those elements.  It was really interesting to see differences in how our scripts get made.  For example, I had the luxury of being able to write [UNINTELLIGIBLE] about the interior lives of the people and tell the story that was desperately frightening for them and urgent every single day for four years.

But the film had to somehow compress it into two hours and it was really interesting for me to see how they went about doing that, how they combined different elements.  But I think they stayed very true to the book and to the soul of Antonina.  And I know that Antonina’s children, who are alive, are very happy with it, too.  So, that pleases me and I know it pleases the filmmakers as well.

BookHounds Q    :    Thank you so much.  You touched on my next question, which was whether the children had any comments about what you wrote about their parents.

DIANE ACKERMAN :    They–, they loved the book and they loved the film.  And I can’t tell you how happy that makes me.  I went and spoke with, with [UNINTELLIGIBLE] whom you see in the book and in the film as a very young boy but I spoke with him as an old man.  Of course, he didn’t look that way to me.  I looked at him and I just saw this young boy and I asked permission to write about their parents because it would be an awful thing to write about somebody’s parents if they didn’t want you to.

And at first, he said why would you be interested in writing about them.  I said, well, don’t you think that what they did was extraordinary.  And he said no, it was the only life I knew.  And of course, during the war, they couldn’t talk about what was going on at the zoo and neither could the child.  After the war, the Soviets came in and still it was not popular to be a freedom fighter.

So, everything, the whole story of these remarkable people had to stay quiet for a very long time and now finally it could come out of the shadows.  And I think they’re very proud of their parents and rightfully so.

Thank you so much!

I was lucky enough to see an advance screening of the film.  The film faithful follows the Holocaust story of Antonina Żabiński (Jessica Chastain) and her husband, Jan (Johan Heldenbergh), and how they rescued several hundred Jews from the Warsaw ghetto by hiding them in their zoo during World War II.  There were a few scary moments that I think were toned down from the horror of the action of the German soldiers. I thought that those moments were well defined and portrayed the horror of war.  There were two incidences that were truly disturbing and those left several viewers in tears.  Just warning here.

Since this movie only had two hours to condense a thoughtful book, I have to say that the important parts were all there but like all books to film, there are several details either condensed or left out.  I found the whole thing very entertaining and I couldn’t take my eyes off the screen.  The theme of the movie also is appropriate for what is going on in the country right now.  The timing couldn’t be better for this film.  Parents:  there is some violence, alluded sexual situations and some language.  This is probably best for children over thirteen. 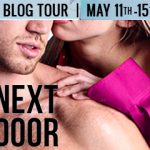 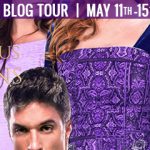 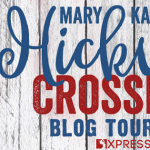 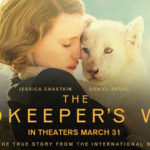