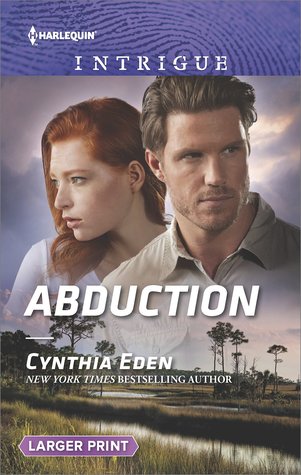 Once the town troublemaker, Sheriff Hayden Black became the teen hero who saved young Jillian West from a savage kidnapper. He never got over their brief affair. Now the ex-SEAL and the burned-out FBI agent have reunited in their Florida hometown and rediscovered their powerful attraction. But as they hunt down a long-forgotten killer, will they get a second chance at happiness? When a series of accidents begins to plague Jill, Hayden won’t let her fall victim again. There’s too much history between them…and too much desire.

Books in the “Killer Instinct” series published by HQN:

In addition, there are two Harlequin Intrigue novels that are set in the same Killer Instinct “world” for readers:

Cynthia Eden is a New York Times and USA Today best-selling author. She writes dark tales of  romantic suspense and paranormal romance. Her books have received starred reviews from Publishers Weekly,and  was named a 2013 RITA® finalist for best romantic suspense. Cynthia lives in the Deep South, loves horror movies, and has an addiction to chocolate. More information about Cynthia may be found at www.cynthiaeden.com.

Giveaway Ends 3.17.17 and open to all who can legally enter.
Open to residents of the US
Must be over 18 or have your parents permission to enter.
An email will be sent and you have 48 hours to reply or a new winner will be chosen.
The Winner will be announced within 48 hours at the end of the giveaway.
Giveaway is organized by Bookhounds and sponsored by the Publisher (email Bookhounds@hotmail to verify if you won!)
It has no affiliation with Facebook, Twitter or any other entity.
Void where prohibited.
Not Responsible for lost, stolen or misdirected prizes