The publisher Publisher of the media / book has provided me with a review copy at no cost. Opinions are my own. Humans, Bow Down by James Patterson, Emily Raymond, Jill Dembowski, Alexander Ovchinnikov
ISBN: 0316346969
on February 20th 2017
Pages: 373
Format: Hardcover
Source: Publisher
Goodreads 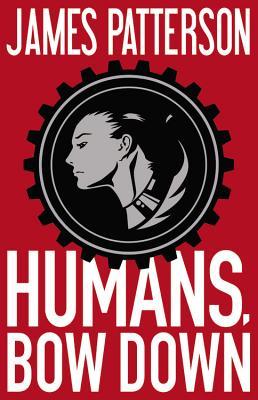 In a world run by machines, humans are an endangered species.

The Great War is over. The Robots have won. The humans who survived have two choices—they can submit and serve the vicious rulers they created or be banished to the Reserve, a desolate, unforgiving landscape where it’s a crime to be human. And the robots aren’t content—following the orders of their soulless leader, they’re planning to conquer humanity’s last refuge. With nothing left to lose, Six, a feisty, determined young woman whose family was killed with the first shots of the war, is a rebel with a cause. On the run for her life after an attempted massacre, Six is determined to save humanity before the robots finish what the Great War started and wipe humans off the face of the earth, once and for all.

James Patterson received the Literarian Award for Outstanding Service to the American Literary Community at the 2015 National Book Awards. He holds the Guinness World Record for the most #1 New York Times bestsellers, and his books have sold more than 325 million copies worldwide.

I have read a lot of Patterson’s books over the years and love his young adult stuff, this latest book HUMANS, BOW DOWN will have a lot of appeal to even teens who enjoy his Maximum Ride series.  In a dystopian world, the robots (Hu-Bots)  have become dominate over humans and the remaining once have a choice to join up with them or leave.  A group of young women take up the battle to win over their robot overlords or bow down.  The story contains a lot of well-placed graphic art that help move the story along.

The robots are as close to human as artificial intelligence goes and the world building for a Science Fiction story wasn’t as complete as I would have liked, but the action is fast and furious. Of course, you have a kick-ass female trying to take down the establishment of robots and the robot who has enough human emotions to care that her kind are wrong to enslave the humans, but can these two meet and help each other.  Sigh.  Overall, this was a fun read and I can see a series coming out of it since the ending was really sudden and left a thread that could be followed. 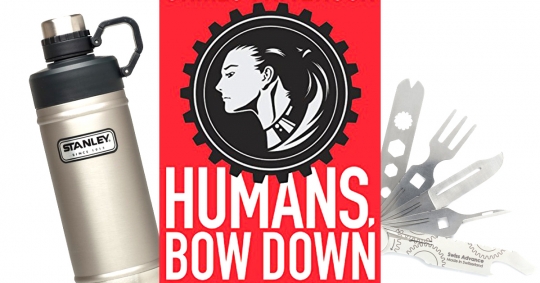 REBEL ON THE RUN!

Giveaway Ends 3.18.17 and open to all who can legally enter.
Open to residents of the US
Must be over 18 or have your parents permission to enter.
An email will be sent and you have 48 hours to reply or a new winner will be chosen.
The Winner will be announced within 48 hours at the end of the giveaway.
Giveaway is organized by Bookhounds and sponsored by the Publisher (email Bookhounds@hotmail to verify if you won!)
It has no affiliation with Facebook, Twitter or any other entity.
Void where prohibited.
Not Responsible for lost, stolen or misdirected prizes.