New York Times bestselling author Meagan Spooner spins a thoroughly thrilling Beauty and the Beast story for the modern age, expertly woven with spellbinding romance, intrigue, and suspense that readers won’t soon be able to forget.
Beauty knows the Beast's forest in her bones—and in her blood. After all, her father is the only hunter who’s ever come close to discovering its secrets. So when her father loses his fortune and moves Yeva and her sisters out of their comfortable home among the aristocracy and back to the outskirts of town, Yeva is secretly relieved. Out in the wilderness, there’s no pressure to make idle chatter with vapid baronessas…or to submit to marrying a wealthy gentleman. But Yeva’s father’s misfortune may have cost him his mind, and when he goes missing in the woods, Yeva sets her sights on one prey: the creature he’d been obsessively tracking just before his disappearance. The Beast.
Deaf to her sisters’ protests, Yeva hunts this strange creature back into his own territory—a cursed valley, a ruined castle, and a world of magical creatures that Yeva’s only heard about in fairy tales. A world that can bring her ruin, or salvation. Who will survive: the Beauty, or the Beast?

A reimagined Beauty and the Beast with a Russian flare that does justice to the original.  Yeva (aka Beauty), has grown up hunting with her father.  As the family fortunes have turned, they move from their city home to a small hunting cabin in the woods. When Yeva’s father is killed while out hunting, she vowed to avenge his murder.  Hunting in the forest, Beauty find her father’s murder and as she stalks him, she is tricked into being captured by the Beast.

What I liked about this retelling is that Beauty is hardworking and has empathy for the Beast which eventually leads her to save him instead of killing him as planned.  Ok, I know that may be a bit spoilerish but if you know the original, then you know the outcome of every Beauty and the Beast tale.  In this version, Beauty is the hunter and Beast is her prey since she thinks he killed her father.  After coming from such a close family, she is torn between doing the right thing by killing him or understanding that what a person looks like doesn’t reflect his inner self.  What I didn’t like was the fact that there weren’t enough books.  I tend to fixate on Beauty’s love of reading in all retellings but Spooner’s version is probably more true to the original.  Books were really expensive during the time period that this story takes place and the fact that the Beast has saved any at all while in this form shows to Beauty that he IS really human underneath all of that wolf’s clothing.

Overall, it is a satisfying read and Spooner really has a way with words.  It did lag a bit in parts but the last third of the book really was exciting.  Beauty comes off as a very resourceful person which is nice in a fairytale.  Parents:  some kissing, some minor violence but overall a nice read. 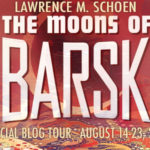