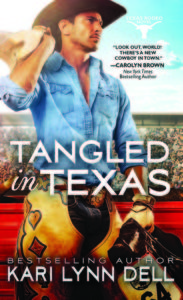 It took 32 seconds to end his career.
But it only took 1 to change his life.
Thirty-two seconds. That’s how long it took for Delon Sanchez’s life to end. One minute he was the best bronc rider in the Panhandle and the next he was nothing. Knee shattered, future in question, all he can do is pull together the pieces…and wonder what cruel trick of fate has thrown him into the path of his ex, the oh-so-perfect Tori Patterson.

Tori’s come home after her husband’s death, intent on escaping the public eye. It’s just her luck that Delon limps into her physical therapy office, desperate for help. All hard-packed muscle and dark-eyed temptation, he’s never been anything but a bad idea. And yet, seeing him again, Tori can’t remember what made her choose foolish pride over love…or why, with this second, final chance to right old wrongs, the smartest choice would be to run from this gorgeous rodeo boy as fast as her boots can take her.

Buy Links:
Amazon
Books-A-Million
Barnes & Noble
Chapters
iBooks
Indiebound
Kari Lynn Dell is a ranch-raised Montana cowgirl who attended her first rodeo at two weeks old and has existed in a state of horse-induced poverty ever since. She lives on the Blackfeet Reservation in her parents’ bunkhouse along with her husband, her son, and Max the Cowdog, with a tipi on her lawn, Glacier National Park on her doorstep and Canada within spitting distance. Her debut novel, The Long Ride Home, was published in 2015. She also writes a ranch and rodeo humor column for several regional newspapers and a national agricultural publication.

Tori tripped over a tangle of feet and tumbled face-first onto the love seat. The cowboy sitting there threw up his hands to catch her around the rib cage. She grabbed his shoulders and found herself nose to nose with rodeo’s answer to Zorro, minus the mask. Black shirt. Black hat. Black hair. Chiseled jaw and cheekbones. And those eyes. Were they truly black, too, or was that just the shadow from his hat brim?

He grinned and her heart actually skipped a beat. “Just droppin’ in, or were you plannin’ to stay a while?”

“Sorry. I’ll just…” She tried to push herself upright, but the wave of stumbling bodies had bounced off the opposite wall and sloshed back their direction.

“Hold on.” The man in black lifted her off her feet, turned her sideways, and plopped her down on one of his muscular thighs, leaving his hands on her waist. “Your knee was fixin’ to do permanent damage.”

Her face went a few degrees hotter as she realized her skirt had flared out to drape over his leg, leaving her bare butt in direct contact with the starched denim of his jeans. Teach her to wear a thong. “I, uh…sorry. Again.”

“No harm, no foul.” He craned his neck to examine her back. “You’re coming undone.”

Sure enough, she was on the verge of flashing the entire room. She reached up and behind, shoving her boobs under his nose, but her fingers fumbled the satin strings tangled in her waist-length hair.

“Here. Let me.” He scooped her hair aside and reached around her, his shirt pulling snug across the powerful bulge of muscle in his shoulders and arms. His fingers brushed her bare spine as he moved to the lower tie and sensation exploded at every point of contact, a thousand individual fires flaring to life.

“There.” He gave the strings a firm tug. “I double-tied the bows, just to be safe.”

“Delon.” One arm tightened around her as he stuck the other out to fend off a drunk who toppled their direction. “And you are?”

“Tori.” She hesitated, then added, “Patterson.”

“Nice to meet you,” Delon said, without a blink.

Hallelujah. One person in the room who didn’t give a damn about her family. He certainly didn’t have to tell her his last name. In early December, Delon Sanchez had competed at his first National Finals Rodeo, leaving with a pocketful of cash and predictions that he’d be the next Panhandle boy to bring home a world championship. As an alumni of the rodeo team—he’d graduated with a two-year associate degree in business the spring before Tori arrived—he had been the hottest topic of conversation at school for weeks.

Especially amongst the rodeo groupies who lingered, like Tori, around the edges of the real cowboy crowd. These girls hunted cowboys the way earlier generations of Patterson men had once stalked lions and water buffalo on the African plains, before it became a hot-button issue. A world champion was the ultimate prize, but nabbing a top fifteen contender earned serious points. A man who looked like Delon must’ve always been a target, but now, as a local boy done good, he’d become the equivalent of bagging a snow leopard.

And, from what Tori had overheard, almost as elusive.

But he didn’t look skittish as he cocked his head, studying her. “We definitely haven’t met.”

“Don’t go on my account.” Delon blessed her with another of those heart-tripping smiles, then shifted his gaze to the impenetrable wall of humanity between them and the door. “You’re not getting outta here right now, anyway.”

Not with her clothes and her dignity intact. As if to prove the point, a whoop went up and a shirt came flying out of the middle of the throng, followed by a bra, then a woman was hoisted above the crowd, her boobs bouncing as she pumped her arms to the music. The walls of the room vibrated with cheers of approval. Tori dropped her gaze, unnacountably embarrassed. God, she was such a sheltered twit.

“The boys are getting out of hand.” Delon squeezed her waist, his hand warm through the thin silk of her dress, and gave her a look that set off another explosion, deeper, more centrally located. “You’d better stick with me.”

**Giveaway Ends 2.10.17 and open to all who can legally enter.
Open to residents of the US Only
Must be over 18 or have your parents permission to enter.
An email will be sent and you have 48 hours to reply or a new winner will be chosen.
The Winner will be announced within 48 hours at the end of the giveaway.
Giveaway is organized by Bookhounds and sponsored by the Publisher (email Bookhounds@hotmail to verify if you won!)
It has no affiliation with Facebook, Twitter or any other entity.
Void where prohibited.**
Not Responsible for lost, stolen or misdirected prizes. 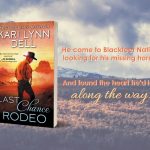 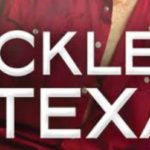