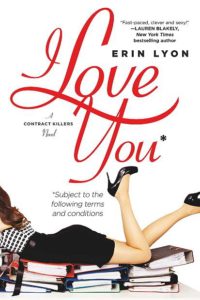 27 Dresses meets Bridget Jones’s Diary for the millennial set in Erin Lyon’s I Love YouSubject to the Following Terms and Conditions.

In a world where marriage doesn’t exist—only seven-year contracts—you don’t marry, yousign. You don’t divorce, you breach. And sometimes, you just expire.

Kate is struggling to find her footing. She gave up a career she hated to pursue the law, and now she’s buried in debt and unemployed. At least she’s signed to an amazing guy—hot, sweet, and committed.

Enter the contract killer, the man who pursues only signed women. No commitment, no hassle, all the fun. But Kate has enough fun on her plate… until her partner doesn’t re-up their contract.

After an epic but well-deserved meltdown, Kate gets practical. She accepts a job with her uncle’s law firm, practicing signing law—the one type of law she swore she’d never do. And the contract killer? Now that Kate is single, she’s no longer his type, but he still wants to be friends. Yeah, that’ll work. Kate may be heartbroken, but she’s not impervious to this sexy, smart, and complex man. But hey, it looks like he may not be impervious to her either—signed or not.

Hilariously relatable, with biting wit and charm, The Contract Killers is 27 Dresses meets Bridget Jones’s Diary for the millennial set. 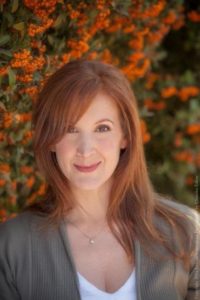 ERIN LYON is a practicing attorney who spends her free time writing novels about lawyers. ILove You* Subject to the Following Terms and Conditions is her debut novel. Visit her online at: www.erinlyon.net.

What’s one thing that readers would be surprised to find out about you?

Okay. Admittedly, this topic came from my husband. Readers may (or may not) be surprised to find out that I am kind of a ‘man’s’ woman. Is that the way to put it? I’m kind of a guy. But, you know, if it was a guy that has re-read Gone with the Wind and loves watching the 5-hour Pride and Prejudice mini-series. Repeatedly.

Okay. Exhibit A: I love whiskey. I do. It started slow, with a whiskey and coke back in the day. Then I graduated to whiskey on the rocks. Then I became enough of a connoisseur to actually pick a rye from a straight whiskey. I have recently graduated to scotch (although, not the kind that makes you feel like you’re drinking the ashes from a campfire). And scotch, well, it kinda puts hair on your chest.

Exhibit B: I like action movies. This is partly due to my infatuation with super heroes and partly because I believe that Lethal Weapon is absolutely a Christmas movie. Along with Die Hard. Plus, I really just want to be Jason Bourne.

Exhibit C: I like manly dogs. Well, I like most dogs, but when I finally wore my husband down and got him to agree to a dog, I wanted a dog to go running with me. So I rescued a lab-husky mix named Sawyer. And then I needed to rescue his brother, Jack, because they were twins and basically unadoptable head-cases (that are now the loves of my life). Case in point: 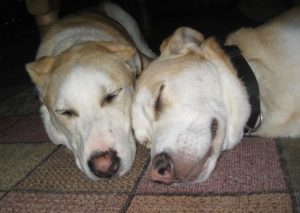 Oh my god, right? Are you kidding me? Cutest. Dogs. Ever.

Speaking of ‘manly dogs’ however, I did also manage to convince my husband that we needed a little dog that would be allowed on the furniture. (I’m a lawyer – arguing my case is kinda my thing.) Enter Oliver. A 7-pound Chihuahua that loves my husband like a cat loves catnip. So – even though I ended up getting a girly dog – he ended up being my husband’s dog, which means my man-card is still in full effect. My husband’s? Maybe not so much. Here he is with Oliver: 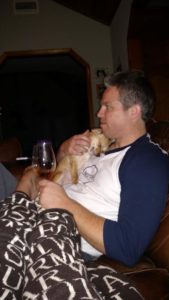 Is it me, or is that dog smiling? I’m pretty sure that Chihuahua is smiling.

Exhibit D: I love football. Correction: I love the Oakland Raiders (Gasp! She can’t be serious? The Raiders?). Yes. The Raiders. My big brother was a fan and I was a fan of my big brother. This translates to me being a Raiders fan since I was 10 years old. So, you could say I’ve been having a good season. (For the first time since 2002.) I guess my husband’s point was that I spend more time upsetting the dogs by yelling at the TV during an NFL game than he does. Once again, my man-card is securely intact.

So, to recap: whiskey + action movies + big dogs + football = guy’s girl. According to my husband, anyway. And on behalf of whiskey-drinking, Van Damme-loving women everywhere, I accept that. 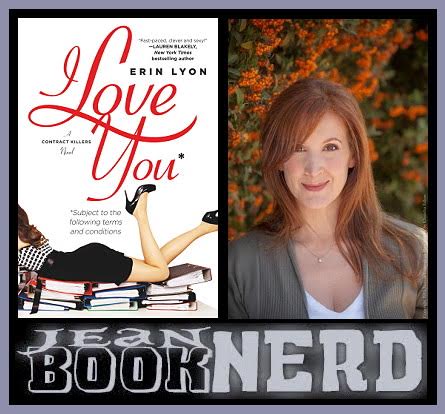 —Giveaway is open to International. | Must be 18+ to Enter

– 10 Signed Copies of I Love You Subject to the Following Terms and Conditions: A Contract Killers Novel by Erin Lyon