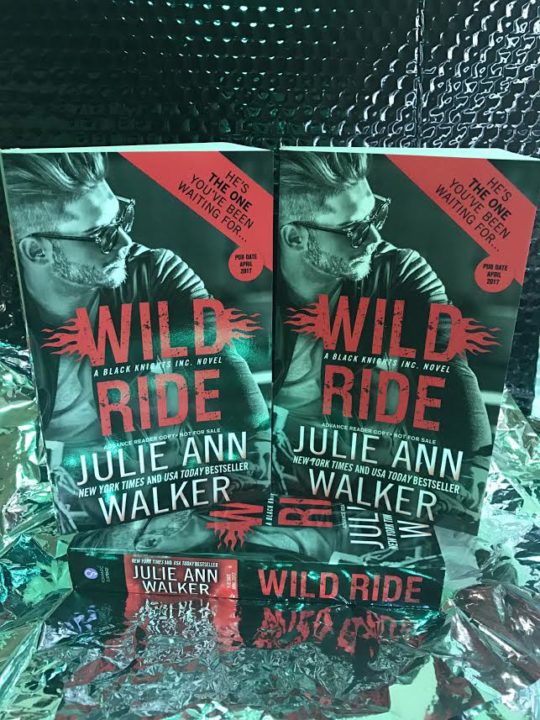 Sourcebooks Casablanca is gearing up for the release of Ozzie’s book, Wild Ride, so they’re giving the rest of the BKI boys a makeover! They’ll be releasing new covers of ALL of Julie Ann Walker’s Black Knights Inc. books, in anticipation of the April 4th release of Wild Ride!

First up is Rock from Thrill Ride! Below is the new cover along with an introduction to the characters from Julie Ann!

This is Richard “Rock” Babineaux.  And he comes by his nickname honestly.  He’s the cornerstone, the dependable one, the guy everyone wants at their backs in the custom motorcycle shop that provides the cover for the clandestine government defense firm known as Black Knights Incorporated.  A former Navy SEAL, Rock spends the time he’s not on super-secret missions for Uncle Sam either strumming his guitar, polishing the chrome on his tricked-out, handcrafted Harley chopper, or trying to avoid the advances of the ever-intrepid Vanessa Cordero.  Sometimes stoic, always philosophical, and equipped with a sexy Cajun accent, Rock is just the kind of man women tend to swoon over – including Vanessa.  But he’s got a secret.  One so big it threatens to destroy everything and everyone he knows and loves…

Meet Vanessa Cordero. But don’t let her soft, dainty exterior fool you.  She’s got the heart of a lioness.  A renowned military communications specialist, Vanessa is the newest member of Black Knights Inc. and is fluent in multiple languages.  Perhaps it’s her advanced ear for dialects and accents that makes her belly fill with butterflies whenever Rock starts talking in that smooth, drawling Cajun French of his, or maybe it’s just the heat she sees shining out at her from his lovely hazel eyes.  She prides herself on being tough, tenacious, and, above all else, true-hearted.  So, when Rock is accused by the U.S. government of turning rogue, she relies on what her heart is telling her and refuses to believe the charges leveled against him… 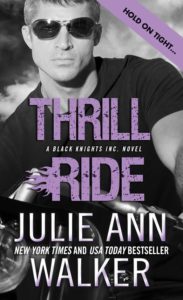 The hero we’ve all been waiting for…

In a black-on-black international mission that went seriously sideways, Ozzie was badly injured—now he’s stuck at BKI headquarters in Chicago, champing at the bit to get out into the field again. To his disgust, he’s tasked with distracting Chicago Tribune ace reporter Samantha Tate, who’s been trying to dig up the dirt on BKI for years. Turns out Samantha’s beauty, intelligence and sense of humor are a seriously big distraction, and Ozzie’s losing his desire to keep her at bay.

Ozzie’s tired of hiding, and Samantha may be the best—and worst—person to share his secrets with…

**Giveaway Ends 12.15.16 and open to all who can legally enter.
Open to residents of the US Only
Must be over 18 or have your parents permission to enter.
An email will be sent and you have 48 hours to reply or a new winner will be chosen.
The Winner will be announced within 48 hours at the end of the giveaway.
Giveaway is organized by Bookhounds and sponsored by the Publisher (email Bookhounds@hotmail to verify if you won!)
It has no affiliation with Facebook, Twitter or any other entity.
Void where prohibited.**
Not Responsible for lost, stolen or misdirected prizes.
a Rafflecopter giveaway