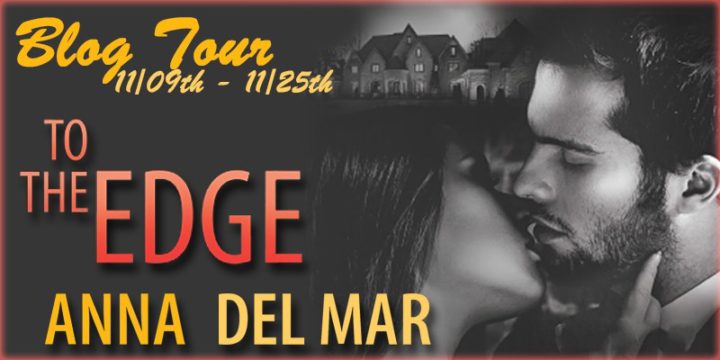 To learn about kink, she had to learn the ropes. Yet she never expected to be so compromised she’d need rescuing. And by him. The first man she’d ever loved. The former navy SEAL who’d broken her heart.

Naked. Cuffed. Caged. Is this the sweet senator’s daughter I left behind?

I didn’t know it was her when I rushed into that room filled with flames, but I’ll never let her go again.

She’s proposed a unique way to thank me. It could bring us both to the edge of ecstasy—or to the point of no return.

Clara wants to submit. To me. Totally. Damn any limits. The very thought of it has brought me back from the dead.

But a stranger is watching from the shadows. He’s made us his fantasy. And he plays rougher than I do. Where he’s taking us now is somewhere so dark, and so dangerous, that this time it could be inescapable.

Anna del Mar writes hot, smart romances that soothe the soul, challenge the mind, and satisfy the heart. Her stories focus on strong heroines struggling to find their place in the world and the brave, sexy, kickass, military heroes who defy the limits of their broken bodies to protect the women they love. She is the author of The Asset (Carina Press), the first novel of her Wounded Warrior series and three other novels scheduled for release during 2016.

A Georgetown University graduate, Anna enjoys traveling, hiking, skiing, and the sea. Writing is her addiction, her drug of choice, and what she wants to do all the time. The extraordinary men and women she met during her years as a Navy wife inspire the fabulous heroes and heroines at the center of her stories. When she stays put—which doesn’t happen very often—she lives in Florida with her indulgent husband and two very opinionated cats.

Meet Noah Blake: In order to learn about kink, Clara had to learn the ropes, but she never expected to be so compromised she’d need rescue by none other than Noah, the first man she ever loved, the ex-SEAL who almost destroyed her, the wounded warrior determined to reclaim her heart and fight for redemption to the very edge of sexual obsession.

And now, let’s get to the guys. They’re both alphas who don’t have the time, patience or inclination to talk a lot, but they’ve agreed to answer three questions exclusively for Bookhounds’ readers.

Anna: Josh, Noah, welcome to Bookhounds. How did you guys meet and how are your stories At the Brink and To the Edge related?

Josh: Noah and I met at the Naval Academy. He was a year behind me. We also served together in Iraq and Afghanistan. Noah was an early investor with my company, Phoenix Prime. After returning from the Middle East, Noah joined Phoenix Prime’s newly created cybersecurity unit, a private-public partnership staffed by a group of highly qualified ex-Navy SEALS dedicated to fighting cyberterrorism.

Noah: Josh is being factual and succinct, as usual. I appreciate his discretion, but I should add that I’m fighting a severe case of agoraphobia—which is why you came to me and not the other way around—and that Josh runs our PTSD support group. Our stories are similar in that we’re both ex-SEAL and wounded warriors working as a team in cybersecurity. In both of our cases, we were functioning at very high levels, and yet we weren’t really living. That is, until Josh met Lily and I met Clara.

Josh: Excuse me. For the record. Lily is not my girlfriend. She’s my fiancée.

Anna: Sorry, I didn’t know she had agreed to marry you.

Josh: Mark my words. Lily’s going to marry me. It’s just a matter of when.

Anna: Oh, I believe you. And so will anyone who’s read At the Brink. How did Lily and Clara change your lives?

Noah: In my case, Clara saved me.

Anna: I thought it was the other way around. In fact, I’m sure that if we asked Clara, she’d agree with me.

Noah: It’s true I saved Clara from a fire that broke out during her first experimental session with kink. She was cuffed and trapped in a cage. She was shocking, stunning. When I first saw her, I thought she was an image right out of my erotic fantasies. But once she was back in my life, once we discovered we’d been kept apart by years of lies and regret, I knew I wasn’t going to let her go again. Ever. She was in danger and I was determined to protect her. She proposed a unique way of thanking me for the rescue. She asked me to become her Dom. With that request, Clara brought me back from the dead.

Anna: How about you, Josh?

Josh: Lily’s my world. I’m going to leave it at that.

Noah: Lily changed Josh. She redeemed him. She humanized him and returned him to the ranks of the living.

Josh: I agreed to ten minutes and a lightning round interview. Are we done here?

Anna: I’m going to close with the question everybody wants to know. What’s with the kink, guys?

Josh: I don’t have to explain my sexual preferences and I won’t apologize for them either.

Noah: What my girl wants, my girl gets. In full. 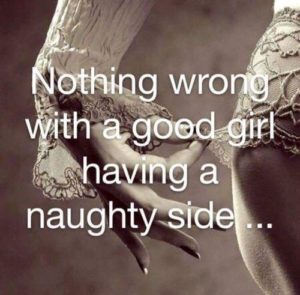 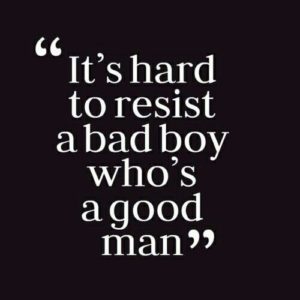 The To The Edge will be on tour with lots of exciting Guest Posts and Interviews with Ann Del Mar!